On August 23-24, the Twitter accounts of several major YouTubers were hit by a group of hackers, all using the hashtag #ChucklingSquad – and now, they’re hitting Instagram, targeting former Disney star Debby Ryan.

Ryan’s Instagram account was compromised on the afternoon of September 13, just a few weeks after the accounts of several top YouTubers were hacked.

In keeping with their signature style, the hackers changed Ryan’s profile name to “Chuckling Squad,” linking to a private Discord channel in her bio.

That’s not all: although now deleted, screen recordings of the incident show that the hackers posted multiple photos to her account, with some showing screenshots of Twitter accounts all linking to a website labeled “terrorist dot com.”

A photo from a deleted Instagram story also shows a Snapchat Bitmoji of an unknown person, which appeared to threaten to leak nude photos of the actress.

Ryan herself spoke out on the issue in a Tweet the very same day, assuring concerned fans that she was well aware of the malicious hack.

“Yeah, no, I know,” she simply Tweeted of the matter.

yeah no I know

Ryan isn’t the only high-profile personality to have been targeted by the group, by far: YouTube stars James Charles, Shane Dawson, and even the Twitter account of deceased YouTuber Desmond “Etika” Amofah were targeted last month, with the hackers posting offensive messages to their profiles and similarly threatening to release nude photos of the hacked celebs. 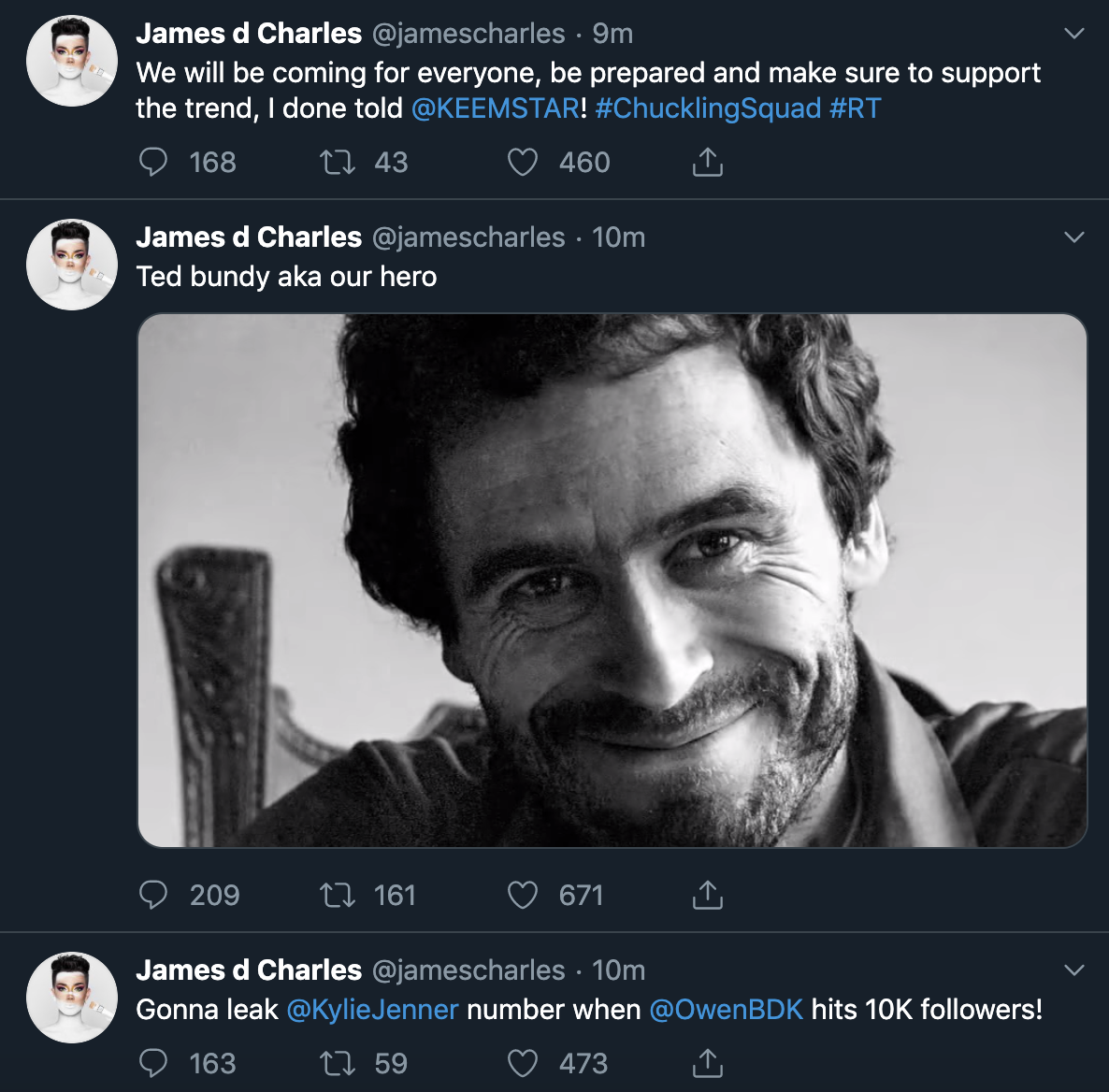 Even Twitter co-founder Jack Dorsey was hacked by the same group, always using the hashtag “#chucklingsquad” and linking to a Discord channel.

Twitter later confirmed that the hack was due to a “security oversight” from Dorsey’s mobile provider, which “allowed an unauthorized person to compose and send tweets via text message from the phone number.”

The phone number associated with the account was compromised due to a security oversight by the mobile provider. This allowed an unauthorized person to compose and send tweets via text message from the phone number. That issue is now resolved.

However, it looks like the hackers have since moved on to other platforms, and are now targeting major celebrities in wake of their massive Twitter attacks in late August.

With none of the hackers having yet been identified, it looks like their reign of terror isn’t over – and there’s no telling who they’ll target next.