15-year-old YouTuber Danielle Cohn received a massive online following for her music career – but now, the social media star is turning heads for a different reason.

Cohn posted a divisive Tweet on April 11 appearing to hint at a possible pregnancy, simply writing, “8/14/19” – which many believed to be a due date.

This theory seemed to be backed up by Cohn’s boyfriend, Mikey Tua, who posted a similar Tweet on the same day, this time using the hashtag ‘#manibaby.’

An elaborate pregnancy announcement… and a Vegas wedding?

The couple later uploaded a video announcing to their parents that the two were, indeed, expecting – but that wasn’t the end of their announcements, by far.

Cohn went on to upload a video of her marriage to Tua in Las Vegas, where they were joined in matrimony by an Elvis Presley impersonator, later posting a photo of their marriage certificate to Instagram as proof of their union.

Rumors of her pregnancy were further inflamed after Cohn posted a telling photo to Instagram on April 11, showing Tua kissing her exposed stomach.

Despite these posts, critics theorize that the couple is merely playing an elaborate prank on their parents, while others are taking issue with Cohn’s young age in relation to her potential pregnancy.

Is it all just a prank?

Speculation has since arisen concerning Cohn’s real age, with some fans wondering if the YouTuber is truly 15 years old, after all.

Cohn’s public YouTube profile states that she was born on March 7, 2004, rendering her 15 years old as of 2019; but this date isn’t appeasing some fans, who claim that she was actually born in 2007.

Cohn’s gender reveal party likewise received ample speculation, with fans noting that pregnant mothers have to wait for about 16 – 20 weeks for an accurate ultrasound of their baby’s gender, which doesn’t seem to add up with Cohn’s announcement on April 11 – nor her apparent lack of a prominent baby bump. 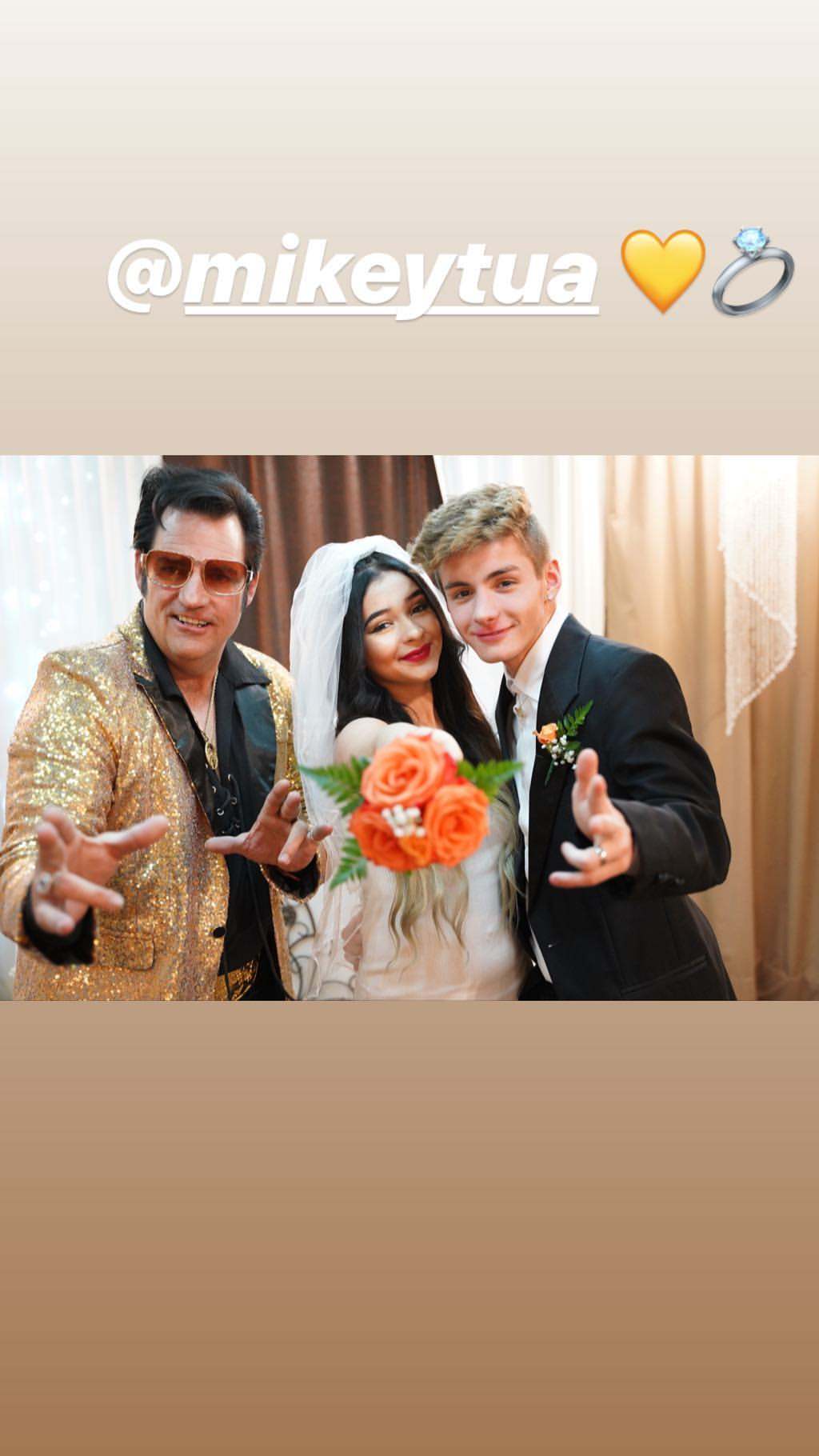 Danielle’s Vegas wedding is raising eyebrows across social media, with some fans hoping that her matrimony is merely a prank.
600

Even Drama Alert’s Daniel ‘KEEMSTAR’ Keem weighed in on the issue, theorizing that Cohn’s wedding and pregnancy are both a stunt to gain views on YouTube.

“This cannot be real,” KEEMSTAR said of the debacle. “I don’t believe this. I don’t think she’s pregnant… I think this is all BS for YouTube.”

Whether or not Cohn’s pregnancy is legitimate remains to be seen; however, the YouTuber’s possible ploy is certainly convincing, as she continues to keep up what could be a massively elaborate charade.