Valve Releases the Dota 2 Trove Carafe for the International 2019

With just hours to spare before the bracket begins, Valve has released the long-awaited Trove Carafe 2019 to its eager fans. This treasure trove features all-new items for Bounty Hunter, Crystal Maiden, Nature’s Prophet, Arc Warden, Templar Assassin, Chaos Knight, and Tusk. With every trove you open, you also get a chance at a rare Techies item set, very rare golden versions of the Tusk or Crystal Maiden items, or an ultra rare Monkey King set. 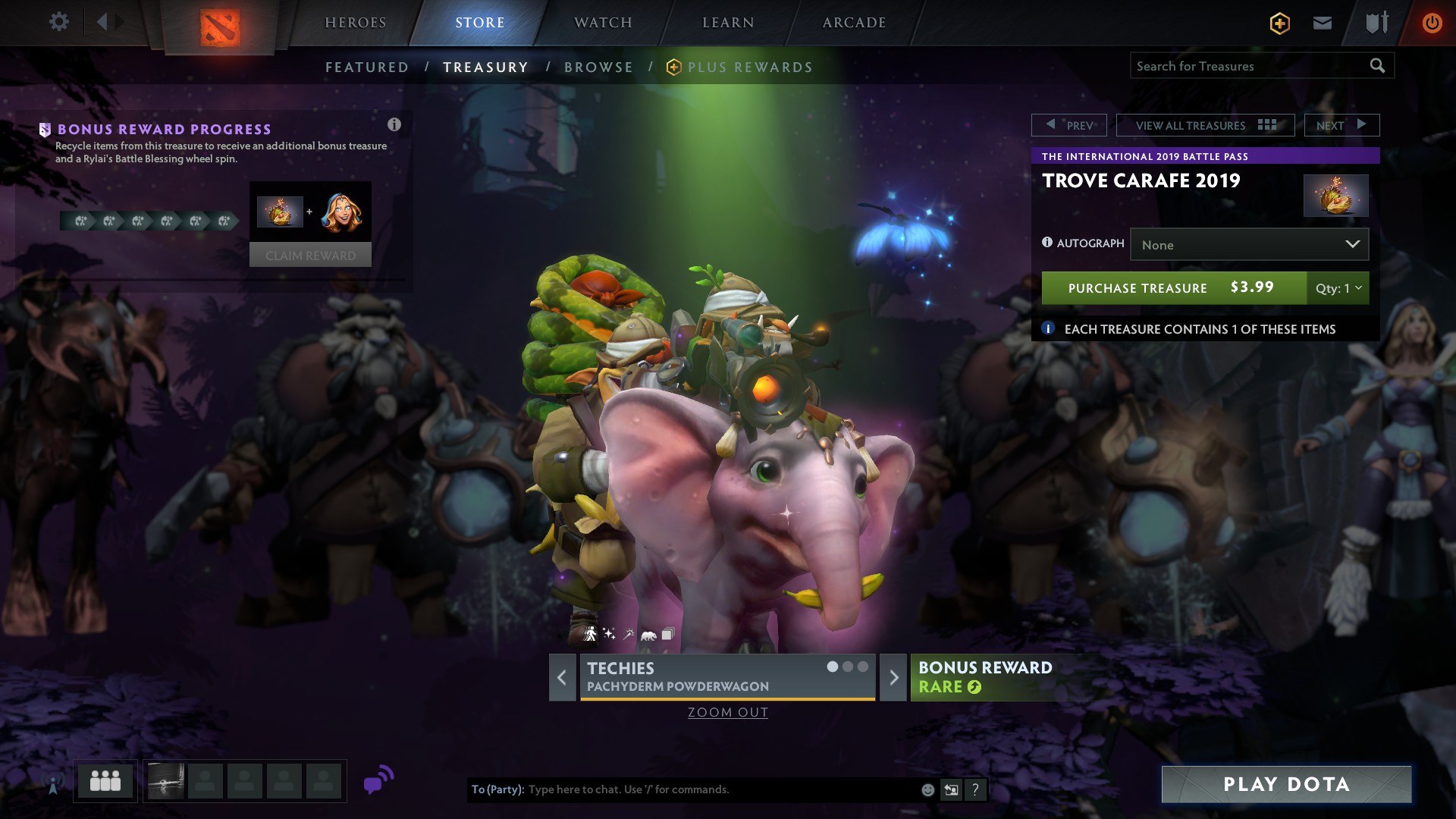 In addition to these items, you can also get them transcribed with the autograph of your favorite member of the illustrious broadcast talent group from this year’s International. Attendees live at the Mercedes-Benz Arena in Shanghai will also have the chance to receive special item drops during the Main Event.

To put into perspective how valuable these items become: the very rare Golden Mandate of the Stormborn from last year goes up from $20 on the Steam market. The extremely rare Axia of Metira is currently valued at $100. The Golden Huntling from the 2015 Golden Trove Carafe is as low as $50. 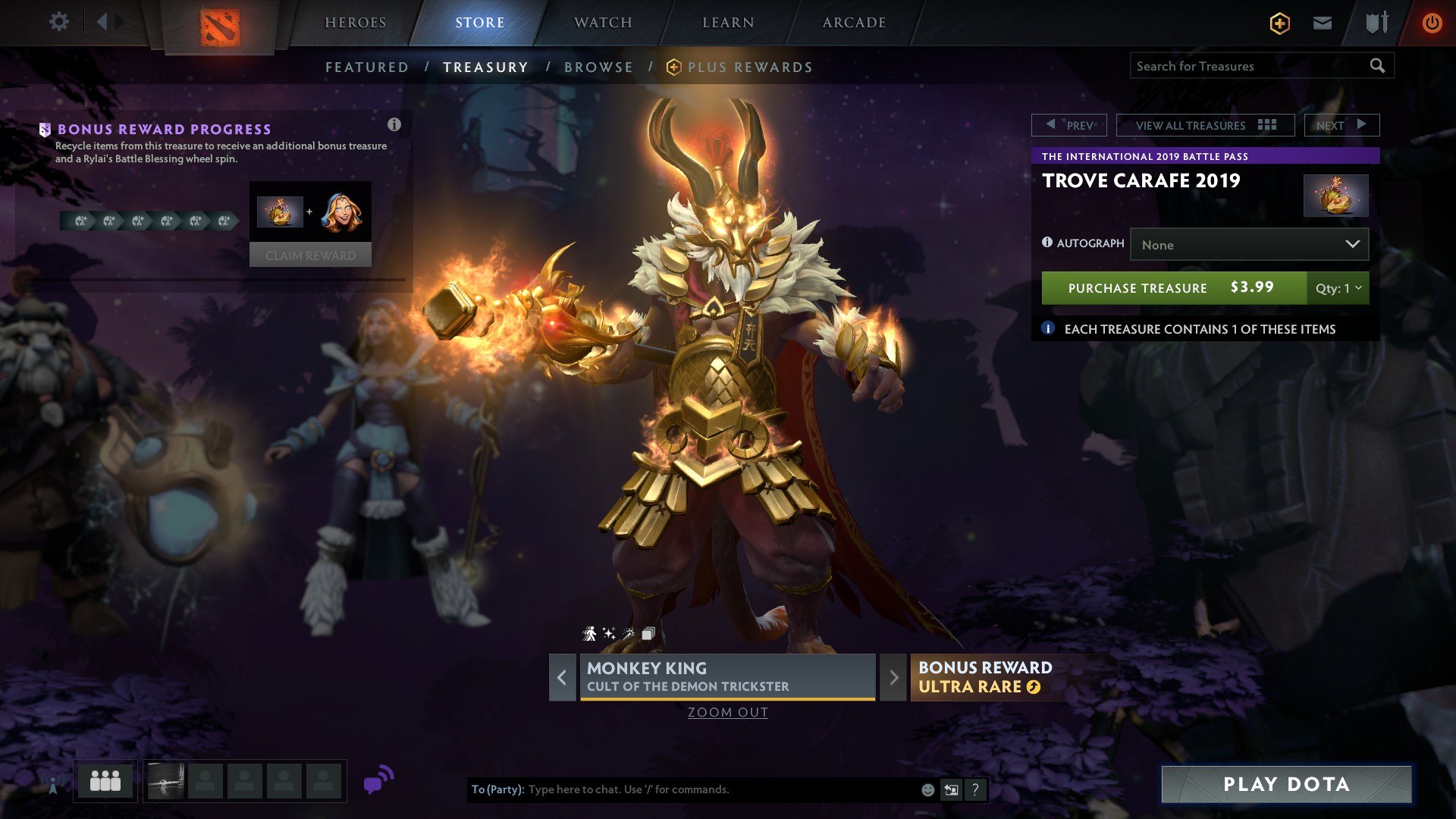 The rarest item in this year’s Trove Carafe is the ultra rare Monkey King set, which is called Cult of the Demon Trickster, and it is absolutely stunning. It might be worth selling your entire Steam inventory in a few months just to get your hands on it.

The main event for The International 2019 is scheduled to start at 9:00 pm EST with opening ceremonies and some words from beloved Valve co-founder Gabe Newell.