A Dota 2 patch dropped on October 10 that introduced improvements to the matchmaking system, but players have been experiencing long queue times since the update.

Getting proper matchmaking implemented in games, particularly MOBAs, is very important and Valve have been working towards getting it right.

The most recent patch to hit the game continued to make improvements to the system, but there’s still a lot of work to be done, as evidenced by the long queue times. 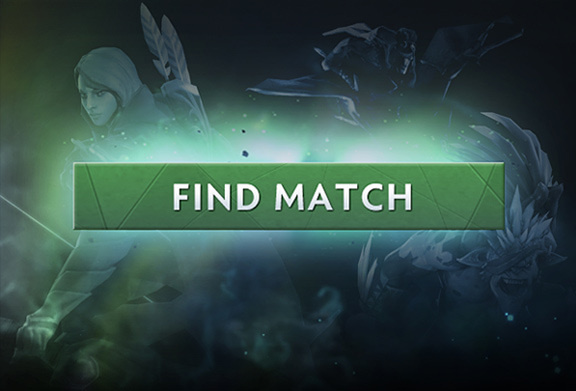 Dota 2 matchmaking has been tough since the October 10 update.
[ad name=”article2″]

Things have gotten so bad with the queues that Valve had to release a statement to let players know they are looking into it.

They explained they might roll back some of the quality settings for this weekend as they work to figure out what is causing the long wait times.

“We are aware of matchmaking queue times taking a very long time and are working on improving it,” Valve tweeted. “We may need to slightly relax a few of the new quality settings for the weekend and then we’ll continue tightening things on Monday.”

It’s never good to see a team run into snags like this, especially when it comes to something as important as matchmaking, but the developers felt like having players get into games was more important in the meantime.

We are aware of matchmaking queue times taking a very long time and are working on improving it. We may need to slightly relax a few of the new quality settings for the weekend and then we'll continue tightening things on Monday.

These matchmaking changes were originally implemented for a variety of reasons, including the abuse found in party games at the high ranks.

The fix took anyone who was ranked “Immortal” and treated everyone in their party and identified them as the same rank, which means the lower-ranked players would have a difficult time against stronger opponents.

Another big change was 5-person parties would only be matched against fellow stacks of five, which was supposed to help level the playing field.

It’s always hard for a group of randoms to take on a full group in Discord with precise communication, so it’s a welcome change.

Valve’s statement made it sound like some of the stricter parts of it’s new matchmaking rules would be rolled back for the weekend while fixes were made. So don’t be surprised if you end up with someone out of your league in your games this weekend.