How two underdog Dota 2 teams shocked the world at TI9

Infamous Royal Never Give Up Sponsored The International 2019

Royal Never Give Up never gave up. Infamous made themselves famous. And no one in Shanghai expected that much of either team.

The dominant storyline at TI9 has been its underwhelming favorites. Team Liquid, despite their impressive recent playoff performances, looked rough in the group stages and weren’t supposed to start in the lower bracket. Team Secret wasn’t supposed to drop to the lower bracket at all. Virtus.Pro are still haunted by a TI curse, and their pre-tournament favorite status only makes their early exit more disappointing.

But no more talk of disappointment, let’s talk about the underdogs who over achieved: Royal Never Give Up and Infamous. 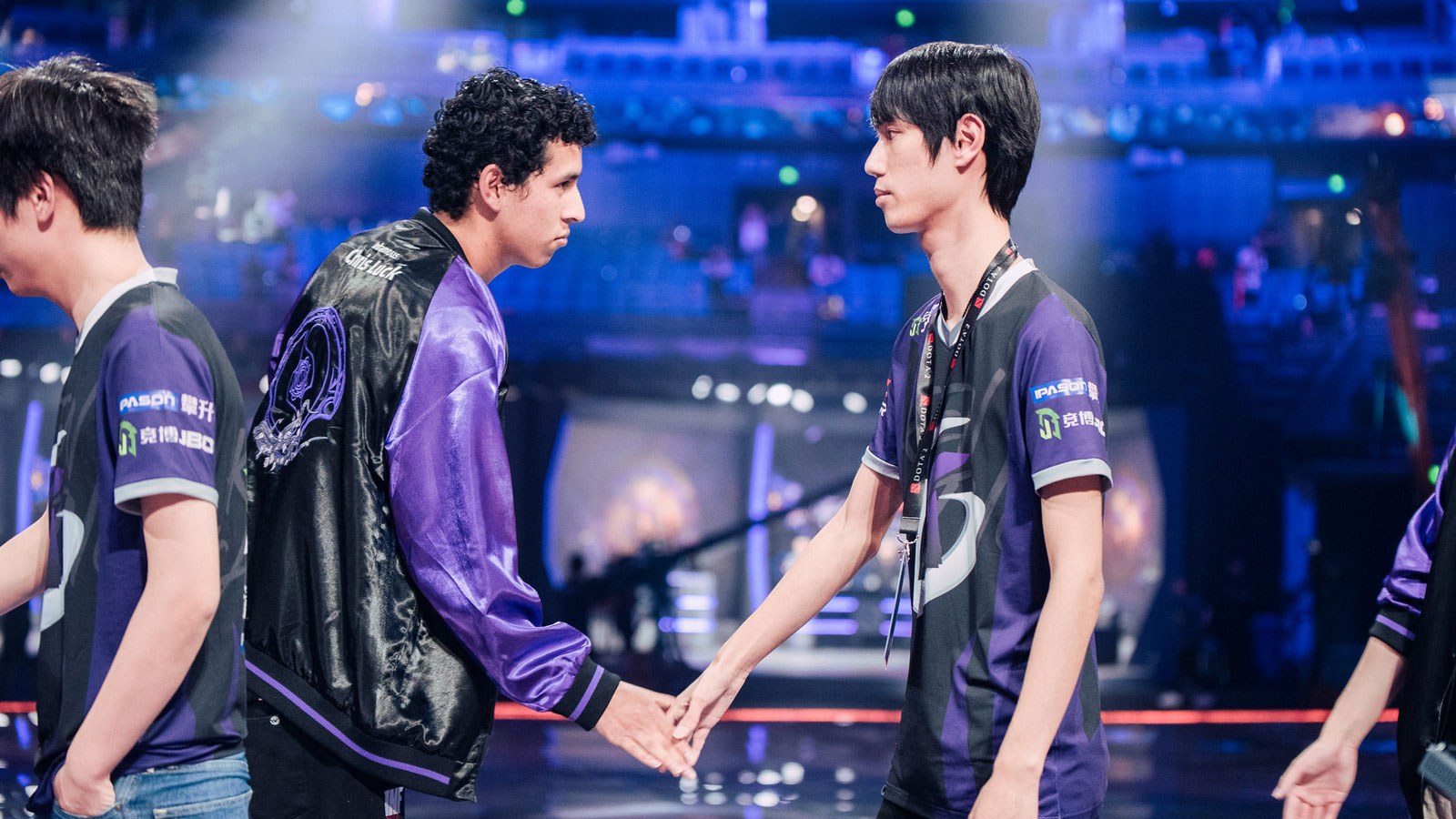 Royal Never Give Up is a staple of excellence in League of Legends. They’ve achieved several split victories in LPL, and have finished in the top eight at Worlds in the past three years. But their Dota 2 division is unproven, formed just a year ago after the International 2018.

Even after a breakout performance at DreamLeague after just recently forming, they were unable to qualify for majors against some tough local competition.

But at the China qualifier for TI9, RNG advanced through the lower bracket, defeating household Chinese Dota names like EHOME, Invictus, and CDEC to earn a spot at TI9. RNG were in trouble after day two of the group stage, they picked up two big 2-0 wins against Na’Vi and NiP, on the shoulders of their core player Du ‘Monet’ Peng.

RNG rode on Monet’s shoulders against Alliance, as they won a clutch teamfight at 42 minutes against a broke Alliance who couldn’t buy back, and RNG knocked the TI3 champs out in one game.

With momentum, a loud crowd, and a TI curse on their side, RNG stunned tournament favorites Virtus.Pro in the next round in just two games, through superior drafting and smart play alone.

You’ve probably heard what Nahaz said about the Infamous haters.

Here’s some context to this Infamous run. Infamous signed this roster less than two months ago, and a week later, this unproven mostly Peruvian roster stomped through the South American qualifier. Their only loss was a 2-1 to paiN Gaming, who they ended up beating 3-0 in the grand finals.

This team showed up to TI9 despite the disrespect towards the South American scene, held their own in the group stage, and then knocked out a Chinese roster and a Chinese organization with little to zero crowd support.

These two teams came in with no expectations and no perceived chance of winning anything. Instead they made deep runs into the bracket, knocked out some very good teams, and each eventually fell to ultra-talented teams that had no business being in the lower bracket. Before TI9, these two orgs had a combined winnings total of just over $525,000. And now they each just took home $850,000. Statement made.