Stuchiu: The 10 best Dota 2 players to never win The International

The International exudes a gravity in the Dota 2 scene that is unmatched by any tournament for their respective games. Many consider it the alpha and omega of achievements, the only title that matters in the Dota 2 space.

Before I begin, I will explain the criteria I used to make this list. I measured consistency, peak performance, longevity, and role importance. Consistency pertains to how long a player stayed within the top competitive sphere of players. Peak performance measures a player’s ceiling. Players that sustained their ceiling for longer periods of time were favored. Longevity looks at the length of time a player was relevant at the elite levels of Dota 2. Finally, role importance looks at how integral a particular player was for their team’s success. This favored core players and stars that that defined their teams. 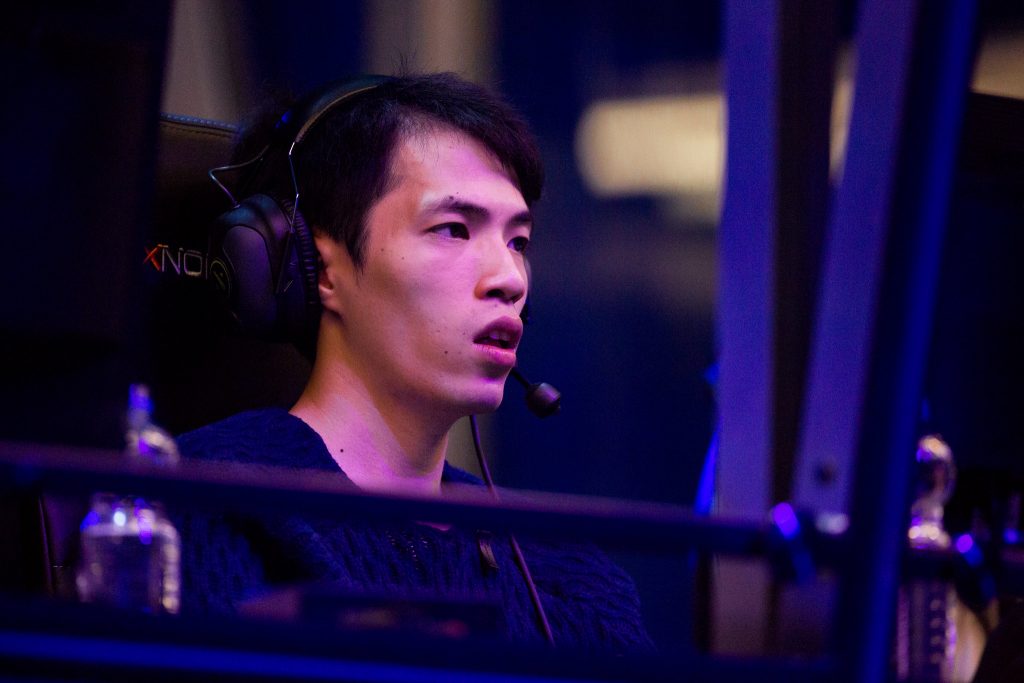 DDC is the only five support who made my top 10 list, being one of the most consistent five supports of all time. In fact, his consistency was so incredible that he was nicknamed “The Ticket,” as he attended every International up to TI8. He was one of the last remaining players to attend every TI, and his streak was broken at TI9.

At the age of 29, DDC is one of the older veterans in the scene. When viewed in that context, it’s surprising how consistently good he plays the five position role. His overall style hasn’t changed much, and while that doesn’t sound like an especially difficult achievement, when put into the context of the patches and meta changes of Dota 2, it’s astounding. DDC’s raw longevity and consistency got him in the 10th spot on my ranking. While not currently on a top team, it wouldn’t surprise me if DDC rose up to be part of a winning Chinese team once again. 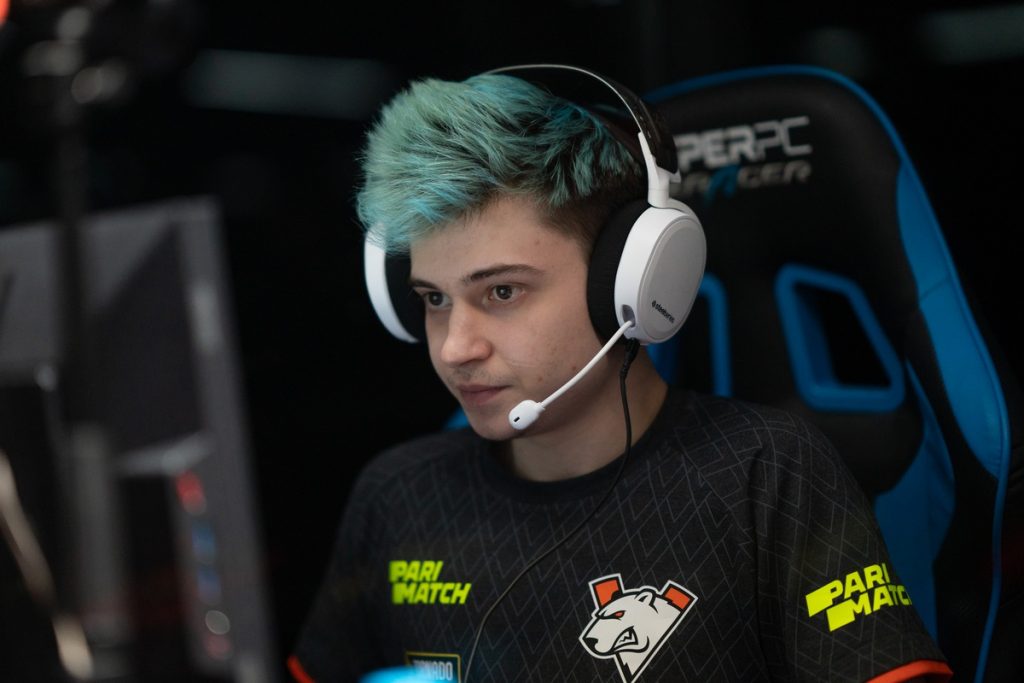 Unlike DDC, RAMZES666’s entrance into the scene started much later, as he only broke into the international scene in late 2016 as part of Virtus.Pro. Despite his much later entrance, he’s already made a big splash in the competition, being one of the two big carries of the two Virtus.Pro lineups of 2017 and 2018. He was also very consistent in both and the 2018 lineup of RAMZES, Vladimir “No[o]ne” Minenko, Pavel “9pasha” Khvastunov, Ilya “Lil” Ilyuk, and Alexei “Solo” Berezin – one of the greatest lineups of all time.

After Virtus.Pro’s collapse at TI9, RAMZES66 joined EG as their offlaner. It remains to be seen how well he will perform for the team, but it’s quite possible that he could jump up in this list – or win a TI and be removed. 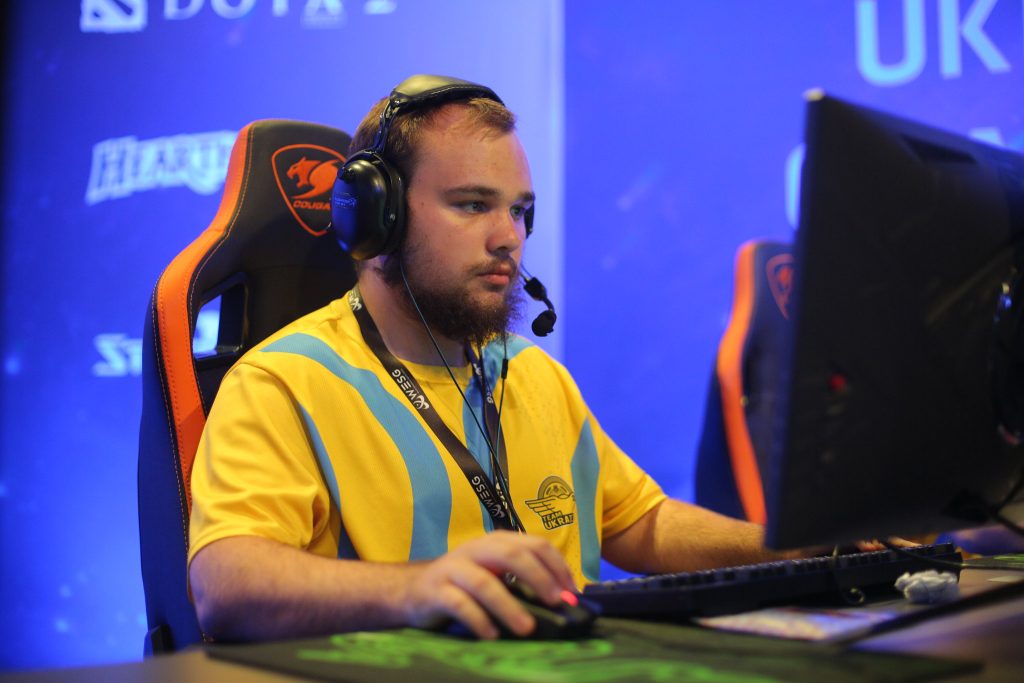 Coming in 8th place is RAMZES666’s former teammate, No[o]ne. It was hard to rank between the two of them, as their most relevant results had both players compete in the same lineups. Both were consistent carry threats, and each contributed to the VP “Win lane, win game” style. In the end, I favored No[o]ne, as I thought he hit higher peaks and was more consistent at The Internationals.

While neither RAMZES66 or No[o]ne have had success at the International comparable to their talents, both are still among the best players to have touched the game. 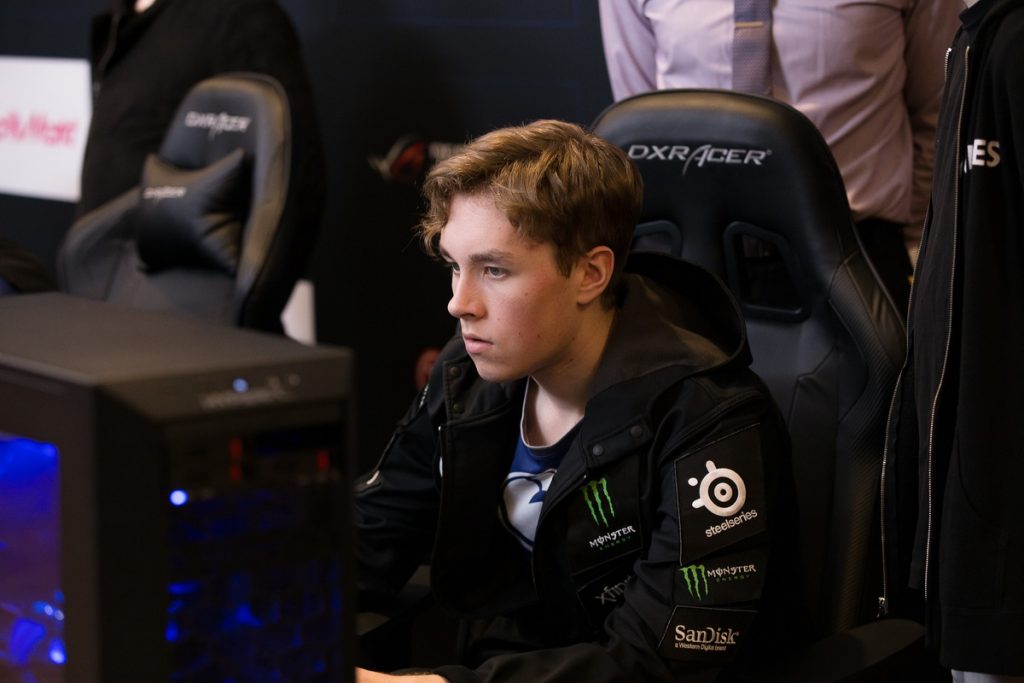 Ever since zai entered the Dota 2 scene on SADBOYS, he’s been one of the great players of Western Dota. On EG, he was the playmaking support that set the tone for the squad. On Secret in 2015, he was a brilliant offlaner, and while the TI run was a disaster, zai individually had one of the best performances of any player that tournament.

He then took a hiatus to finish his high school education, and upon his return, immediately soared back to the top. He helped power EG to a 3rd place finish at TI6, was the second best player on the 2017-2018 OpTiC lineup, and is arguably the best player on Secret. Zai’s consistency in the recent years in multiple lineups, paired with his ability to shift between being a great support and great offlaner, pushed him to 7th on my rankings. 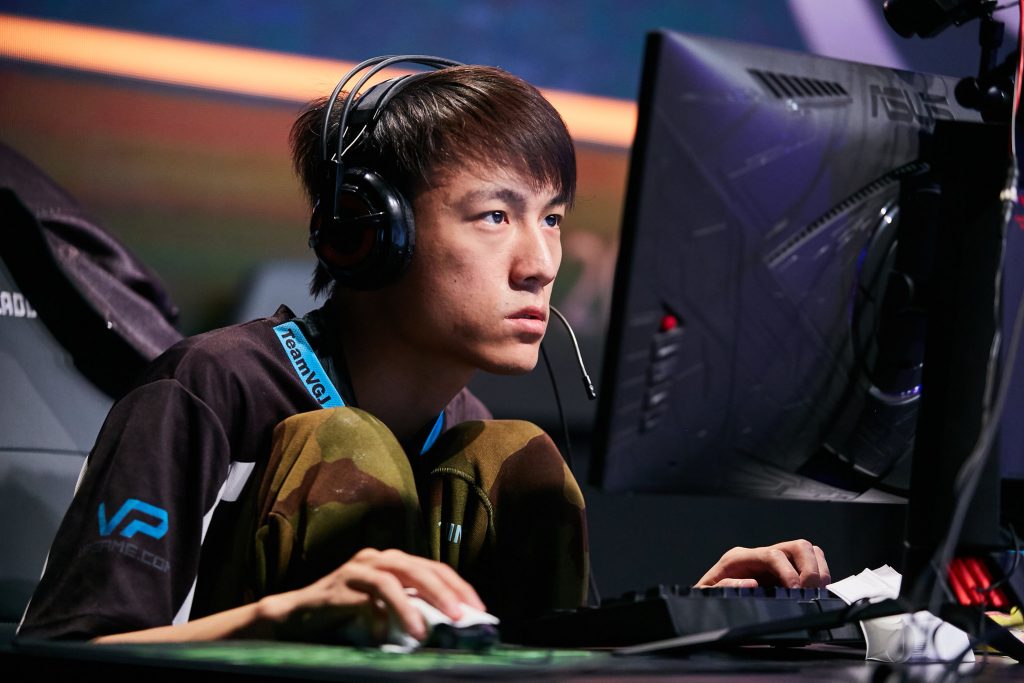 Sylar is arguably the most underrated Chinese Dota 2 player in history, but when the community discussion revolves around who the best carries are, his name rarely pops up. Like DDC, Sylar has been competing at the top of Dota 2 since the very beginning. As a carry, he is one of the most complete in history. He can play every type of style and hero with a great level of consistency.

In the old days, he was most often playing the hard 1 position. As the years went by though, Sylar showed different sides of his play. He could be an aggressive skirmisher, a sacrificial role player, or initiator. What’s more, he had very little variance in his play. He may not reach the ceilings of someone like Wang “Ame” Chunyu, but Sylar makes far fewer mistakes. His stability, consistency, and skills have made him a staple veteran that never overstayed his welcome in Chinese Dota.

What’s more, Sylar’s level of consistency, versatility, and longevity is astounding when you consider the different eras, patches, metas, and teams he’s experienced – and is one of the best carries to ever do it. 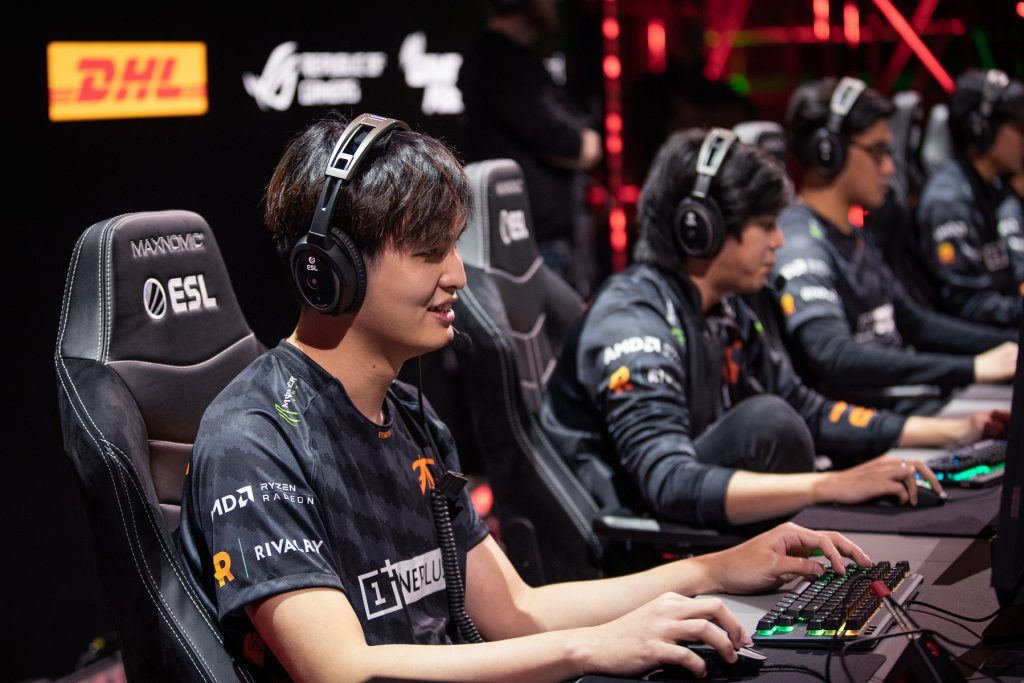 Iceiceice is probably the best offlaner in Dota 2 history. It’s hard to define that accolade, though, as offlaners do vastly different things depending on the team and lineup in which they play. Thus, the reason I consider iceiceice the best offlaner is because he is the only one I’ve seen do it all, and prove it across a vast array of different lineups and teams.

Iceiceice is most well known for his space-creation offlane style, but he’s also played greedier team-fight heroes, sacrificial role players, and at times carry Invoker (during his DK days). If you were to rate offlaners based on what they could do across the myriad of different roles and rate them, iceiceice would likely have the highest scores across the board.

The only thing hard to rate about iceiceice is his consistency. Outside of his years playing in China, he’s largely played in the SEA region on relatively weaker teams. Those teams weren’t consistently great, and often had problems evolving throughout the year. Even so, iceiceice has always looked brilliant, and his entire body of work is strong enough to place him at fifth. 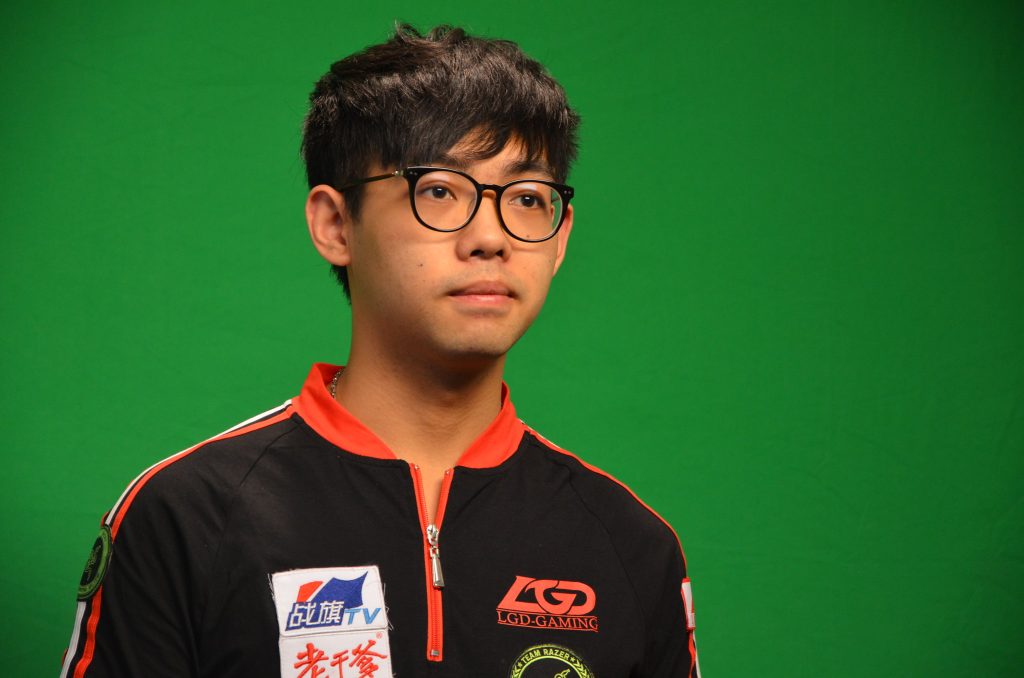 Coming in fourth place is Maybe, one of the best mid laners in Dota 2 history. He’s often compared to Sumail “SumaiL” Hassan, as both are play-making carries that often define their team. Both were also considered superstars of the next generation when they broke out in 2015. SumaiL got his wings by playing with EG, while LGD created CDEC to let Maybe grow.

Maybe has played at an incredible level for the last 5 years. From 2015-2018, he was the best Chinese mid laner, and went unchallenged in that spot until Zeng “Ori” Jiaoyang broke through in 2019. While Maybe is far more oriented to hard carries or high tempo heroes that either crush the lane or gank the enemy, he’s also shown enough versatility to be a role player, as well.

His dominance, consistency, and role importance in the last five years put him 4th on this ranking. 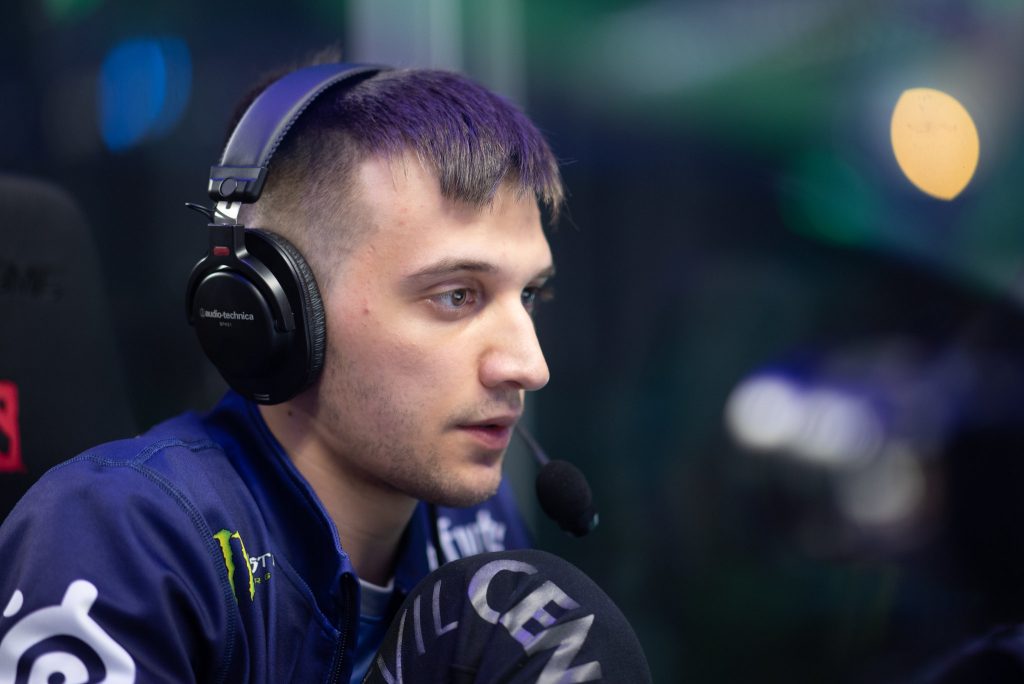 Arteezy has never won a Valve sponsored event, but that doesn’t preclude him from being one of the greatest players in Dota 2 history. In fact, the entire point of that particular meme is to showcase the strange dissonance between our expectations and reality. Anyone who has ever watched Arteezy play realizes that he is a fantastic core player, but for whatever reason, he has yet to win either a Major or a TI.

Arteezy has proven himself a consistently good player from 2014 to now. His only down period spanned during his strange Secret stack in the middle of 2016. Outside of this, he changed the meta with EG in 2014. He was the carry player of the all-star Secret line-up in 2014. From 2016-2018, he dropped from his perch a bit, as other superstar players took the spotlight like Sumail, Amer “Miracle-” Al-Barqawi and No[o]ne. In the 2018-2019 DPC, though, he had a bounce-back year, as he was the best player on EG. 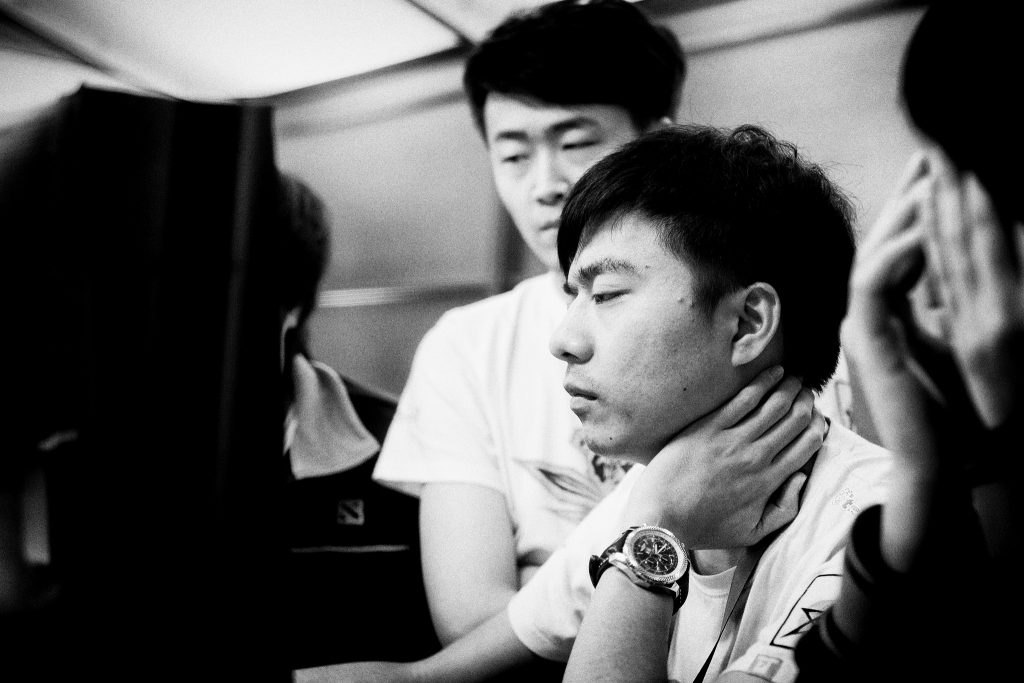 The Emperor makes second place on my list of the greatest players to never win The International. In the first half of Dota 2 history, BurNIng was the epitome of what a carry player should be. He was best known for being the best hard carry for the 4-protect-1 style. He was so good at it, in fact, that you could sometimes tell when a BurNIng team was about to fall apart. When they couldn’t figure out what to do in a meta and had to play a bo3, the BurNIng team would lose the first game. In the second, the drafted Anti Mage, whereupon BurNIng won the game. In the third, the opposing team banned Anti Mate, and then the BurNIng stack lost.

While BurNIng was the epitome of that hard carry style, he was also the most complete carry player. Like Sylar, he could play every style, hero, or role on which his team placed him. The difference, though, was that BurNIng played at a higher level across the board.

As for why BurNIng rates so high, it’s because of the role he carried throughout his career. While he was on good teams, none of them outside of DK were ever all-star lineups. BurNIng was almost always the polarizing piece, and had to play at a consistently high level to see success. In the DK lineup, when he was surrounded by stars, BurNIng had the hardest role, as he was tasked with playing all kinds of carry heroes to fulfill whatever strategy the DK team wanted – most famously going 9 different carries for 9 different games and winning them all. BurNIng is also one of the few players to reinvent himself as a top carry during the 2017 iG lineup. While BurNIng is retired now (and not the Chinese version of retirement), he still stands as one of the greatest players in Dota 2 history. 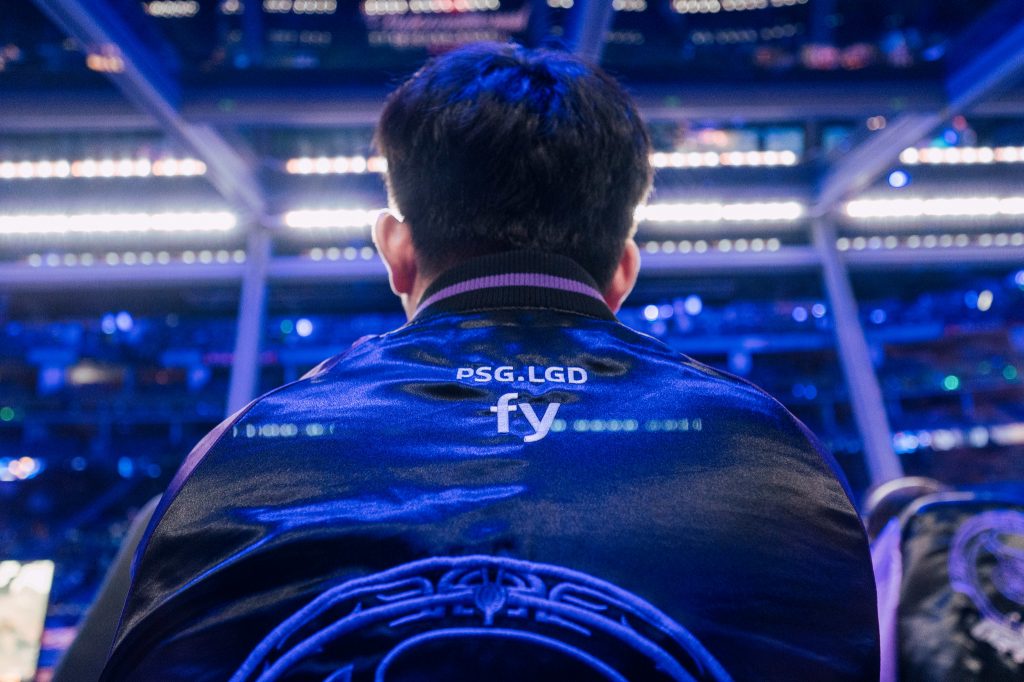 It is perhaps fitting that the Prince supersedes the Emperor. Fy isn’t just the greatest player to never win The International, he’s the best support player ever, and on the shortlist of the greatest to ever do it. Since coming into the scene in 2013, Fy has been a polarizing force on all of the Chinese squads he’s played. He isn’t just a playmaking four – he is The Playmaking Four.

No other player on this list has consistently played at the peaks that Fy has in his career. Fy’s aggression has characterized some of the best Chinese lineups in history, like the 2014-2015 VG squads or the PSG.LGD lineup. The great tragedy of Fy is that, throughout the year, he is either the best support or among them, and then plays at an even higher level at The International. Despite that, he has yet to touch the aegis and has lost the finals twice. Like BurNIng, Fy was a polarizing force for his squads and due to his exceptional peaks. I gave Fy the nod as the greatest player to never win TI.