Virtus Pro Dota 2 player Alexei ‘Solo’ Berezin has threatened to boycott the upcoming Epicenter major in Russia, unless Valve speaks up about the ongoing situation with OG’s Sébastien ‘7ckngMad’ Debs.

The row about 7ckngMad’s comments, who also goes by the name Ceb, kicked off on May 23 when one player posted screenshots of the OG player making allegedly racist comments towards Russian players in-game to the Dota 2 subreddit.

While members of the subreddit were split about what had happened, 7ckngMad apologized for what had happened, citing the fact that he had been ‘trolled’ by a toxic player who had been antagonizing him. Despite that, the fallout has now seemingly impacted the professional scene. 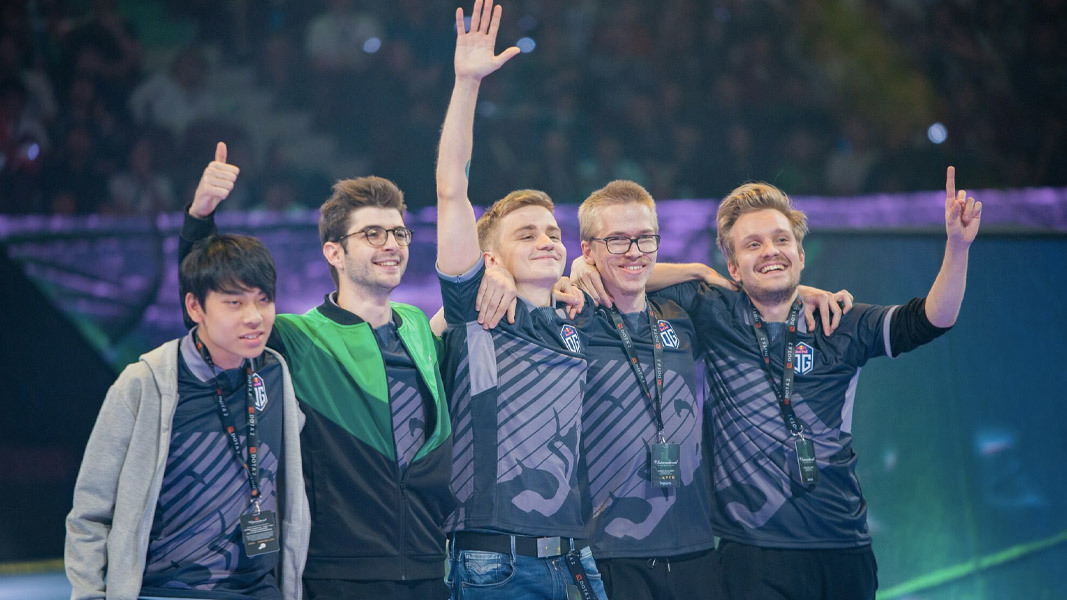 Ceb was part of the OG squad who captured TI success in 2018.

Hours after the Ceb drama had initially begun on May 24, pros chimed in on the situation. The most notable was Solo, who dropped a lengthy post on Russian social media site VK with his thoughts. “Russian whores who would sell their mothers for MMR. That’s not the kind of stuff you say even if you get frustrated,” started Solo – zeroing in on Ceb’s comments.

“Schizophrenic animals from Russia. Third world dogs. You simply can’t say these things no matter what caused them. I am proud to be Russian and your words leave me speechless.” Yet, Solo wasn’t done there. After explaining his feelings on the situation, including the reasons why he had to speak up about it, he called on Valve to intervene.

He concluded: “I won’t be participating at the upcoming Epicenter Major that will be played in my home country unless Valve openly speaks about this case and ensures consistency and transparency when it comes to treating racism in our game.” 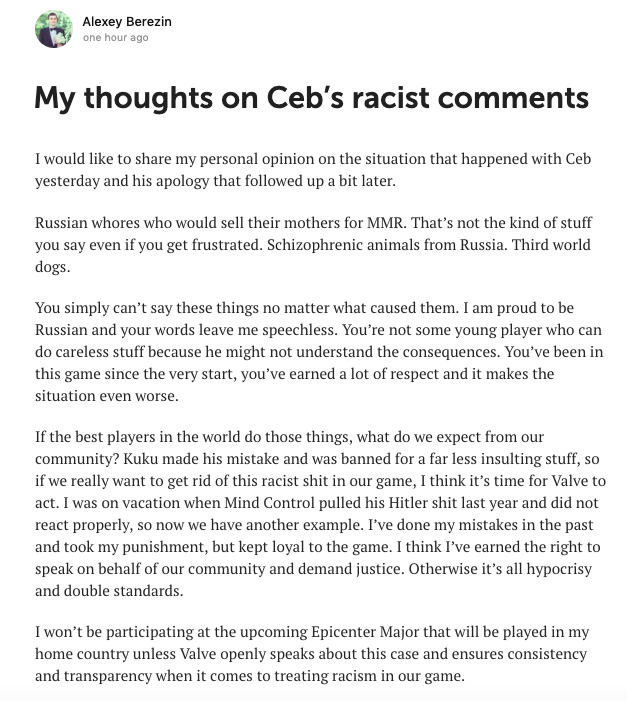 It remains to be seen if Valve will intervene in the situation like they did when Carlo ‘Kuku’ Palad was banned from the Chongqing Major back in December for comments towards Chinese players.

As of now, Solo is currently the only player threatening to boycott the Major, which kicks off on June 22. With VP being a hometown favorite, going in search of qualification for the upcoming International, everyone will want Solo donning his team’s colors in Moscow.