WePlay! Have announced the dates and locations for the January Dota 2 minor that will take place before the subsequent major, as part of the Dota Pro Circuit. The location they’ve chosen is one that very few people expected.

As the post-The International 9 roster shuffle is wrapping up, and the concurrent short offseason is coming to a close, more and more details about upcoming DPC events are coming out.

WePlay! is an esports platform and tournament organizer that’s hosted events for League of Legends, CS:GO, World of Tanks, and Dota 2. They’ve hosted Dota 2 events for a few years now, and are now getting their first crack at hosting a DPC event. For the January 2020 minor, they’ve picked a unique and unexpected locale to host the $300,000 tournament: a mountaintop ski resort.

In January of next year, WePlay! will host the Bukovel Minor 2020 at the Bukovel ski resort in the Carpathian Mountains in Ukraine. Bukovel is the largest ski resort in Eastern Europe, with 540 acres of skiable area, and a lift system that can transport 30,000 passengers per hour.

The tournament participants will be playing at high elevation, roughly 3000 feet (900 meters) above sea level. The minor will consist of eight teams from six regions: North and South America, CIS, Europe, China, and Southeast Asia. 660 DPC points will be on the line, as all minors will be, as well as $300,000 and a spot at the following January major. The details and location of that major have not been announced yet. 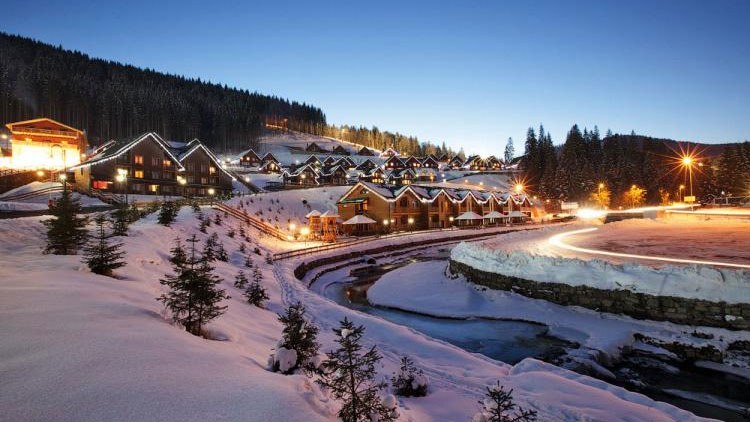 The Bukovel ski resort in Ukraine, home of the Bukovel minor

But fans will not have to wait that long for Dota Pro Circuit action. In November, The Summit will host the DOTA Summit 11 minor, and Mars Dota 2 League will host the Chengdu major. While a small handful of top tier teams will be skipping the Chengdu major, the first DPC major will still feature a highly competitive field, as several organizations such as Alliance, Evil Geniuses, and Team Liquid will be debuting new lineups.

The Bukovel minor qualifiers will begin in December, and like other minors and majors in the DPC system, the tournament will follow a double-elimination bracket format after a group stage.

WePlay! released an official announcement on their website on October 10, which included a delightful Dota 2-themed parody of the holiday carol “Let it Snow.”

WePlay! hosted the Reshuffle Madness event in September right after TI9, a tropical paradise-themed event that is drastically different from their upcoming mountain ski resort-held tournament.

:partying: Congratulations to the champion of the #ReshuffleMadness 2019 – @natusvincere! :partying:

There were 5 hard games, but you completely proved that you deserve this victory! See you on WePlay! Tug of War: Mad Moon

In the Reddit thread announcement of the Bukovel minor, WePlay! revealed there will “soon be more” Madness series events. In that thread, they also promised to continue producing tier 2 and tier 3 Dota 2 events and said they will announce open qualifier registration as soon as possible.