TSM president reveals true cost of a CS:GO team amid rumors of return

Reports since February 2019 have suggested that one of North America’s biggest organizations is exploring options for picking up a CS:GO team, but so far nothing seems to have come of these inquiries.

According to president Leena Xu, however, the reason they’ve yet to pick up a team isn’t for lack of interest, but rather because of just how big a project moving into CS:GO is.

While answering questions on her Instagram story, Xu revealed that picking up a team would cost in the region of “1.5 to 2 million dollars, maybe more depending on the staff that you pick up for your players”, and so the organization isn’t rushing into anything.

Though TSM haven’t yet reached the stage of actually signing any CS:GO players, the organization has reportedly had talks with multiple players.

Dexerto’s Jarek ‘DeKay’ Lewis revealed that TSM approached several players that were on the bench of their respective teams, including Tarik ‘tarik’ Celik, then on the Made In Brazil bench, and BIG’s Owen ‘Smooya’ Butterfield.

The team also had talks with the international line-up featuring Kevin ‘Ex6TenZ’ Droolans and Adil ‘ScreaM’ Benrlitom, but that squad has since signed with Team GamerLegion. Whether TSM have identified other potential players is currently unknown. 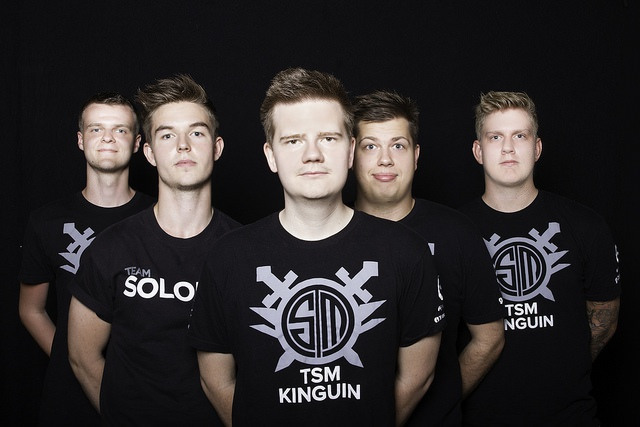 If TSM do in fact pick up a CS:GO roster, it won’t be their first venture into the game. Unfortunately, their previous forays into Counter-Strike haven’t always been particularly successful.

The organization originally entered CS:GO in 2015, when they picked up the Danish line-up formerly of Dignitas, the core of which today makes up Astralis. While the squad certainly wasn’t the all-powerful force that the modern Astralis is, they were very much one of the best teams in the world.

Disagreements over the team’s management ultimately led to TSM parting ways with the Danish squad, however.

Later, the organization returned to CS:GO with a North American line-up that at various points featured notable players such as Timothy ‘autimatic’ Ta, Russel ‘Twistzz’ Van Dulken, and briefly Sean Gares, but the team largely failed to deliver notable results and was ultimately transferred to Misfits following a falling out between the roster and TSM management over plans for an exclusive CS:GO league by the Professional Esports Association (PEA).

TSM hasn’t fielded a CS:GO roster since that transfer occurred in January 2017.