Thorin: NBK is the French Kingmaker

Nathan ‘NBK’ Schmitt is a clear-cut hall of fame level name in CS:GO. A two-time major winner. Selected three times as a top 20 player of the year by HLTV.org, and twice within the top 10.

Only apEX and NBK have played with all of the best in-game leaders in the French scene: Ex6TenZ, Happy, and Alex, and have played with all the great superstars in shox, kennyS, and ZywOo. Yet, NBK has never been the best player in his country, nor has he ever been a great in-game leader. What he has been is the most influential figure in that space, successfully navigating roster shuffles and deciding the complexion of the best French team time and time again and returning to championship glory.

In Counter-Strike, star players can have a tremendous impact inside the server, but without the right teammates, they will not find success. In-game leaders can craft and determine the style a squad plays in, but without key players will find their efforts less effective than they could otherwise be. The man who controls the roster and holds the most influence is the true power. This is the story of NBK, the kingmaker of the French scene.

NBK is France’s most decorated professional CSGO player and by a wide margin. With 22 trophies in his cabinet, two of them majors, and the vast majority from Tier One competitions, nobody else from his region comes close. Former teammates apEX and shox can boast only 15 and even Happy, who won both majors with NBK, is an entire 9 trophies separated from his once-trusted colleague.

Considering France has not had a world number one team in over four years, NBK’s level of success must be put into the context of his peers to be understood. Dev1ce, star of the Astralis team that has won an enormous amount of trophies over the year, has only two more trophies than NBK. Olofmeister, the player at the top of the list and famed star of FNATIC’s 2015 lineup has only 3 additional trophies in his haul over the Frenchman. 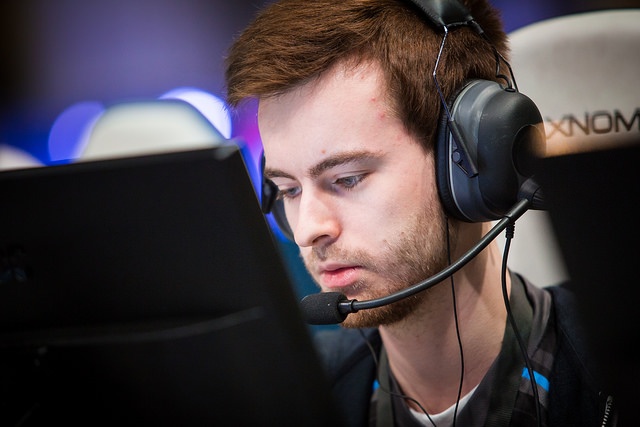 NBK ascended to the top of French Counter-Strike upon joining VeryGames in early 2010 at the age of 15, winning numerous trophies with the legendary organization. When CS:GO arrived he was still a mere 17 years old, and yet remained among the elite in the game both in terms of team success and individual performance.

The kingmaker of the scene at this time was Kevin ‘Ex6TenZ’ Droolans, his in-game leader. The IGL of the best French team, it was Ex6TenZ who could choose to kick a young, but not yet fully formed, kennyS, could bring back shox from exile to become the best player in the world again and took VeryGames to the world number one spot and the brink of winning the first major, having dethroned the NiP dynasty.

That period lasted up until September of 2014 and the infamous “French shuffle”. The old kingmaker attempted his latest manipulation of the scene, wanting to bring over apEX and Maniac from rivals LDLC who had just placed top four at the ESL One Cologne major. The assumption had been that NBK and kennyS would stay and a new French dynasty could be assembled. Indeed, superstar kennyS would stay, turning down a potential move to another strong line-up being formed by shox, the man he had replaced. NBK on the other hand, had a different perspective and decision in mind.

Unhappy with SmithZz being removed from the Titan line-up, at odds with Ex6TenZ’s rigid adherence to in-depth tactical play, and frustrated with the formerly great winner having failed to progress from the groups at two straight majors, NBK would make his exit. Choosing to join with shox, they brought SmithZz in, added kioShiMa and rounded out the team with former LDLC IGL Happy.

NBK and shox took their turns trying to lead the squad, but soon they allowed Happy to take the reigns and their winning ways would soon begin. In this LDLC line-up, later to be transitioned over to EnVyUs, NBK would win France’s first major, many other titles and place top four in his first 14 offline events in a row.

When the team began to lose their winning ways around the Summer of 2015, with rivals FNATIC making a push to make that period their era, nV experienced a mutiny. Shox wanted to take over as the in-game leader and change his role in the team, with his long-time friend SmithZz was understandably on his side. That left two votes to be cast. KioShiMa was the least experienced in the team and Happy unsurprisingly did not want to have his power taken. That left NBK with the deciding vote and the French kingmaker opted to keep Happy as the leader, eventually sparking the “Second French Shuffle”, as shox and SmithZz were kicked out and replaced by kennyS and apEX, stars of rivals Titan. 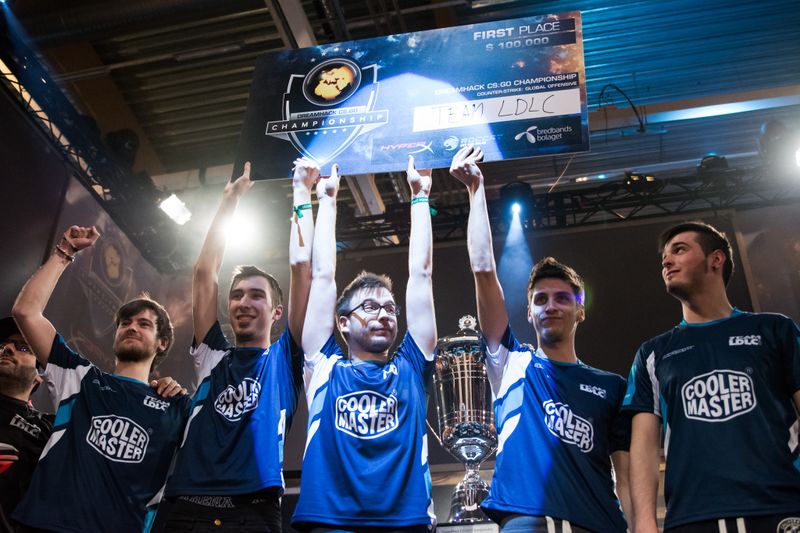 The new-look EnVyUs proved a wise choice, as they made the finals of the next two majors, winning the second, and became the top-ranked team in the world again. The nV core had finished in the top four at four straight majors, something even the era-defining FNATIC could not boast, and three times played in the final.

This second heyday of championship success would only last around four or five months, though. NV began a gradual decline and eschewed kioShiMa along the way. In 2016 they would fail to make the playoffs of both majors and try numerous experiments, from bringing in former Titan player Maniac as a coach to NBK taking over as the IGL for a period and eventually again centering the best French team around kennyS’ sniping.  By 2017 arrived, nV were nowhere close to a favorite for the biggest competitions.

In the meantime, shox had built up G2 to become the best French team. Winning ECS S1 Finals and making the final of EPL S3 and narrowly losing, his absurdly explosive partnership with ScreaM, another former teammate of NBK’s, had again given France a team capable of winning trophies. Even so, it lacked for depth in the line-up and so a third French shuffle arrived after the ELEAGUE major Atlanta in early 2017. Discussions had long been held among the top players around what a potential French super-team would look like and NBK’s influence allowed him to ferry apEX and kennyS over with him, leaving ScreaM again on the outside looking in. Many fans at this time protested that ScreaM was a significantly better player than NBK, failing to understand the influence NBK held at this time and his unique role as a Support player. 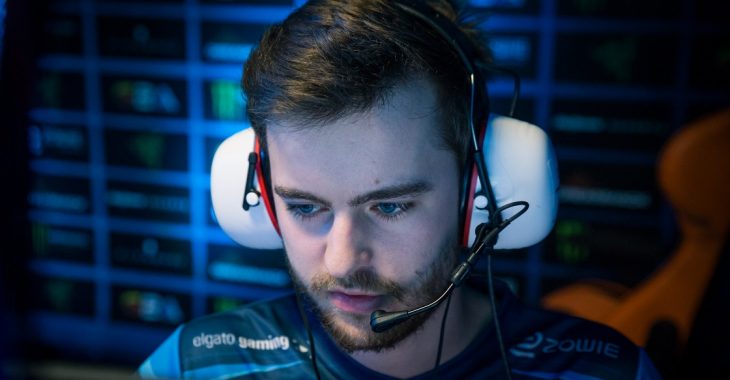 G2’s “French super-team” period would yield only a few trophies and outside of those inspired runs, the team were notorious for failing to make the deep playoff runs expected of them and at one point hit a slump of many months without a playoff series victory. A top-eight finish at the ELEAGUE Major Boston pointed to issues within the squad, and again power dynamics rose to the surface.

NBK wanted to be the in-game leader of the team and create a different line-up.  Shox, though, wanted to bring back Ex6TenZ, the only player he would describe as “a true captain” in the French scene, going back to a tactical playing style.  The G2 organization would choose to give NBK’s experiment a try at first, giving the appearance that NBK was still the king-maker in the scene, but in reality, shox had to undergo wrist surgery and proposed to bring SmithZz back to active play from retirement, so some time would understandably be needed for him to regain a solid level.

When NBK’s side failed their initial few events, G2 pulled the trigger on shox’s scheme and NBK was benched, indefinitely.

While G2 would not find much better success with this second experiment, NBK began to plot to build another top French side.  Taking fellow benched G2 name apEX, he would bring in nV players RpK and Happy and then finish the line-up with rising French prodigy ZywOo.  Later in 2018 becoming Vitality, they would initially be underwhelming, but with the removal of Happy, in favor of former LDLC player ALEX, and NBK giving up the leadership role, Vitality rose up to become the world number two ranked team by the summer.

Team Liquid’s near record-breaking streak of 22 series in a row won came following Vitality’s defeat of them in the cs_summit S4 final. Otherwise, the North Americans would have managed 31 series in a row without defeat.  France’s kingmaker had found another way to be in the best French team.

Following a disappointing upset quarter-final defeat at the hands of AVANGAR at the Starladder Berlin Major, NBK was immediately kicked from the team, signaling the end of his time as the scene’s kingmaker, for now.  Who has taken his place? Not enough time has passed to really see yet, but current Vitality IGL ALEX seems the most likely candidate. Indeed he steered Vitality to a championship at EPICENTER to end 2019 and bring Vitality up the rankings again. 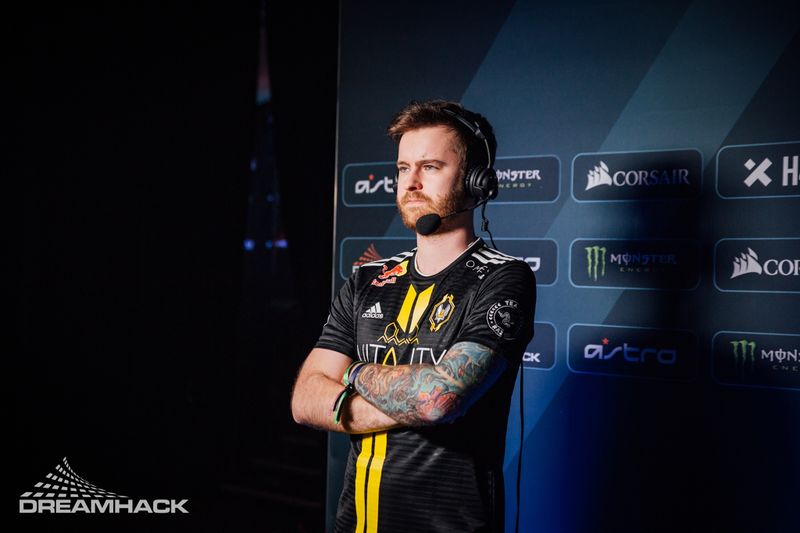 NBK’s influence came from his strong work ethic and ferocious drive to win, not shared by many of his team-mates to the same degree.  He also proved an exceptionally versatile talent, going from one of the fraggers to a strong lurker to arguably the best Support player in the world and later a serviceable entry.  His attempts at being the IGL were misguided and unsuccessful, but those were rare failures or missteps in an otherwise fabulous career.

To look at his impact, consider the effect he had on the careers of the other great names in the French scene.  None of them ever won as much without him, indeed rarely winning trophies when he was not playing with them. None of them was ever in a top-two ranked team in the world unless he was by their side.  NBK was the only thread connecting all of the best French line-ups.

Ex6TenZ never matched NBK’s accomplishments and is now a forgotten campfire story. Shox won a major with NBK but then NBK went on to win another without him. KioShiMa had some success in FaZe for a few months, only to be kicked and later consigned to irrelevance as Vitality rose to become the second-best team in the world.  ScreaM was left out of two shuffles.

Happy was the player NBK aligned himself with after the first and second French shuffles but has not even played at a professional level for over a year now.

Only NBK endures.  Look not to the king, for kings come and go, but rather to the man who makes the king, for there lies the true power.  For now, NBK exists outside of the French scene, but this story has not necessarily reached its end just yet.