In a move that nobody saw coming, OpTic Gaming has decided to expand into the ever growing Indian esports scene with a new CS:GO roster.

OpTic Gaming is one of the biggest esports organizations on Earth and the people behind the name are constantly looking for ways to expand their reach into new markets.

Usually this would be achieved by acquiring a roster in an esports title that they weren’t previously involved with, but that will not be the case this time around as they will be opening a second team in CS:GO, a title that they have been involved in since 2016.

The big difference lies in the fact that this new team will be an all-Indian roster, totally separate from their Danish roster which competes in the top leagues, which will be chosen via open tryouts in May.

Little is known about the new project other than the fact that it is in partnership with AFK Gaming and SoStronk. According to the press release from AFK Gaming, OpTic India will be an official part of the OpTic organization, get “competitive salaries”, and have “access to OpTic Gaming’s international resources, including coaches and analysts”.

“We are very excited to be working alongside the excellent teams at AFK Gaming and SoStronk for our expansion into India. At OpTic Gaming, we are passionate about growing and supporting exciting new regions, so India was a natural next step due to the support of so many Indian fans in both India and around the globe”

Tryouts for OpTic India will run from May 7th with hopeful players first undergoing an open evaluation phase which will include a number of “psychometric and theoretical tests in addition to role-based and in-game analysis”.

Players that make it through that stage will then move on to the closed evaluation phase which will feature more “practical” tests and matches. All of these will be watched closely by OpTic Gaming and SoStronk staff.

The final stage will be organized at LXG, Bangalore on 12th and 13th May and overseen by Ali Saba, OpTic Gaming’s Scouting Director, along with Prashant ‘Aequitas’ Prabhakar and the SoStronk team.

The move may come as a surprise to some but the Indian esports scene is growing by the day and is largely untapped in terms of its potential. If OpTic India is a success in terms of talent acquisition and profit, this could be a move that other large organizations look to make instead of the typical “Academy” rosters that we have seen in the past. 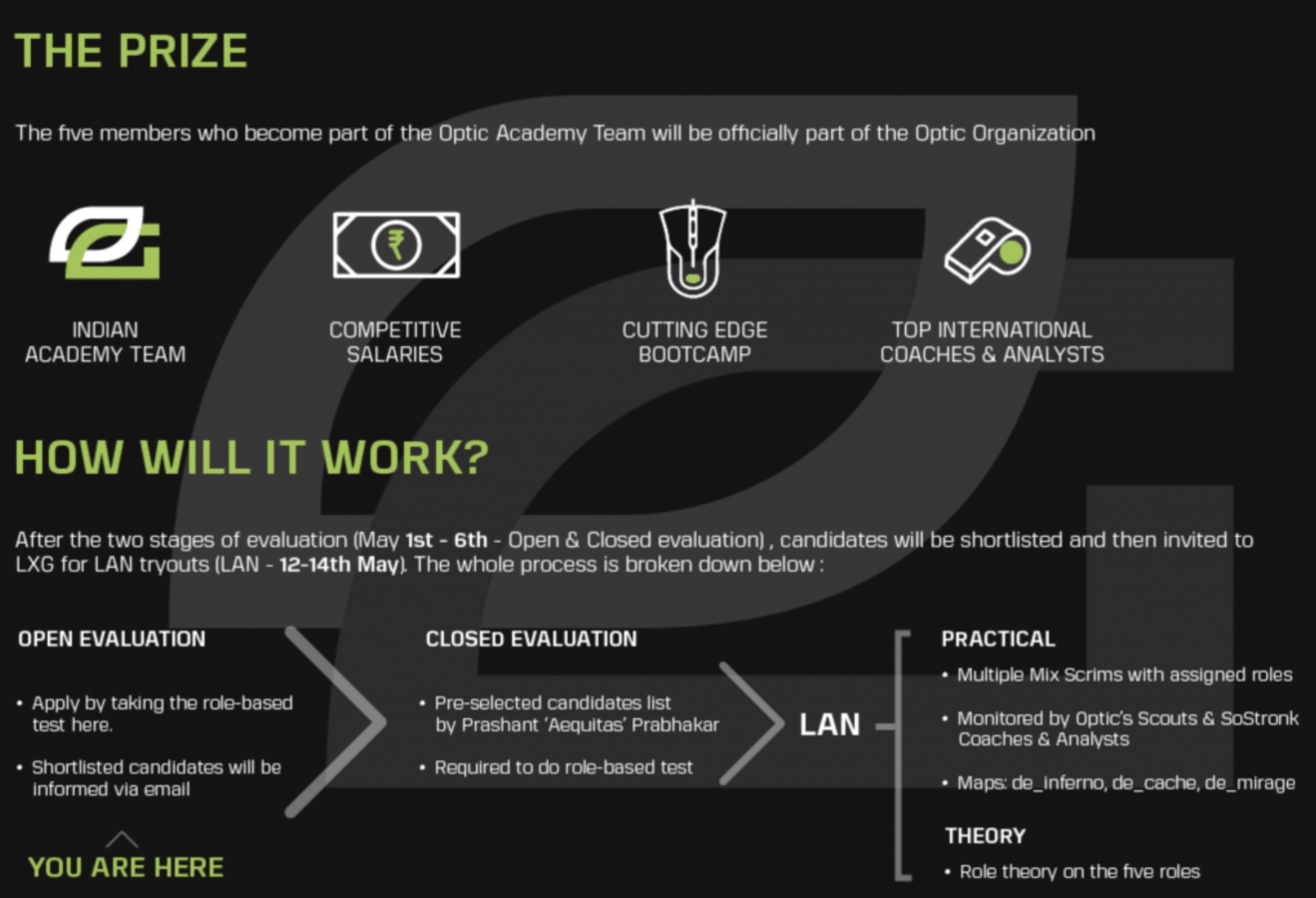 More information about the selection process can be found at sostronk.com/optic.