Counter-Strike heavyweights Astralis, Cloud9, and MIBR could all be involved in a circuit-wide defection to a rumored new 12-team North American league set to begin in March next year, according to new reports.

According to reports from DBLTap, MIBR owners Immortals and Cloud9 are leading the charge for the foundation of the new NA-based league, which would see three tournaments and a LAN final played out between the dozen teams each season.

Each season would run for a month, before breaking into a points-based top eight playoff system. The first final will reportedly be taking place in Europe, and all subsequent seasons are expected to alternate between NA and EU locations. 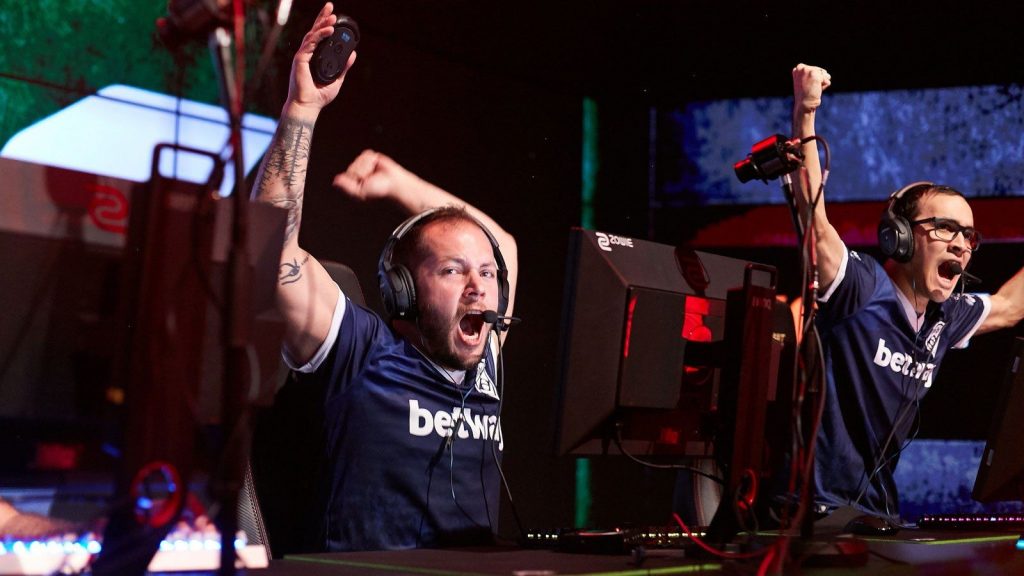 MIBR is reportedly one of two teams pushing for B Site’s new North American franchise league.

It is expected the B Site league will host two seasons per calendar year, with a total yearly prize pool of $2 million spread across both seasons.

The franchise league would have a $2 million cost at the door for ten orgs, which would net teams a place in the league—working title “B Site”—as well as part ownership of the league moving into the future, and for as long as they retain their league slot.

Two further teams will be added through qualifying rounds ahead of each season, bringing the total competitors up to a dozen per campaign. According to sources, the two promoted teams would not be involved in revenue-sharing deals. 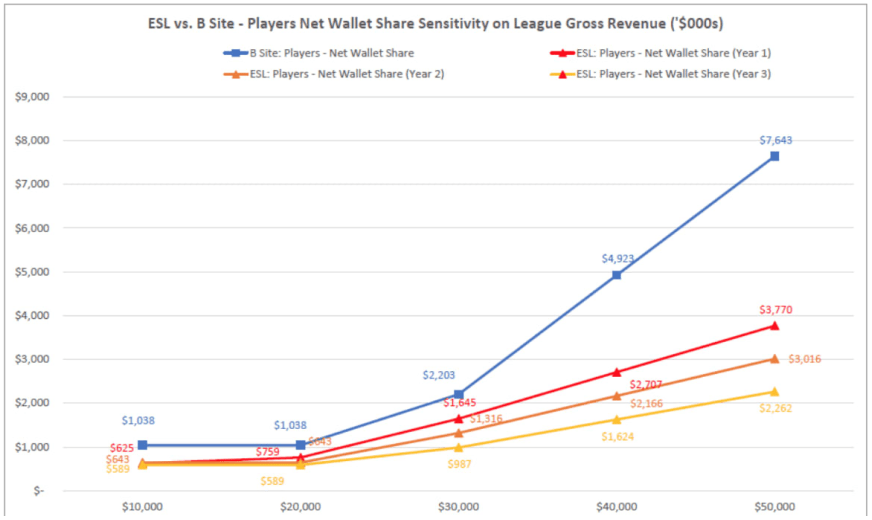 The B Site league’s revenue-sharing earnings over time compared to ESL Pro League.

Reports also suggest the B Site league will veer away from ESL and BLAST’s recent revenue-share agreements, which is based on earning fractions. Instead, the league will directly compensate players with a share of just over $1 million.

While many Counter-Strike fans have expressed doubts over franchise systems which lock the best global teams away from the rest of the circuit, sources have confirmed there will be no exclusivity locks for the B Site tournaments.

Considering the dates are expected to be planned to avoid major circuit events, as well as calendar highlights like Valve’s Majors, there is some expectation from league founders B Site Inc that there will be clashes with the ESL Pro League. 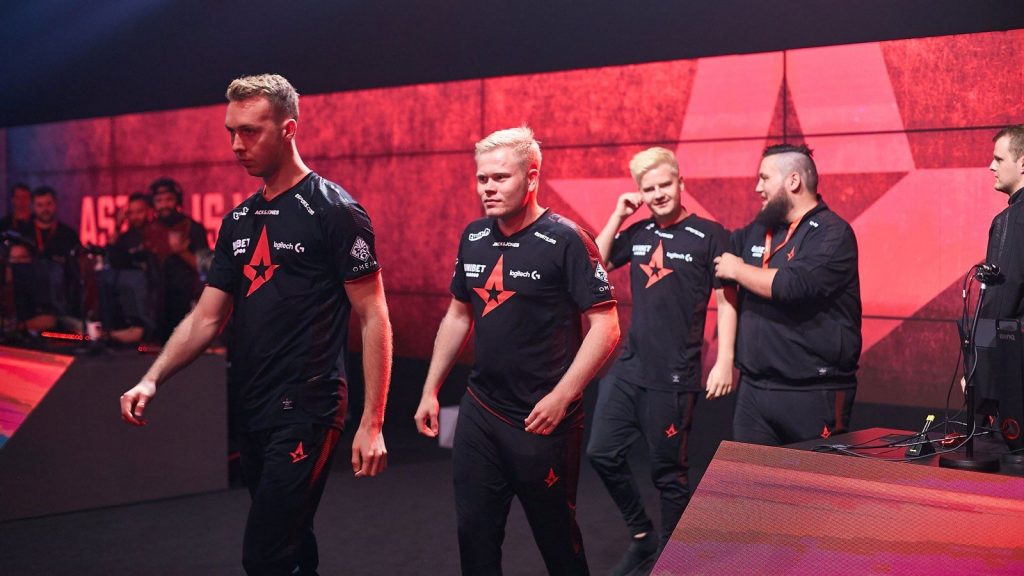 Astralis haven’t settled on the new B Site league or ESL Pro League, according to gla1ve.

Alongside reported league founders C9 and MIBR, reports have also suggested Astralis could be headling B Site’s first season, which correlates with the fact the Danish superteam recently declined to attend ESL’s next Pro League campaign.

The current world number ones are far from set in stone for the potential league, however, with Lukas ‘gla1ve’ Rossander rubbishing rumors the team had locked in their 2020 plans as yet, and left the door open for both ESL and B Site.

“The Astralis team hasn’t decided anything yet about what league they will participate in,” gla1ve said in response to initial reports, all but confirming the B Site league’s impending foundation. “Could be ESL, could be B Site… it could be true for us, but right now, a decision hasn’t been made from us.”

This isnt true at all btw. The Astralis team hasnt decided anything yet about what league they will participate in.

Could be ESL, could be B-site. NOTHING is decided for us. https://t.co/AQOW5NYcqn

There’s also a small hitch for Cloud9 as they push for the new league — as of publication of these reports, the North American organization has yet to acquire a new roster after their old lineup core’s departure to Gen.G on December 7.

There are rumors the championship org is in the process of acquiring ATK’s American roster, including Johnny ‘JT’ Theodosiou, Ricky ‘floppy’ Kemery, and Aran ‘Sonic’ Groesbeek, but nothing has been officially confirmed yet. 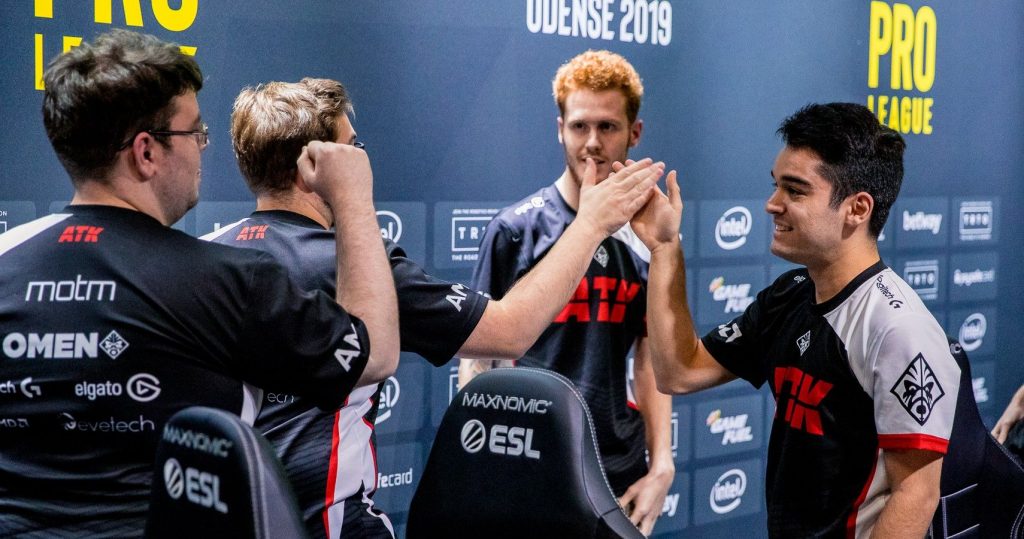 Cloud9 could be joining the new B Site league with ATK’s current roster.

News Astralis and MIBR may be joining the new Site B league also comes just days after the same two teams confirmed their place among 12 superstar teams for BLAST’s new $4,250,000 Premier League, which is expected to begin in early 2020.

They will be joined by global heavy-hitters like Team Liquid and Evil Geniuses, as well as top-tier regulars like FaZe, Team Vitality, Na’Vi, 100 Thieves, and G2, all of whom could potentially join B Site Inc’s new tournaments system as well.