New 'Made in Brazil' (MiBR) Jerseys and CS:GO Roster Leaked Ahead of Official Reveal - Dexerto
CS:GO

New ‘Made in Brazil’ (MiBR) Jerseys and CS:GO Roster Leaked Ahead of Official Reveal

With a reveal of the MiBR CS:GO roster predicted to take place on June 23rd, an image of the roster kitted out in their new jersey’s has surfaced online, featuring the (former) SK Gaming squad.

It has been anticipated for a number of months that the tensions between SK Gaming and their CS:GO roster had reached fever pitch, and that the team change was imminent.

The SK players even chose not to wear their official team jersey’s at the recent StarSeries Season 5 Finals, and player Jake “Stewie2K” Yip even wore an Immortals jersey on stage at the ESL One Belo Horizonte.

On June 23rd, a showmatch has been setup to celebrate the revival of the MiBR brand, which is now owned by US based organization Immortals.

Made in Brazil is a legendary name in CS:GO, running from 2003 to 2012. It is making its return with a top tier roster for the first time in six years.

And a leaked image shows the full roster from SK Gaming is transferring over, and also reveals that Betway will be a jersey sponsor for the team.

Notably, the team apparel seems to even include MiBR track pants and shoes. 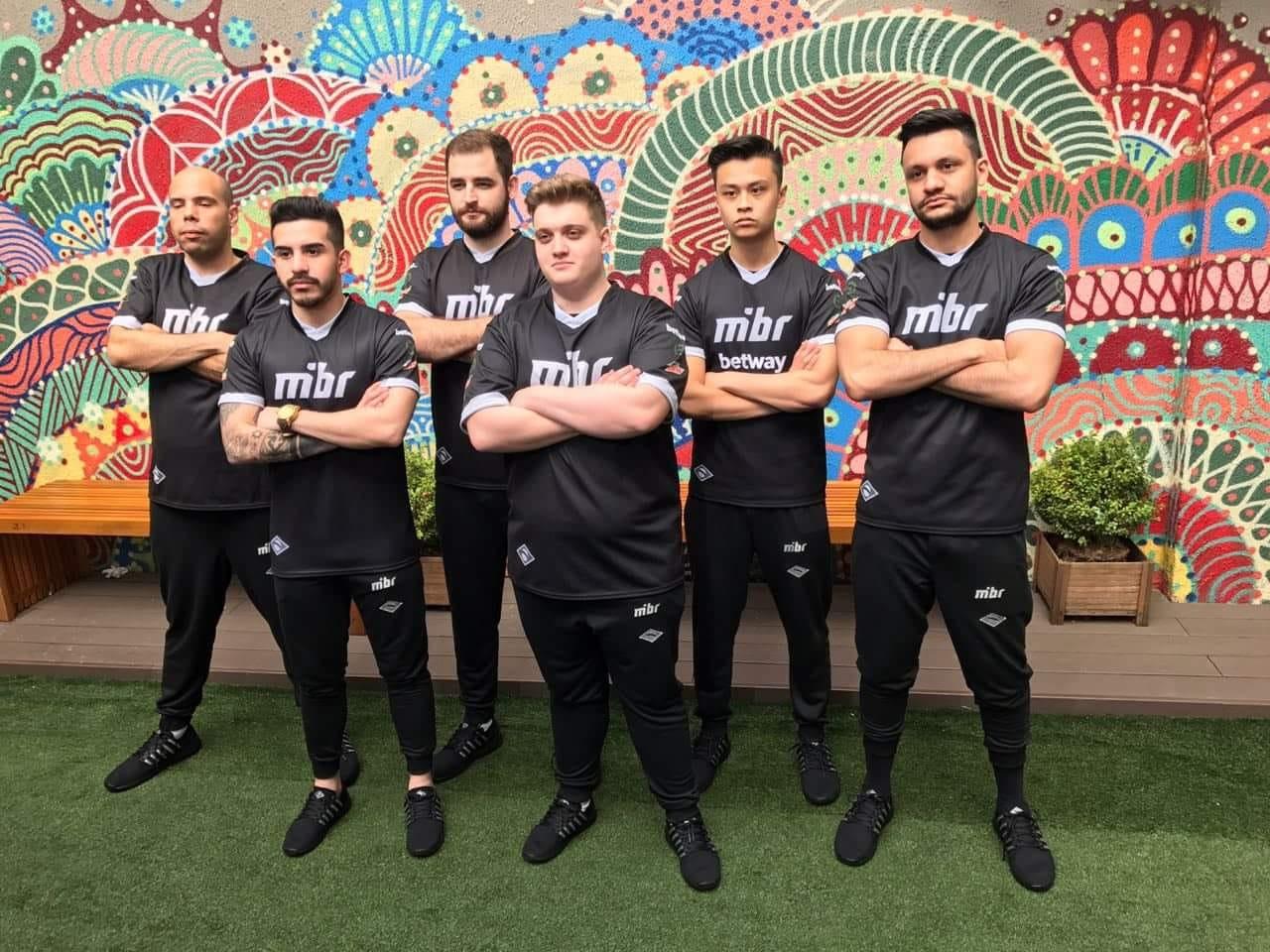 The full and official reveal was teased on June 7th, and DBLTAP reports that it will take place at the Transamerica Expo Center in Sao Paulo, Brazil.

As for SK Gaming, the speculation remains that they will be recruiting former Immortals and 100 Thieves players, including the controversial Vito “kNg” Giuseppe, who are currently playing under ‘Não Tem Como’.