CS:GO player Nathan ‘NBK’ Schmitt has explained his squad’s actions at Sunday, July 14’s ESEA Season 31: Global Challenge, explaining that they originally wanted to forfeit their spot in the tournament but weren’t allowed.

Team Vitality are recognized as one of the best CS:GO teams on the planet, and currently sit above teams like Astralis, ENCE, and NRG Esports in the world rankings.

Despite coming into the match as favorites, they fell to a defeat at the hands of FURIA on July 14 at the ESEA Season 31: Global Challenge, and appeared to be messing around with strange weapon choices and unusual map picks throughout the tournament. 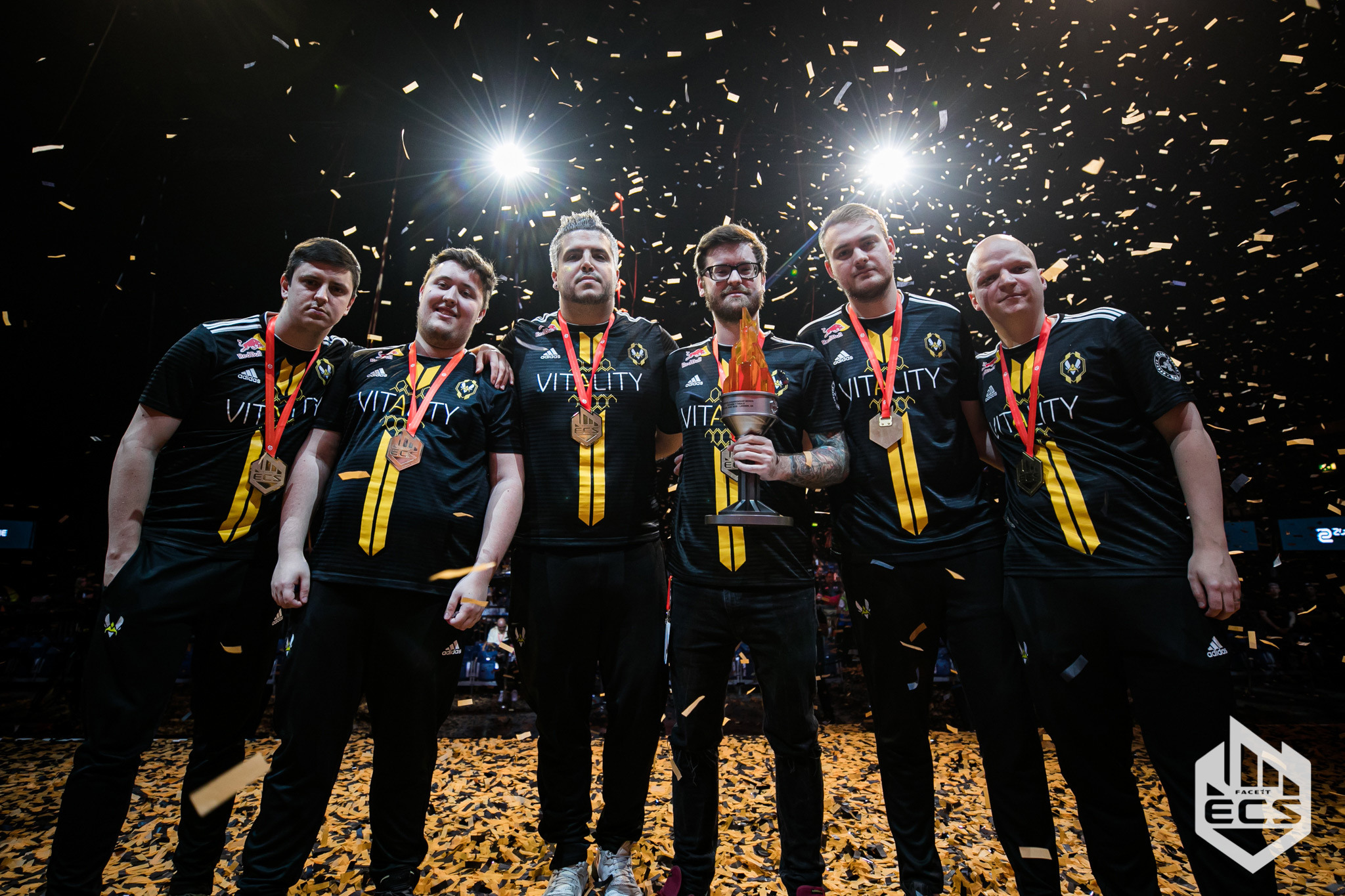 Team Vitality have stormed up the CS:GO world rankings following their recent success.

During their match with FURIA, star AWPer Mathieu ‘ZywOo’ Herbaut swapped his trusted sniper rifle for a wide array of weapons, including the Zeus x27, opting to instead let Cédric ‘RpK’ Guipouy use the sniper instead.

The Zeus x27 is a stun gun, and while it can kill enemies in one shot as Nicholas ‘guerri’ Nogueira found out, it’s extremely rare to ever see it used in a game.

ZywOo’s odd purchasing habits didn’t end there, with the Frenchman buying a PP Bizon SMG when Vitality had enough money for a full buy, instead opting to use one of the game’s weaker weapons during their contest with the Brazillian squad.

Michael ‘dapr’ Gulino used the opportunity to compare ZyWOo’s decision with the opinion of Oleksandr ‘s1mple’ Kostyliev, tweeting: “S1mple saying to be consistent you have to play 100 percent every single game, then you have ZywOo running around with the bizon on full buys on lan. Which god do I listen to?”

As to why they behaved in the way they did, NBK explained that Vitality didn’t want to compete in the tournament in the first place, and wanted to forfeit it, but were not permitted to do so.

“We weren’t allowed to forfeit this tournament otherwise we would lose the EPL slot too,” wrote the Frenchman on Twitter. “Sad situation but now we are fully focused on Chicago and will give it our all there.”

We weren’t allowed to forfeit this tournament otherwise we would lose the EPL slot too. Sad situation but now we are fully focused on Chicago and will give it our all there, fully focused and ready to play our best CS

Out of the tournament 3/4th, cya Thursday :punch::skin-tone-2:

While some may have found their antics funny, many fans were not happy with Vitality’s performance across the weekend, with many claiming that they planned to report Team Vitality for match-fixing or throwing, and describing Vitality’s attitude as “unprofessional.”

Others leapt to Vitality’s defence though, with journalist and Reddit user /u/neLendireckt explaining that because Vitality have played lots of events between qualifiers, Summit ECS and ESL One Cologne, and then had to fly to America to compete at this tournament against their will.

On top of that, Vitality have been forced to qualify for almost every competition they’ve entered this year, meaning they’ve played more games than almost any other team in the competitive scene, leaving them with little to no time-to-rest and recover.

NeL finished with: “If preparing for Chicago means playing casual so you can relax and have fun before starting to travel and (compete) again, at an event you are forced to play in, is it that bad? You can say what they did was clumsy, maybe a bit dumb, but saying they are not professional is just not knowing the obligations they have all year long.

Comment from discussion Nel on Twitter – "Vitality played 17 online BO1 during the regular season, then 2 BO3 and then 1 final BO3 in fucking Dallas. For EU teams. A joke. Then they are forced to play a small tournament with 25k for the winner (nothing at that level). And people still complain that they are not pros.".

Whether Team Vitality will face any repercussions from ESEA or Valve for their actions remains to be seen, but it seems unlikely given that they were still able to beat teams like Party Astronauts and Team Spirit using the same methods earlier in the competition.

The French squad will be back in action later this week, when they take part in the IEM Chicago 2019 tournament, which kicks off on July 18.