During mousesports’ shock upset over the era-defining Astralis roster at Odense, it appeared the Danish crowd was offering their hometown heroes extra help through cheers and yells, helping Andreas ‘Xyp9x’ Højsleth score a stunning wallbang.

Of course, many were less than pleased with Astralis’ taking advantage of the noise, especially after Peter ‘dupreeh’ Rasmussen was involved the help after damning the same situation when it went against his team in New York.

Now Counter-Strike veteran k0nfig has offered his own thoughts on the situation, suggesting closed-in player booths may be the best option for tournament organizers after admitting every player, including himself, uses the crowd at times.

“I hope I don’t get banned, but even I sometimes use [the crowd]… if you’re flashing, you can hear in the speaker if the flash explodes, and you know they’re blind and you know someone is near you,” k0nfig explained on HLTV’s podcast.

“You use it to your advantage all the time, and when you’re sitting at home you can’t use it, so I don’t think it should be a possible thing to use at tournaments.

“You see shox [Vitality’s Richard ‘shox’ Papillon] and all these types of players shaking their aim at the wall as well, and if the crowd shouts “Yeah!” then you know he’s right there, and you’re going to shoot him. I don’t think that should be an option in Counter-Strike, that’s messed up.” 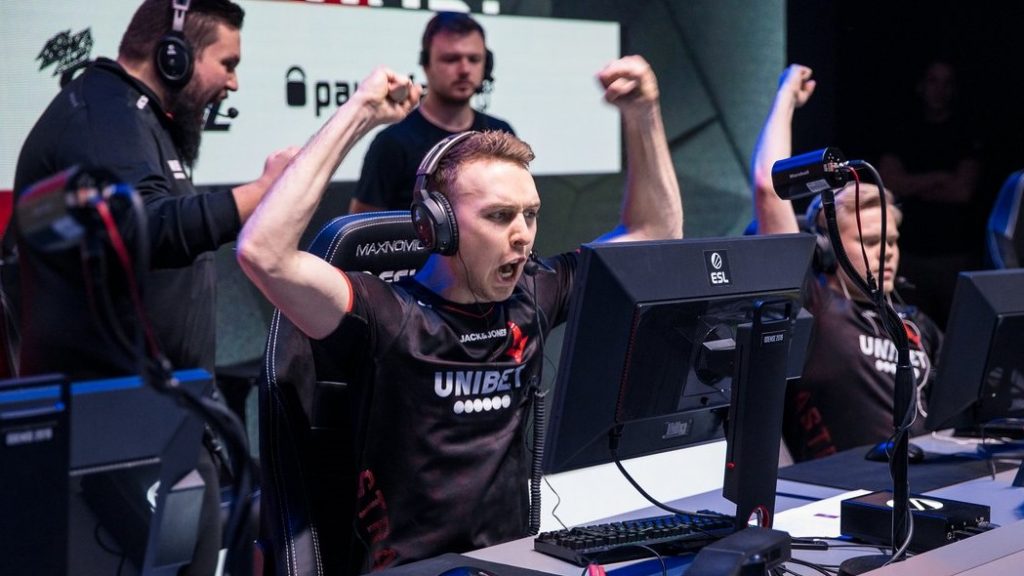 Astralis have come under fire for using the Odense crowd calls to their advantage in the semi-final.

According to the Complexity star, who spent the past two years representing OpTic Gaming at various majors before making the switch to the NA roster, the best solution for events would be silenced player booths with one-way mirrors.

“If everyone had booths where the glass was black on [the player’s] side, but fans can see in, that would be the perfect solution, but that removes some kind of player involvement things, you don’t feel the crowd as much,” he said.

“You can’t see every movement [with that], and the players would be completely boxed in. That’s the only problem I have with that idea really.”

Wienecke admitted that there were some issues with booths that meant TOs weren’t always willing to look into the option, including US fire regulations, and the fact the players were locked away from participation at all.

Considering many fans pay their money for tickets to see the game’s biggest stars up close, interacting with the crowd, celebrating their victories, and mourning their defeats, removing that element would kill a major part of LAN-event hype.

mousesports overcame the Odense crowd’s help for Astralis to upset the super-team.

Despite those counter-points, k0nfig concluded the integrity of the tournament, and the safety of players, were the two most important factors in the discussion.

“I feel the booths are totally better because [without them] you can hear claps, and you can hear everything that is happening,” he added.

“I was at Blast [Pro Series], and I was sitting next to the confetti explosion, and when we were playing it went off and I got the biggest shock of my life. I thought I got killed at the tournament, that’s how bad it was.

“Same thing at Katowice, I was standing behind that fire sh*t and it f**cking blew up and I was touching my head because it smelled burned. I thought ‘this guy just burned my head off.’ I think booths are the safest choice, that’s my idea.”

K0nfig’s soundproof booth idea has been echoed by other players too, including Astralis’ Xyp9x, who said if it was done “properly” then there wouldn’t be a problem with the crowd’s “undue outside sound” interfering with matches.

While there’s many in the CSGO community that would likely fall on either side of the argument, there’s no clear solution straight off the bat — especially considering other esports have forgone soundproof booths in recent years.

Starcraft was renowned for using soundproof booths, leading South Korea’s League of Legends competition to employ a similar setup. This was scrapped by Riot Games in the LCK recently, however, to promote crowd participation.

For now, CSGO faces a waiting game: the player’s association and organizers will have to settle on a new course of action, hopefully before a massive tournament or Major is decided by one boisterous fan in the crowd.