Cloud9 have unveiled the two figureheads that will be in charge of rebuilding their Counter-Strike team: former player turned commentator Henry ‘HenryG’ Greer and highly respected coach Aleksandar ‘kassad’ Trifunović.

The move comes following the September 6 announcement that they would be cutting their current roster comprised of North American and South African players and would be looking to build a new team.

Greer, who’s coming on board as a General Manager, will be overseeing that project while the new players will find themselves working directly with Trifunović, considered by many to be one of the most talented Counter-Strike coaches in the world.

“My plans for this team are certainly ambitious,” Greer told Dexerto.” I wouldn’t be involved in any sort of General Manager role unless I had absolute full control of the roster and direction we plan to head. C9 have entrusted me with their entire CS:GO dynasty and, honestly, I think that’s one of the boldest moves any org has made in a long time. The Cloud9 Brand speaks for itself, it is one of the absolute cornerstones of the esports landscape. I’m aware there is a certain level of expectation going forward now. Failure simply isn’t an option.”

Today we near the end of #C9CSGO's current chapter as we enter a rebuilding phase.

During this process, our current team will continue as Cloud9 while we evaluate new opportunities for them.
? Read more: https://t.co/PSXdIlSlep
? Watch Full: https://t.co/Zmn61guobc pic.twitter.com/CvEB0piFae

Currently, the former commentator has been in the process of holding talks with several high profile targets but nothing has been finalized yet. The timing seems to be right as there are a number of experienced and talented players in free agency, not to mention, with November’s CS:GO Major looking uncertain, plenty of time for a new team to gel.

“When approaching a challenge such as building a CS:GO team from scratch, there are countless compromises and caveats that come with the territory, especially if your primary objective is to forge a world-class squad in a very limited window of time,” Greer continued. “I’ll be honest and say, I haven’t had a huge amount of respect for the methodology used in other ‘ground floor’ projects so far.

The focus is always around ‘big’ names that are available and then attempting to crowbar others into roles they aren’t really suited for, resulting in a one-year journey to even reach their initial goals. Kassad and I are only focused on following our specific blueprint for a world-class CS unit that can challenge for the trophies. I think you’ll all be very excited with what we’ve put together so far. We have the resources, staff and connections to create the best possible opportunities for pro CS:GO players, right now.” 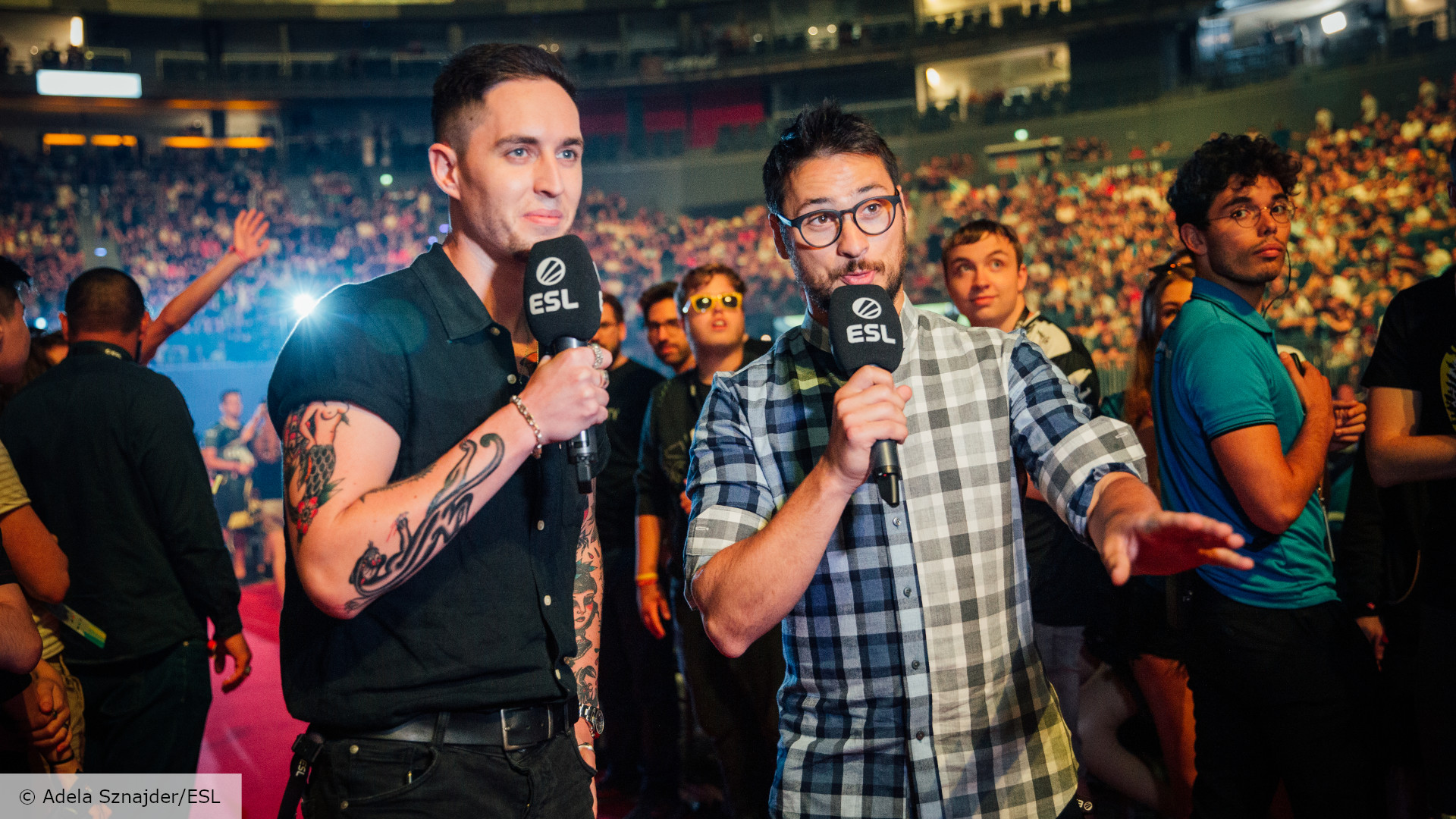 HenryG (left) announced his retirement from esports commentary on September 4.

Trifunović has been without a team since leaving 100 Thieves in April but there wasn’t a scarcity of interest in securing his services. Understandable, given his proven record of improving teams, especially across his period with Renegades. This is the first time in his career he has committed to a project without knowing who he will be working with but he still feels that Cloud9’s commitment was something he couldn’t say no to.

“I think this is going to be one great project,” the Serbian told us. “To be super honest with you, I was feeling a bit disappointed these last few months because of the fact that I couldn’t really find the organization and the people that share the same vision about building a team as me.

After just a couple of conversations with Cloud9 and Henry, I realized that we see things the same way. He is super enthusiastic, focused and energetic about this and it really lit the spark that I thought I had lost in the last couple of months. Cloud9 is one of the most respectable orgs in esports and we are going to make sure we put in everything we have to build the CSGO team they deserve.” 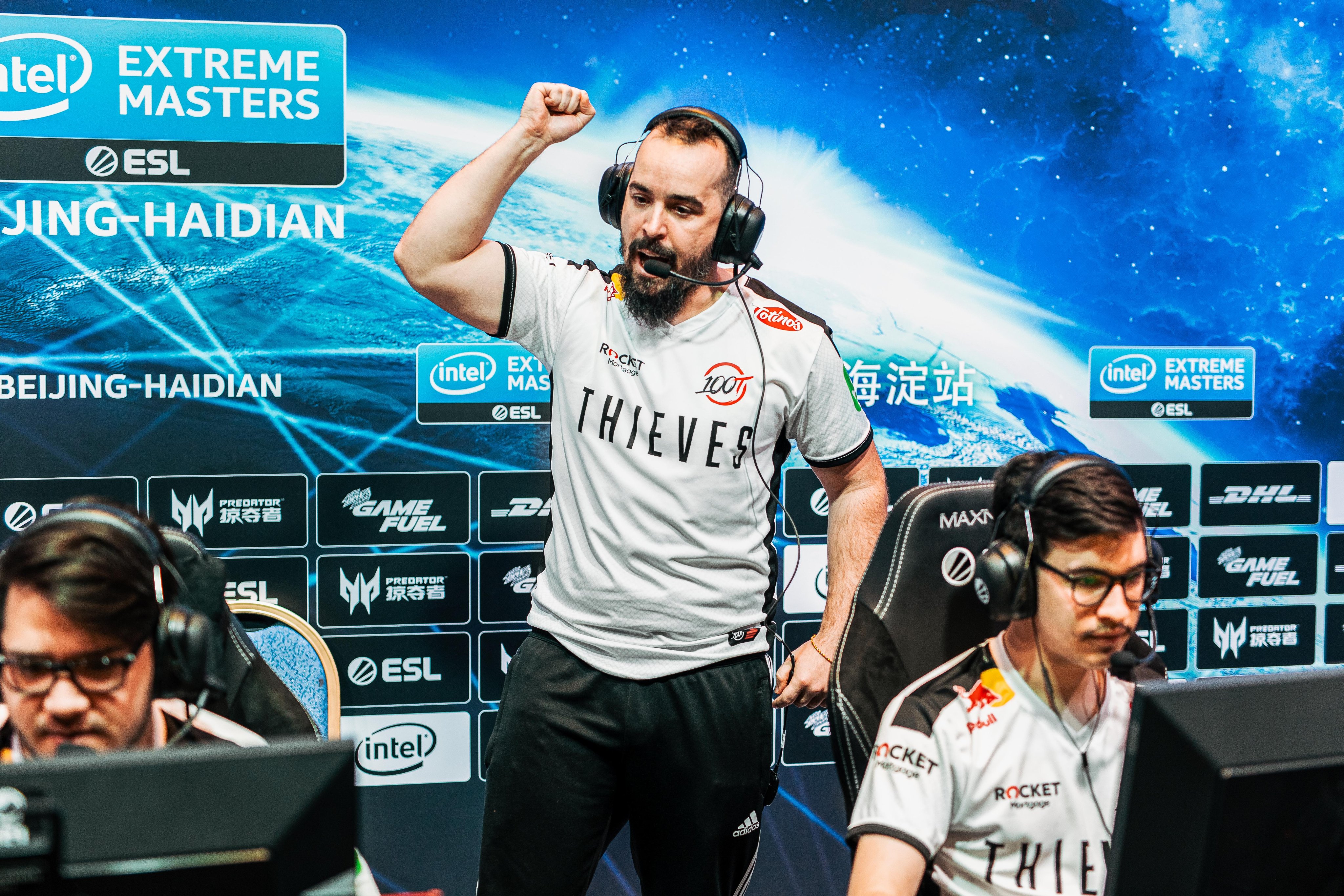 Kassad, most recently with 100 Thieves, joins Cloud9 as one of the world’s most highly-respected CS:GO coaches.

Fans will be curious to understand how these two roles will synergize with each other. Currently, CS:GO coaches seem to act as de facto spokespeople for their teams, especially the ones that have broadcast experience. Here, Henry has made it clear that he wants the coach’s input as one of the many factors under consideration when making potential signings.

“I don’t want to sign any players to appease my own or anyone else’s agenda,” he said. “I’m aware there will be plenty of decisions down the line that will be difficult to call. I don’t plan for roster direction to be one of them. So far, players have not been a topic that Kassad and I have disagreed on at any point. I trust his judgment and his body of work and experience speaks for itself. He is regarded as one of the absolute best coaches in the industry. We are working together to achieve our goals and have a very similar approach to building our dream.”

Trifunović echoed these sentiments: “As he mentioned, we have a very specific plan on how to do everything in the right, healthy and efficient way to build a team with a strong system and structure that is going to create a winning culture. The biggest and one of the most important things for me right now is the fact that there is absolute trust between C9, Henry and me. I feel like that’s a very good foundation.”

Cloud9’s current CS:GO roster was assembled at the start of 2020 but the team has failed to win any tournaments so far.

For Cloud9 the move shows a return to championship ambitions for CS:GO. Since making history with their 2018 Major win in Boston the team has gone through mixed fortunes. The most recent roster was seen as something of a wildcard pick up after they lost the core of their North American roster when it was bought out by Gen.G.

While they initially shocked the scene by managing to qualify for DreamHack Leipzig and IEM Katowice, the subsequent finishes at those events showed how far the team had to go in order to compete against the very best in the world. Now it is clear they are ready to invest a significant amount of resources into a new roster, starting with the backroom staff they hope will spearhead a new dynasty.