The Ninjas in Pyjamas are one of the most storied franchises in Counter-Strike: Global Offensive history, but a shakeup with the roster has left doubt for the future of longtime team fixture Christopher ‘GeT_RiGhT’ Alesund.

While teams are loading up their rosters with young talent to stay competitive for years to come, that could spell doom for fan-favorite players as orgs are restructuring.

There’s been murmurings of the restructuring of Ninjas in Pyjamas for some time and the org cleared up any sort of speculation with a resounding message of the changes to come.

GeT_RiGhT’s been an exciting part of CS:GO for a long time, but it looks like he will be transitioning to a more passive role outside of the org’s active roster.

On June 19, NiP announced the addition of up-and-coming talent Nicolas ‘Plopski’ Gonzalez Zamora who will soon replace Dennis ‘dennis’ Edman on the active roster, while signaling a similar fate for GeT_RiGhT’s position on the team.

“We have started talks with GeT_RiGhT regarding his future as an active CS:GO player,” NiP said. “Together with him and the team, we have decided that he will continue competing with us until after the StarLadder Berlin Major 2019, as we start looking for a suitable long-term replacement to take his place on the active roster.”

The org made sure to let fans know that the change would not happen until they “find the best replacement for him and the team, with the goal of transitioning (GeT_RiGhT) to a different role within NiP.”

News of GeT_RiGhT sitting out any roster iteration will surely come as a shock to diehard fans. But it’s not all gloom as it seems like the legendary player’s influence on the team might still be felt, only this time outside of the CS:GO servers. 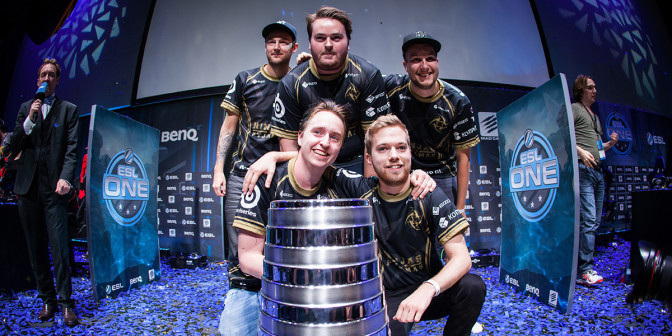 The NiP roster of old was a powerhouse team for a while, but changes have seen some iconic names moving on.

From winning the IEM III Global Finals in 2009 with Fnatic to an inspiring run with NiP at Intel Extreme Masters XI – Oakland in 2016, GeT_RiGhT has been one of Counter-Strike’s most complete players of all time.

There aren’t many accolades that GeT_RiGhT hasn’t achieved in his time with the Ninjas, and is on the shortlist of players to have a spot on a map colloquially named after them.

Even though GeT_RiGhT’s time on the NiP lineup will soon be coming to an end, his impact on the team and the CS:GO scene will not soon be forgotten.