While he’s not a highly-successful CS:GO pro of any kind, Jaryd ‘Summit1g’ Lazar became infamous within the game’s community for his stunning fail at DreamHack Austin back in 2016.

What came to be known as a ‘1G’ involved the hugely popular Twitch streamer dying to his flames while trying to clutch up a crucial round for his Splyce teammates. The moment has followed him ever since – even in games outside of CS:GO – and any streamer who dies to their own flames of in any title get references to Summit and the ‘1G’ meme. 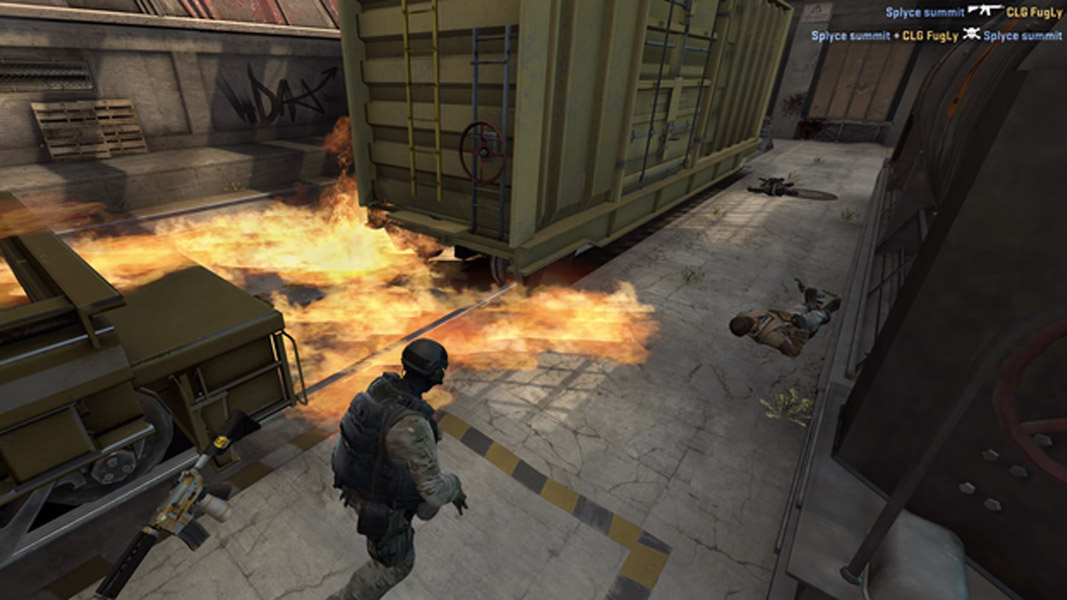 Summit’s death has become an iconic moment with CSGO fans despite his lack of success as a pro.

That cruel fate fell upon Forsen during his December 1 stream, as he continued trying his hand at getting to grips with CS:GO.

With the time left in the round ticking down, he found himself with an open A bombsite on Inferno and jumped out of the apartment spot in order to plant the bomb. In doing so, the streamer tried to create some space for himself by tossing out an incendiary grenade towards the library position.

However, he failed and the flames landed on top of the bombsite, essentially cutting him off. Forsen tried to get the bomb down by began being engulfed by the heat. Even though he tried to run away, the streamer managed to clip the edge of the flames and fell to his death, ending the round.

As the in-game and Twitch chats both filled up with laughter, the Swede didn’t rage or offer up any excuses. Instead, he muttered a subtle “well” and added “I’ve got nothing,” as even he couldn’t help but laugh.

Of course, Forsen probably isn’t going to take over the mantel of the 1G but it’s a good reminder to always be careful around flames, especially when thousands of people are watching and waiting to meme it.