Following Robin ‘Fifflaren’ Johansson’s interview with Richard Lewis in which the former CS:GO community have spoken out about their negative experiences with professional teams.

One of the most shocking revelations was from current Natus Vincere player Kirill ‘Boombl4’ Mikhailov, who has tweeted that “$95,000 was stolen” during his time with Quantum Bellator Fire, where he played between 2017 and 2018. He added: “I want to thank Winstrike that saved my career at that moment.”

Boombl4 is not the only ex-Quantum Bellator Fire member who was owed money by the organization. According to information provided to Dexerto both before and after Boombi4’s tweets, the players and coach were owed in excess of $60,000 USD combined by their organization at one time.

I want to say thanks to @Winstrike_Team that saved my career at that moment.

This debt was a combination of unpaid salary, prize money, and sticker money from their participation in the ELEAGUE Boston Major. Upon the transfer of the team to the Winstrike organization, all of these debts were paid by Winstrike in full.

Multiple sources also claim that Vyacheslav Soloviev was largely responsible for those outstanding payments. In addition to those debts, the same sources claim that Soloviev withheld two weeks’ worth of per diem payments from the players after he and the team had been transferred to Winstrike.

Vyacheslav Soloviev was the team manager and part-owner for Quantum Bellator Fire during their time in CS:GO and, according to multiple sources, was partly responsible for distributing payments to the players on behalf of the organization. The compensation for the players just prior to the Boston Major was around $750 USD per month, with a prize pool split of 75% to the players and coach, plus 35% of Major sticker money if they were to qualify in Boston.

Upon qualifying for the Major and making it all the way to the Playoffs, the players asked for a raise to anything from $2,000 to $3,000 USD per month, and even suggested that gradually increasing the salary over multiple months to eventually reach an agreed-upon total would suffice.

Soloviev claimed that co-owner Konstantin Kopylstsov would never approve of such a high amount, but agreed to approach him, asking for a period of two months to get everything taken care of. It was at this moment that the relationship between the organization and players soured. 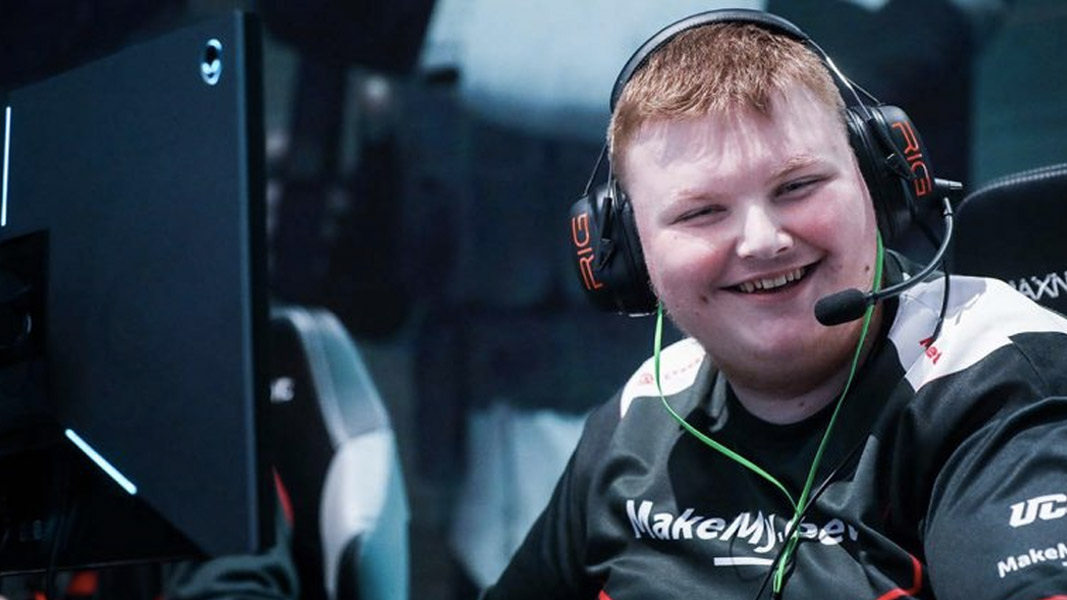 Eventually, a $2,000 USD salary was agreed upon by the ownership but it was only paid out in full for the month of April. No prize money or sticker money was distributed to the players as well and payments were frozen by the organization.

When the players asked why they had not received sticker money, Soloviev explained that there were tax issues and it would come at a later time. The players were also promised better equipment, internet, and bootcamps on multiple occasions but none of this ever happened.

Quantum Bellator Fire ownership received inquiries from at least 10 organizations that were interested in acquiring the players during this period, but the owners asked for an unrealistic amount of money for the team, despite one source claiming that the players never had real contracts.

Winstrike had originally approached Quantum Bellator Fire about a possible transfer as early as March. Their motive was to lock down a team that would be guaranteed two additional Major appearances due to the slot ownership rules at the time. The rule that both 0-3 teams in the New Legends stage would be forced to re-qualify did not exist yet.

Upon first contact, they were presented with a transfer fee for the entire team, coach, and manager of $150,000 USD. At that time, there was no mention of the outstanding debts owed to the players and coach of the team.

During negotiations, Winstrike learned that the players were not signed to legally binding contracts and had been notified that they were owed over $60,000 USD by the organization. Upon learning this, they repositioned themselves to instead sign the players as if they were free agents. Since the agreement between Quantum Bellator Fire and the players was only a verbal one, there was nothing they could do to prevent it. 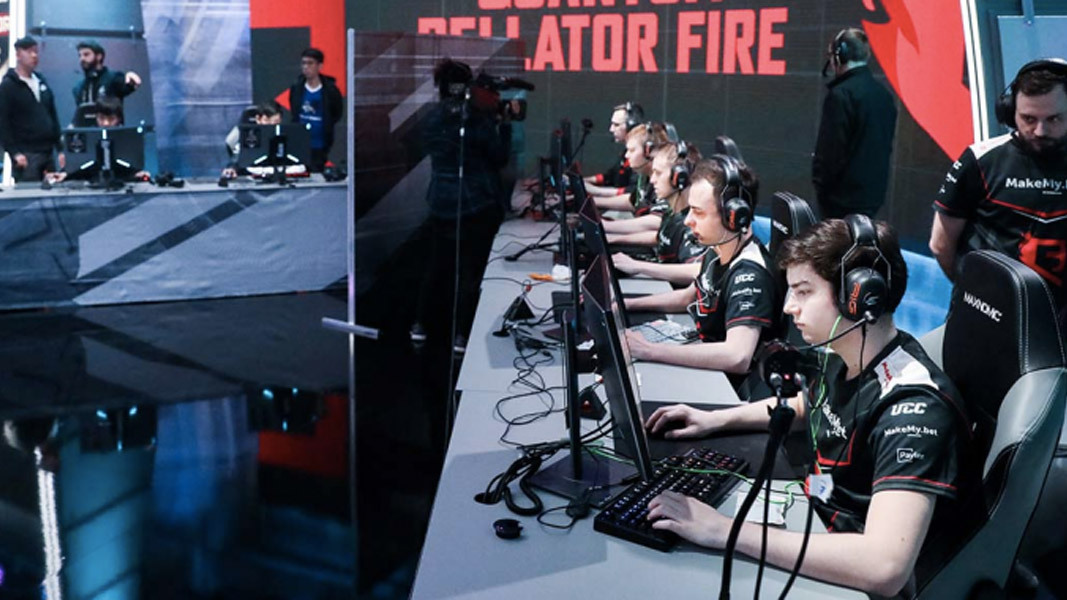 QBF impressed everyone with the run at the ELeague Boston Major.

When they began acquiring the players, Winstrike took on Vyacheslav Soloviev as a manager because he had explained early on to the organization that the players would not come without him. Again, they would later learn that this was not the case, as the players had suspected him as being the reason why they had not received a bulk of their owed money while with Quantum Bellator Fire. When approached about it by the players, he would routinely blame their missing payments on co-owner Kopylstsov.

Vyacheslav Soloviev’s tenure only lasted two weeks with the Winstrike organization. His first task was to manage the team and distribute daily stipends for the players during their time at Moche XL Esports 2018. He was given money by Winstrike for expenses, but according to a source, instead of providing meals and other necessary amenities for the players, he kept nearly 3,000 Euros to himself.

The players were not even aware that they should have been receiving money, learning about it after the event when they contacted Winstrike. As a direct result of this revelation, he was immediately fired by the organization.

One source claims that during this brief period with Winstrike, Soloviev admitted to the team that all of their owed prize money and sticker money was intentionally withheld by Quantum Bellator Fire. Information presented and reviewed by Dexerto shows two payments from Valve to Quantum Bellator Fire on March 23 and March 27, 2018 for their participation in the Boston Major cycle.

Another source said that Soloviev’s explanation for Quantum Bellator Fire withholding payments was because they thought that the players and coach would leave right after being paid and felt they deserved to earn something for supporting the team.

When pressed about where the money was, Soloviev said that it had been spent a long time ago by him and Kopylstsov. 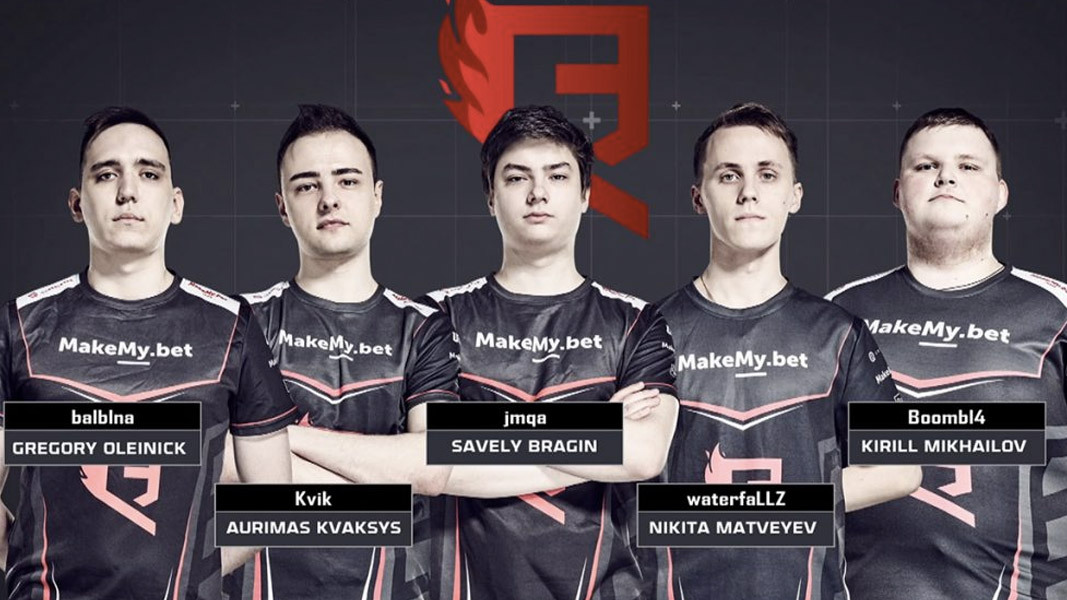 Money was reported purposely withheld from the QBFire team.

Multiple sources have presented financial documents to Dexerto that show the 2,950,000 Rubles stated to be owed to the players by Soloviev in his HLTV interview is lower than the actual amount that was later paid to the players by Winstrike as a part of their transfer.

The actual amount paid to the players and coach by Winstrike was nearly 3,500,000 Rubles (or ~$52,000 USD) at the current exchange rate. The exchange rate at the time of when the payments should have been received puts the total as high as $63,000 USD.

Dexerto was able to confirm that the $95,000 USD mentioned by boombl4 did not account for prize money payments to the team that were received from Quantum Bellator Fire in March,of around $35,000 USD.

We were negotiating the purchase of QBF for an amount of about $150,000. The complete mess with the contracts in the old org led to the fact that we signed players as free agents and began paying them salaries and full security as teams (meals, per diems, computers, travel and accommodation). It is important that mix roster came with the manager (Soloviev), who controlled every single thing in the team for two weeks during tournaments. After returning from the tournament in Lisbon, Iksou (coach) wrote to me in a telegram, complaining that he had absolutely no money. Then it turned out that they want to sell us a team with a bunch of debts for salaries, unpaid prizes and stickers, lack of contracts. We suspended the negotiations and tried to understand the situation. It turned out that indeed, there was a big debt to the players, which the former management could not pay off. They sincerely wanted to pay debts to the players from the money for the transfer, but forgot to tell us about it. After that, we began to bargain and decide who should pay the debt to the players and how the transfer cost will change due to this. After 2 months we re-signed contacts with the players, made the QBF debt to them ours and began to pay it out of the current expenses of the team. Negotiations with ex-QBF have moved into a sluggish discussion of transfer compensation, which is still ongoing. The fact of non-payment was, the debt to the players paid off by Winstrike. There was only a personal resentment of the players, which I understand, but I can not and do not want to do anything about it. Otherwise, this is not the worst conclusion to a very sad story.

When asked about the total owed to the players and coach of Quantum Bellator Fire:

The total amount that was agreed on with team members was 2,950,000 rubles. And you should ask Winstrike why they paid 3,400,000 rubles to the players, I can’t comment on that.

When asked about the money that was withheld from Winstrike players during the Moche XL 2018 tournament:

This is slander. We parted with Winstrike on mutual agreement. I reported to the management of the company for each ruble spent. Moreover, there is a signed document with Winstrike on the absence of mutual claims, Winstrike will confirm this. And may I ask you, does your source have any documents to speak about the theft?

When asked about why sticker money and prize money wasn’t paid as soon as it was received from Valve:

Most of the sticker money was paid to the players; some of the funds for the stickers and prize money for the Major remained frozen. Part of the money received by the organization was spent on increasing the salaries of the players, on travel support for Copenhagen Games tournament (there was no travel support at that tournament), on developing social media (QBF group in VK), and so on. Other money was frozen for a long time, and after that was spent on other projects, including new CS:GO and PUBG teams.

When asked why no official contracts existed between the players and Quantum Bellator Fire:

In Russia, there are no Esports contracts that legally tie players to an organization as it is implemented, for example, in football. Russian Esports Federation doesn’t yet allow entering into sports contracts with players. Therefore any agreements/contracts do not protect organizations and players in particular. As a result, we worked for a long time with the players without contracts. After they had passed the Minor, we handed over the contracts to a large law firm to analyze the legal system and the possibility of signing contracts that could protect both parties. But they did not meet the deadline, and the players became Legends, and the signing of treaties was no longer discussed.

Correction: Dexerto initially falsely stated that Vyacheslav Soloviev was a part of the CS:GO organization ForZe, which is untrue. The article has been updated to reflect this as of August 6 at 3:46 PM PST.