The latest update for Counter-Strike: Global Offensive has seen Valve make a major change to how economy works in competitive games.

The developers of the popular first-person shooter have made a key modification to the start-of-half economy, boosting the amount of money teams will receive for losing the pistol round.

Valve’s decision to implement such a major update during the middle of the CS:GO season has not gone unnoticed, with some fans fancying the likelihood of an upset on legitimate betting websites such as BetEasy. Counter Strike Global Offensive Betting by BetEasy offers the latest odds and predictions on matches within different leagues across the globe. Best to keep an eye on it to see how this update changes the game for the players.

Previously, teams who lost the pistol round would receive $1400 as their losing bonus. In the new update, teams will now receive $1900, giving them an extra $500 to play with heading into the second round

The rest of the losing bonuses remain untouched, with teams receiving $2400, $2900 and $3400 for consecutive rounds losses following the pistol round.

Valve hope that by making this change, they can “reduce the impact of a pistol round win on subsequent rounds”, giving players a better chance at winning should they lose the opening round of the half.

Valve also made adjustments to some of the weapons featured in CS:GO. The CZ75a has been tweaked to “encourage semi-automatic fire at medium and long ranges” by improving the accuracy recovery rate of the pistol, while the Tec9 has had its fire inaccuracy lowered to make it more viable in mid-range gunfights. 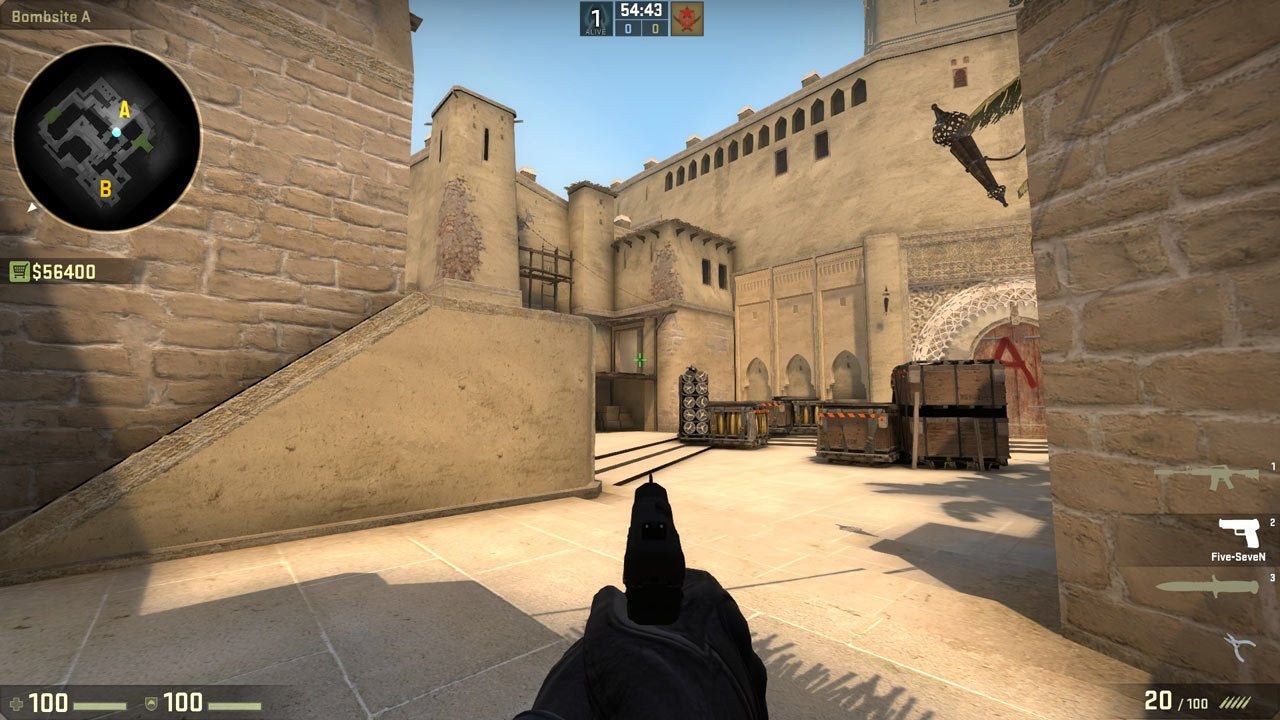 The biggest changes in the latest update are to the economy post-pistol round.[ad name=”article3″]

The prices of both the AUG and the SG553 scoped rifles have been lowered in an attempt to encourage the use of these weapons in competitive play, while the map Austria has replaced Canals in the competitive matchmaking pool.

The latest patch for Counter-Strike: Global Offensive is live right now. The full patch notes for the update are available below:

– Adjusted the start-of-half economy with the goal of reducing the impact of a pistol round win on subsequent rounds.
— In Competitive Matchmaking, both teams are now considered to start the half with a one-round ‘losing streak’ that is reset following a round win. Instead of $1400, the Round 1 loser receives $1900, then $2400 for a subsequent loss, etc.
— The start-of-half losing streak can be adjusted via “mp_starting_losses”

Audio
– Added a “VOIP Positional” audio setting. When this setting is enabled, in-game voice audio will be played from the position the player is standing at.