Vitality AWPer Mathieu ‘ZywOo’ Herbaut demonstrated his prowess by kicking off 2020 with a ridiculous 1v5 Deagle clutch in CS:GO.

ZywOo has been widely regarded as one of the breakout players during 2019 since joining Vitality and has quickly put himself in the conversation against names such as s1mple.

The French rookie has been seen carrying his teammates to deep tournament runs at times and putting up performances that made many fans believe he was the best CS:GO player in the world. 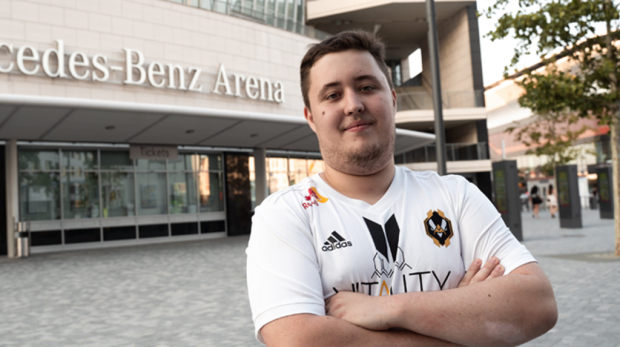 ZywOo is regarded as one of the best CS:GO players in the world.

The 19-year-old still seems to have remained in top form over the holiday season, pulling off an unbelievable 1v5 Deagle clutch during an FPL match to kick off the new year.

After finding himself stranded alone on Dust 2’s Catwalk during an offensive round, ZywOo opted to put away the Scout sniper rifle in favor of the classic Desert Eagle, with it’s one-tap potential.

It did not take him long to put it to good use, as he quickly dispatched of the approaching opponents with sharp flicks resulting in headshot kills for the French star.

After eliminating the first three players, ZywOo crept his way to the A site before disposing of yet another enemy and planting the bomb.

Unfortunately for the final opponent, there was little he could do, the vitality star baited him into peeking wide and he was instantly met with the same fate as his teammates.

After ZywOo managed to complete the flawless ace clutch, everyone in the lobby could only admire his play and claimed the players were simply “Zywooed.”

Many Vitality fans will be happy to see ZywOo pulling off incredible clutches such as this one in the run-up to BLAST Pro’s 2020 season that kicks off in London on January 31.