The fan favorite ‘Old Guys Club’ players were forced to give up the possibility of qualifying for the IEM Katowice CS:GO Major on December 13, much to the disappointment of the Counter-Strike community.

The players, predominantly retired Cloud9 legends like Mike ‘shroud’ Grzesiek and Jordan ‘n0thing’ Gilbert, have been streaming their impressive run through the online qualification stages but the dream was cut short when they were forced to forfeit their lower bracket round one match against TeamOne in the Americas Minor Closed Qualifier.

OGC won the first map against their Brazilian opponents and were up 15-13 (match point) on the second map but prior commitments for shroud meant that they would not be able to play in the next round with their full team. 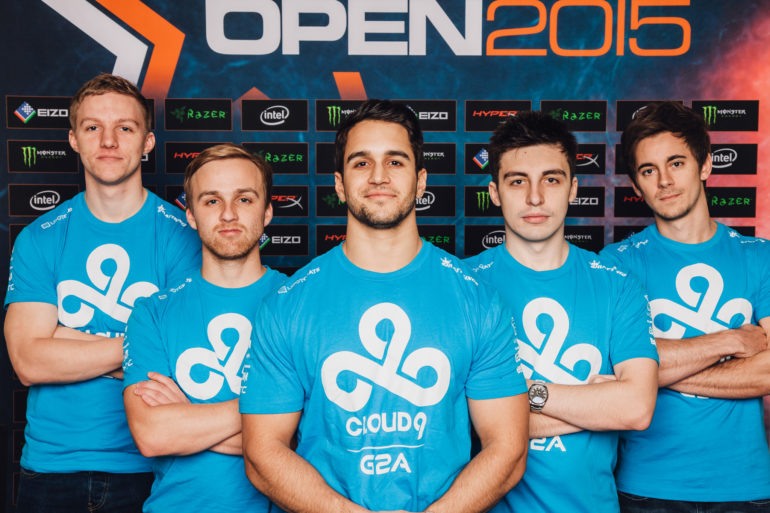 Freakazoid (center) is the only member of the iconic summer 2015 Cloud9 roster missing from OGC.
[ad name=”article2″]

Unfortunately, the team had no substitute on their roster and they were not permitted to reschedule their lower bracket round two match; forfeiting and allowing TeamOne to proceed was the only option that remained.

While the IEM Katowice qualification run began as a bit of fun for the popular ex-pros, the fact that they had to forfeit after coming so far was a massive disappointment to both the players and their thousands of fans.

The situation likely became even harder to stomach for the veterans when they saw TeamOne blast through Spencer ‘Hiko’ Martin’s Rogue squad and earn a spot in the lower bracket semifinal of the closed qualifier.

The Brazilians will face Swole Patrol on December 14 and the winner of that best-of-three match will qualify for the Americas Minor LAN. The Minor is the last step for teams hoping to play at the IEM Katowice Major.

Shroud had previously committed to a sponsored event in Los Angeles and had been playing the qualifier matches at Tyler ‘Skadoodle’ Latham’s house while he was there.

While the team’s IEM Katowice dreams ended prematurely, fans will be hoping that the success and popularity of their qualification streams will convince them to try again for future competitions.