CS:GO player smooya hits out at Epsilon Esports, warns players not to join

Epsilon Esports are one of the oldest esports organizations in the world, running from 2008, and are best known for their Call of Duty, CS:GO, and FIFA squads. They came under fire in early 2019 after accusations of failing to honor player contracts.

On August 6, the organization announced on Twitter that they are looking to pick up new teams, which was something that ex-Epsilon star smooya chose not to ignore. 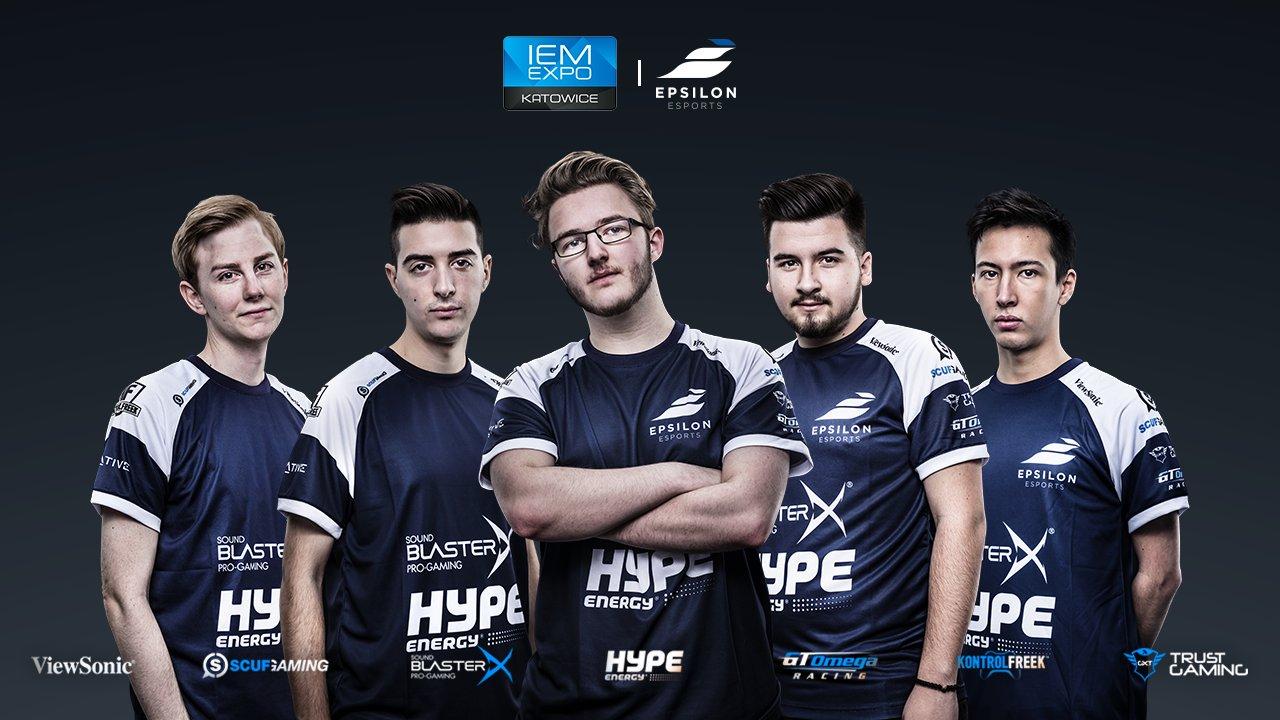 “I’d recommend not joining at all. That goes for everyone!” said the Englishman in response to the announcement from the organization.

The Englishman was a part of Epsilon from 2017-2018, during that time he had some problems with the organization, including contract issues in which the player claimed he had received a massive wage reduction due to being benched, and had an absurdly high buyout that was limiting his ability to leave. 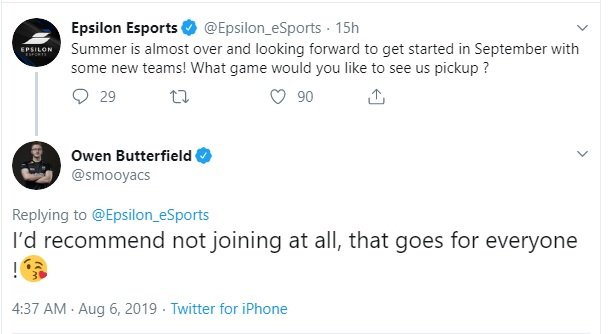 Smooya hits out at Epsilon on Twitter.
[ad name=”article3″]

Despite his grievances, he remained with Epsilon and appeared to be happy on the team for a few months after that, until his eventual departure to BIG Clan.

Smooya’s statement comes at a time where players are voicing concerns against the behaviour of teams and organizations. In July, ex-Ninjas in Pyjamas player Robin ‘Fifflaren’ Johansson accused his team of mistreating players, which has since been backed up by other ex-players.

Dexerto have reached out to both Epsilon and Smooya for comment on the matter, and will be sure to update this article if either party responds.