As reported by Dexerto in July, MIBR had been chasing INTZ’s top player for some time. The organization was just waiting on their potential new signing acquiring a US P-1 visa, after his last stint on Immortals saw him refused entry due to only holding a tourist visa. 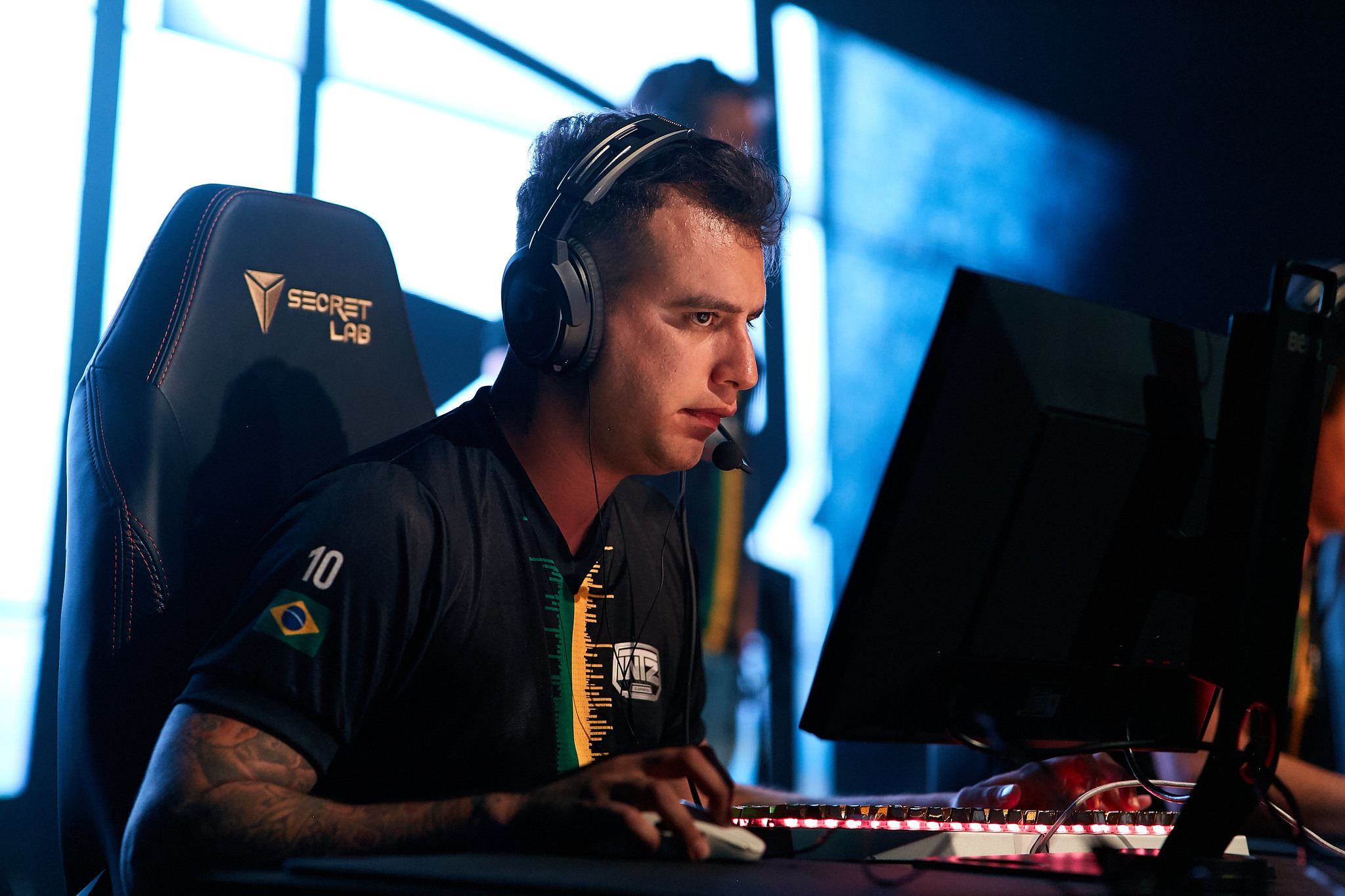 kNgV has made the move from INTZ to MIBR.
[ad name=”article2″]

Now kNgV believes he is being given a second chance with the organization he first succeeded with in 2017, due to Immortals Gaming Club acquiring the MIBR brand from Paul Velloso last year.

“Today I become part of a great team, and probably the most popular one in the whole world, with a long history and with players who probably and literally won everything in CSGO,” he said. “I am very excited for this new phase in my life.”

After finishing runners-up with Immortals at the PGL Major in Kraków in 2017, Giuseppe said he believes he has unfinished business with the organization governing MIBR, and is aiming to go one step further than he did in his first stint.

“I want to thank IGC and MIBR for giving me this second chance. I know I have failed a lot in the past, but I believe everyone always deserves a second chance in life, and this is mine. For this organization, I will finish what I’ve started two years ago,” he said. 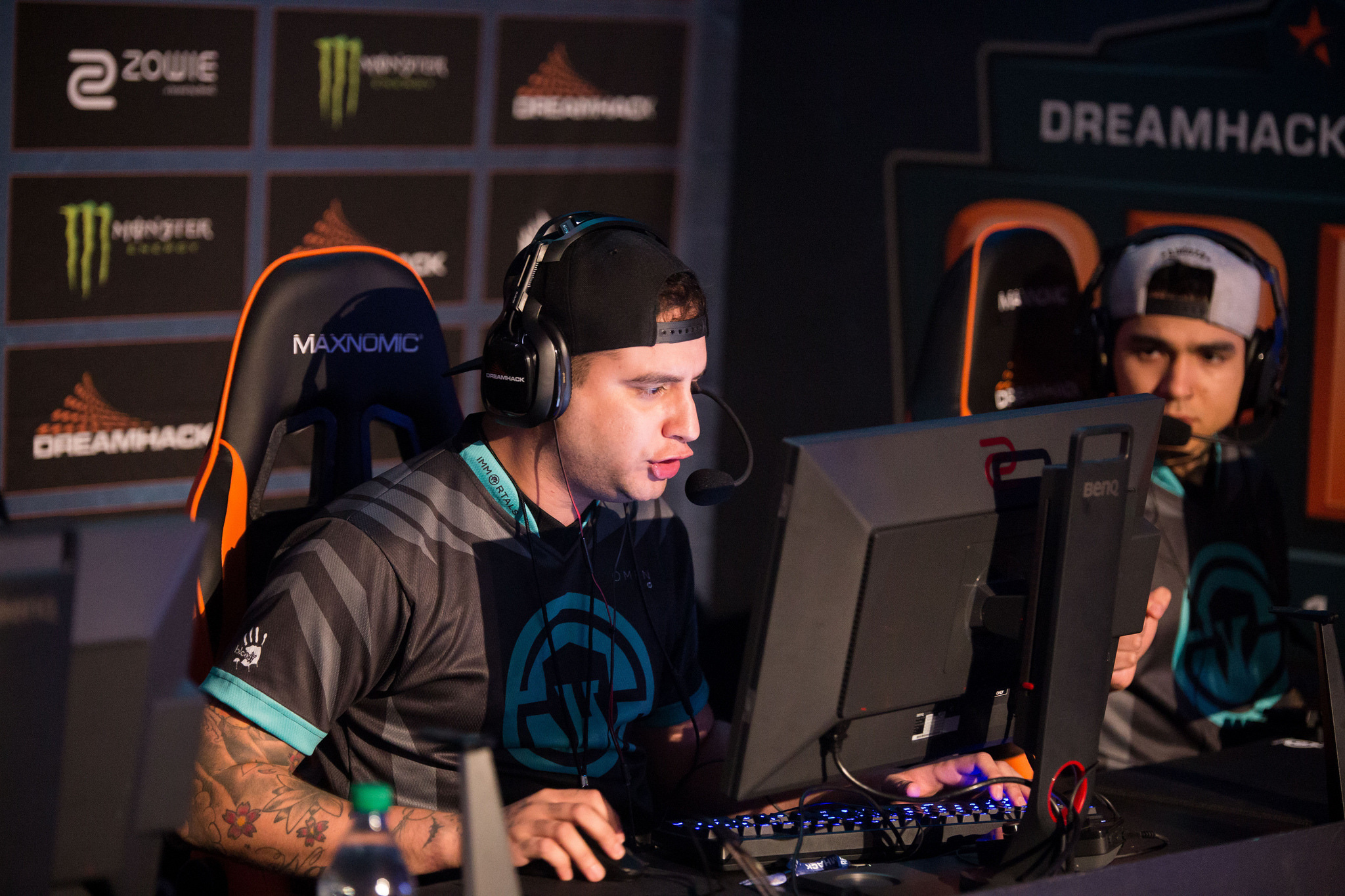 After leaving Immortals, kNgV joined the ill-fated 100 Thieves roster that was released without playing a game. He then had stints with rosters like Virtue Gaming and NoTag, before being signed by INTZ in late 2018.

After a rocky road between his second-place finish at the Kraków Major and joining MIBR, the 26-year-old said he’s fully aware of how much a place on the leading Brazillian team means: “I have the consciousness that I am where any other Brazillian player would like to be. I fought and worked really hard to be here.”

kNgV is expected to play his first tournament with his new roster at BLAST Pro Series Moscow on September 13-14. The team has been playing together since INTZ were eliminated from the Berlin Major’s New Challengers Stage without a win.

Hi everyone,
I’d like to share something with all of you. With those who are with me on my long and hard, but happy journey.

I would also like to take this moment to once again, talk about my mistakes but also the times I’ve succeeded, as well as my personal and professional growth for the past two years.

When I decided to play professionally again, I couldn’t really imagine the many and uncountable amazing experiences I would have lived, and of course not all of them were that amazing, I admit.

Since immersing myself in the unknown, up to playing the Major Finals, I watch a long and happy movie in my mind, but that was when everything started to fall apart.

Conflicts, wrong attitudes and mistakes, and when I realized that I was drifting away, my heart was broken for seeing myself not being able to do what I loved the most in my life. I wasn’t able to play at a high level anymore, knowing that I could actually do even better and go even beyond all of that.

It hurt watching tournaments, knowing that all of that was my own routine, and all of a sudden not anymore, even though I knew I had all the potential to be there.

I’d like to thank to INTZ, for putting their trust in me when no one else did.

For that I’ll always be grateful, and I want to thank my teammates as well, for all the happy moments, victories, losses and experiences we shared together.

Right now I feel like I am more mature and also more experienced, and I’ll even risk to say that I feel all that, way more than I’ve ever felt in my entire life, and as I’ve received the opportunity of a new challenge and probably the biggest one in my life, I’ll devote myself with my mind, body and soul.

Today, I am pleased and proud to announce I am MIBR!

Today I become part of a great team and probably the most popular one in the entire world, with a long history and with players who probably and literally won everything in CS:GO.

I am very excited for this new phase in my life and I will give my best to be the difference they needed for better results.

We’ve been practicing already, and in only 10 minutes with them in server, I already felt that good things are about to come.

I believe that what I am living now, is the fruit of my labour and learnings. I also like to think that God writes straight with crooked lines, and finally my turn has come.

I have the consciousness that I am where any other Brazilian player would like to be, and I fought and worked really hard to be here.

I want to thank IGC/MIBR for giving me this second chance, a second opportunity.

I know I have failed a lot in the past, but I believe that everyone always deserves a second chance in life, and this is mine. For this Organization I will finish what I’ve started two years ago.

Close, but no cigar, but we will keep chasing this dream together and once again, thank you so much for this second chance, and I can’t wait to prove day by day the reason why I deserve to be here.

I am the kind of person who never gives up on dreaming, even when everything seems to be lost.

I don’t want to be a role model and as much as I know I can’t be one, I can only say this, never give up on your dreams. This was my moment, and it became true.

My past actions showed me I was wrong and I won’t commit those same mistakes ever again. I realized how much I lost and how badly I messed up, and because of those experiences a man rises.