Viewers got the chance to listen in to eUnited’s comms during their series against Evil Geniuses at the ESL Pro League Season 10, and it’s safe to say they were not expecting what they got to hear.

The tenth season of the American ESL Pro League got underway on October 8 with 16 of the top teams from North and South America battling it out for their place in the global finals against the best teams in the world.

Among the first games played at the Pro League, saw ESL One New York champions Evil Geniuses matching up against eUnited to kick off Group B of the event. 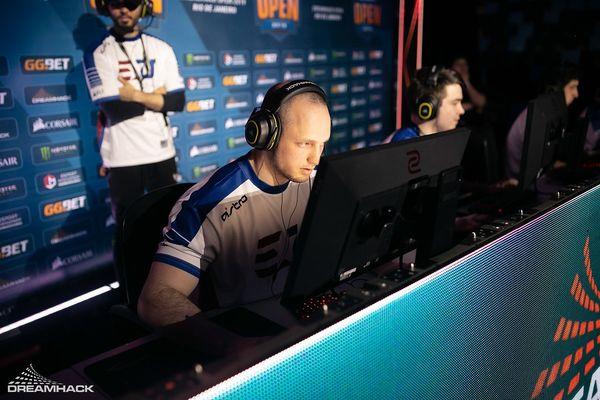 The eUnited stars likely did not know they could be heard on stream.
[ad name=”article2″]

During the second map of the series, the camera panned to some of the eUnited players as they were buying their weapons and discussing strategies for the round ahead.

eUnited’s AWPer Austin ‘Cooper-’ Abadir was communicating with his team, which was faintly picked up by the camera before he questioned which of his fellow CS:GO pros had been farting near him.

“Dude, I don’t know who the f**k is farting but this is unbelievable,” He said, unaware that he could be heard on stream, as the casters to burst into laughter, questioning if everyone at home had heard it too.

Another clip from one of the previous rounds saw Cooper’s brother Ryan ‘freakazoid’ Abadir reacting to the smell by covering his nose with his jersey during the timeout.

After waiting a short while, the former Cloud9 star sat back up again only to find that the smell was still lingering, and began to fan the air in front of him, making hilarious faces in the process.

Many fans were suspecting that the eUnited rifler, Vanity, was to blame as he sat directly in-between the eUnited brothers who were both unimpressed by the odor. But, we’ll never know for sure.

Unfortunately for eUnited, they ended up falling 2-1 to Evil Geniuses in the series, however, their chances to make it to the ESL Pro League finals are still alive.