Brazilian CS:GO veteran and MIBR member Fernando ‘fer’ Alvarenga broke his clavicle and his wrist in a scooter accident, according to the star’s Instagram live story.

MIBR have been dealt another blow going forward, as they’ll be playing with an injured star operating below peak efficiency.

Fer posted two images to his Instagram story on October 2nd, showing the Brazilian star in a sling. 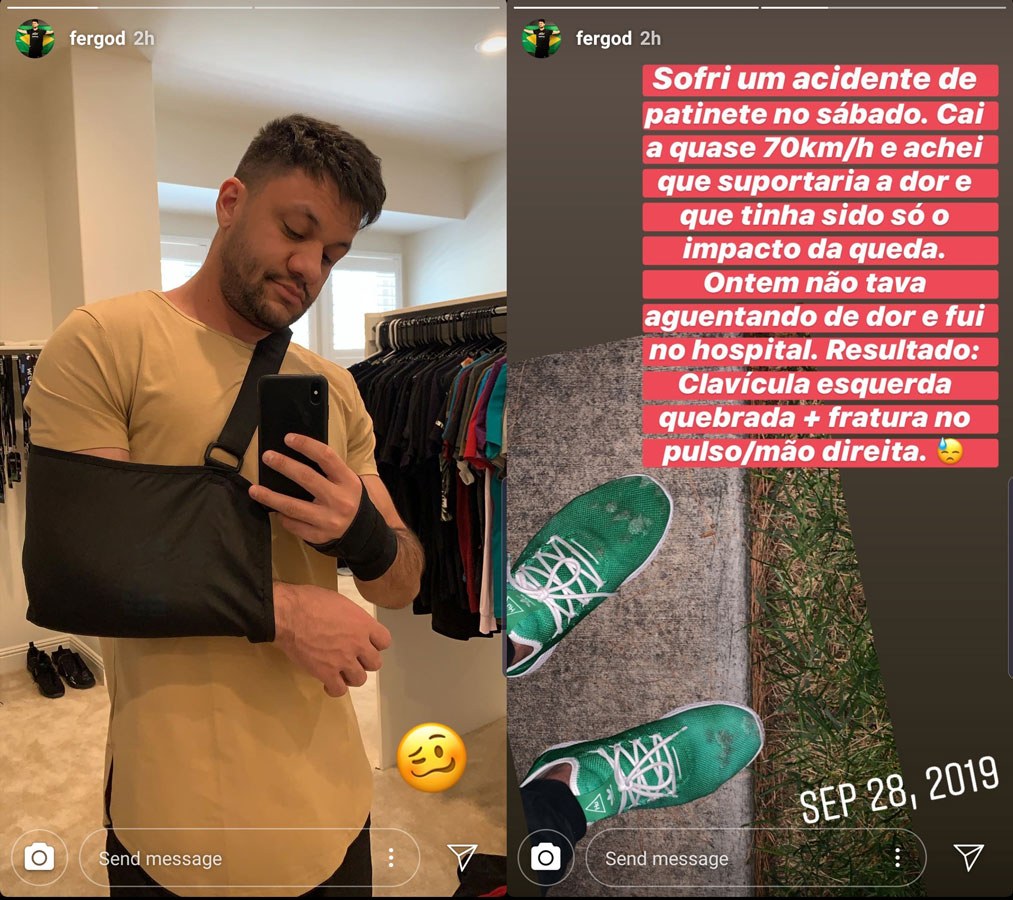 Fer’s arm in a sling, and his subsequent explanation
[ad name=”article2″]

A rough translation by reddit user /u/_Xertz reveals what happened to fer:

“I had a scooter accident on Saturday. I fell at over 70km/h and I thought I could handle the pain and it was just the impact of the crash. Yesterday I couldn’t stand the pain and went to the hospital. Result: broken left collarbone + wrist/right hand fracture.”

The news of fer’s accident is not ideal for a team trying to build momentum. The team recently parted ways with Marcelo ‘coldzera’ David after he asked to be benched, and recently he was transferred away to FaZe Clan.

Without coldzera, the team competed with coach zews for a period of time before finalizing their acquisition of kng. In their first appearance with kng, MiBR were eliminated from the StarLadder Berlin major in the New Legends stage, with a 1-3 record.

Just before the accident, MiBR suffered an embarrassing loss to ATK, a challenger team in the ECS North American series.

But fer will continue playing despite the injury, according to the MiBR team manager.

The tweet roughly translates to “Fer is playing normal, and will play the pro league normally for those in doubt.”

We’ll see how the injury affects him going forward.