After releasing Finn ‘Karrigan’ Andersen in late 2018, FaZe Clan have been in a tricky spot, unable to find a set lineup to achieve success, with leader Håvard ‘rain’ Nygaard even revealing they regretted dropping the Danish star.

Polish veteran NEO came into the roster as a substitute in May, having left his long-term home of Virtus.Pro in December, but despite his experience, NEO’s addition never looked like a permanent solution to FaZe’s problems. 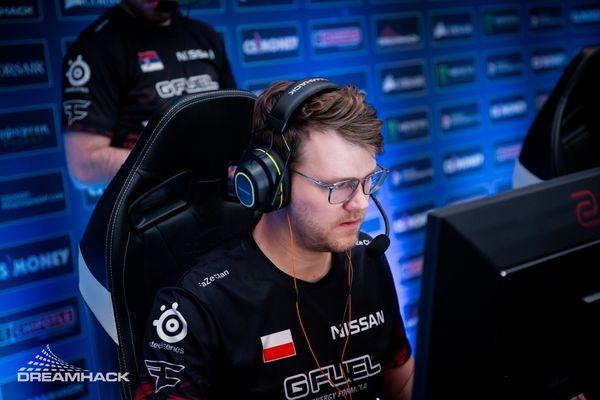 NEO’s time with FaZe has come to an end.

On September 11, FaZe announced that he would no longer be part of the CS:GO team as a substitute, thanking him for his efforts.

Although some may consider NEO to be in the twilight years of his long career, he still displayed flashes of excellence, showing he still has time left at the top, if he chooses.

CS:GO Update: NEO will no longer be a substitute for our roster. We want to thank him for his efforts and contribution to the team. It's been a pleasure working with such a legend and we wish him the best of luck for future endeavors. pic.twitter.com/wbhsPvAtvt

It now leaves FaZe back at square one, with the four-man roster that has been together for over three years, but missing the key building block that was, for a time, Karrigan.

It remains to be seen if these four players will stick, as rumors have already surfaced that one or more of the team are being tapped up for moves elsewhere, which would signal the complete end of the FaZe roster which many touted for greatness, but never truly realized it to their full potential.

Their 12-14th placing at the Berlin Major could well be the nail in the coffin, but nothing is confirmed yet, and with a busy roster shuffle period now in full swing, anything could happen.