Oleksandr ‘s1mple’ Kostyliev is dubbed to be one of the best CS:GO players of all-time, and his total hours in Valve’s flagship FPS proves that it takes more than just natural talent.

It’s no secret that if you want to master something, you have to do it over and over — the old saying ‘practice makes perfect’ is a mantra plenty of esports pros live by.

S1mple is right at the top of his craft and is widely considered the most mechanically gifted Counter-Strike player ever.

S1mple’s iconic AWP play on Cache at ESL One Cologne (2016) etched his spot into the game and is recognized among the great plays in Counter-Strike history.

The 22-year-old Counter-Strike sensation can do everything to an exceptionally high standard. Be it an AWP or Rifle in-hand, s1mple is capable of changing the course of a match in the blink of an eye.

After joining Natus Vincere, s1mple has found his groove. Under the NaVi banner, the Ukranian has led his team to multiple LAN wins, including an upset at the ongoing Blast Premier — where both s1mple and electronic single-handedly sent Astralis packing.

It was during the Blast Premier stream that one eagle-eyed fan spotted the total hours Kostyliev has clocked in CS:GO alone.

As the stream panned across s1mple, a screengrab of the stream revealed that he has invested a staggering 16,122 hours into Valve’s FPS — that’s almost two calendar years! 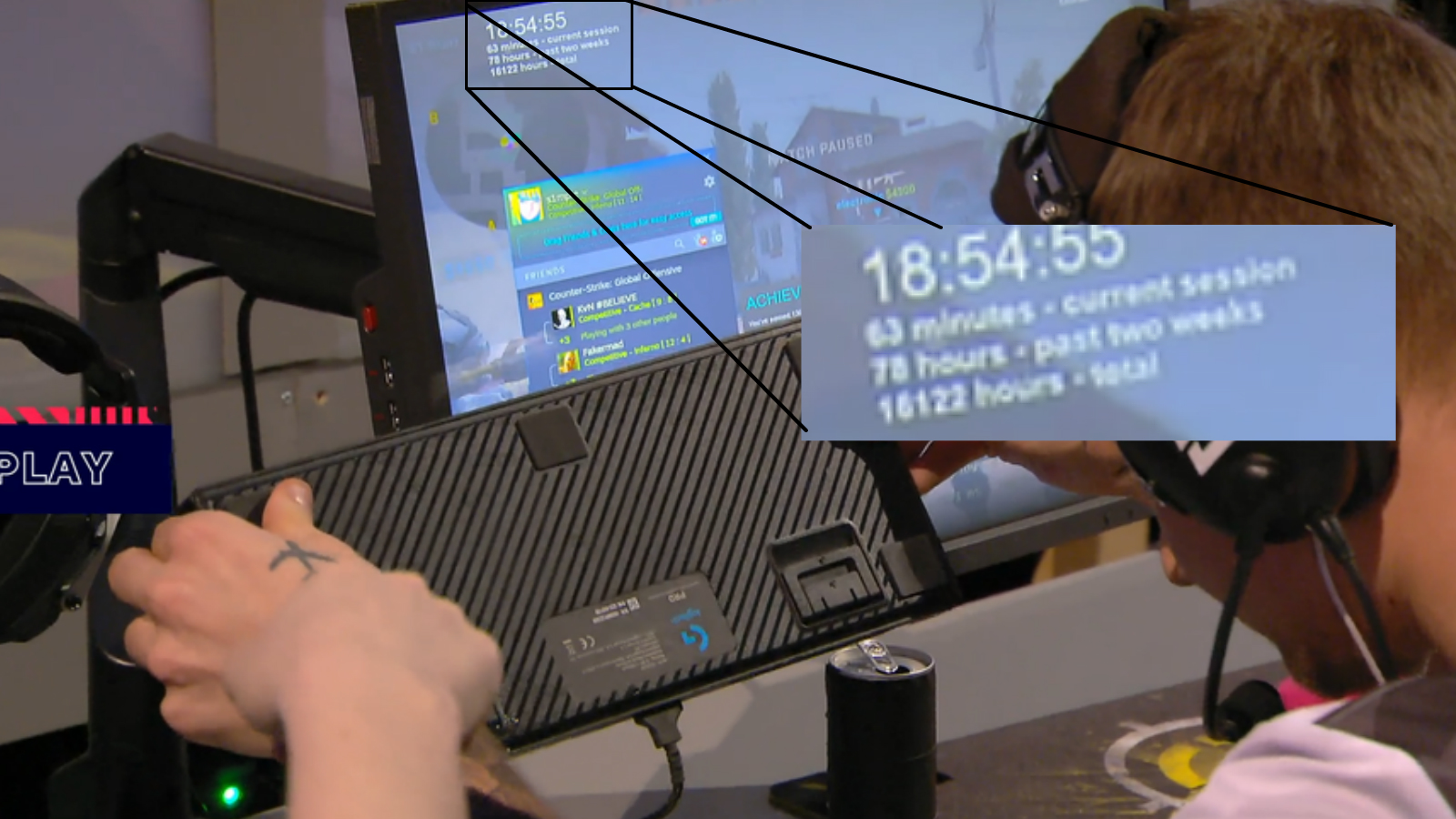 Of course, Counter-Strike demands a regimented practice schedule to stay one step ahead of the competition.

Factor this with the fact that Kostyliev frequently streams his POV to his Twitch channel, and it’s no wonder why well on his way to 20,000 hours.

While s1mple is yet to reach the absolute pinnacle of CS:GO and claim his first Major title, there’s no doubting his dedication to the cause.

Add to the mix that the NaVi prodigy has likely dabbled with alternate accounts (considering his previous VAC ban in 2014), the total across all of his accounts is probably much higher.

With NaVi locked in to compete at the ESL One Rio Major this coming summer, s1mple will most definitely be racking up more hours in the coming months.