The Berlin 2019 viewer pass is now live in CS:GO as part of the August 14 patch and there is a ton of new content to dig through.

Included in the pass is a Berlin 2019 Event Coin, new challenges to compete, Stream.TV flair, Berlin 2019 Souvenir Packages, and more.

According to a CS:GO blog post, “Every time you upgrade your coin, you can redeem a Souvenir Package of the match of your choice.” 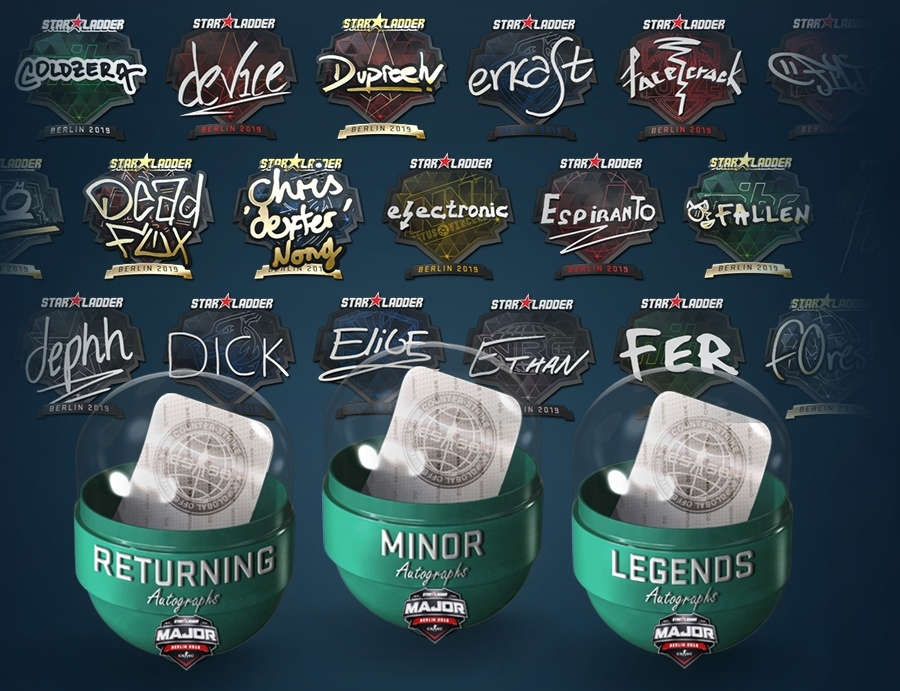 Autograph stickers that fans will be able to collect.
[ad name=”article2″]

Additionally, 50% of the proceeds will be going to players and organizations competing at the major.

As we previously reported, Valve revealed the autograph stickers and sprays for the upcoming event.

In a bit of a mixup, Team Liquid’s Berlin major sticker is from last year’s. Luckily, however, the problem has since been fixed.

“Thank you to @CSGO for fixing our sticker in such a short amount of time! Super excited for the major and thank you everyone for all of the support!” Team Liquid’s General Manager Steve Perino said.

Thank you to @CSGO for fixing our sticker in such a short amount of time! Super excited for the major and thank you everyone for all of the support!

The new patch also includes some server updates and optimization, which will be welcomes by many players.

You can read the full list of patch notes below.

— Unlimited team graffiti for the duration of the event.

— Team and player autograph stickers are available for purchase.

— Optimized client-side processing when kills are scored with StatTrak weapons.

— Breach has been updated to the latest Workshop version.