In a followup to a post from last week, a former Beşiktaş Esports League of Legends player shared screenshots of alleged conversations with BJK management, revealing alleged threats, lying, and attempts to pay for silence.

Last week we reported on allegations that Beşiktaş had not been properly playing its players across multiple esports rosters, per former women’s LoL player Natalie ‘Stratospanda” Kristiansen.

Stratospanda alleged that players experienced multiple delays on payments and that many players still have not been paid.  BJK also allegedly threatened to withhold payment in exchange for public silence, allegedly going so far as shutting down the players’ Discord when they started to ask each other if they had been paid.

In an August 28th follow up post, Stratospanda provided another update containing further allegations of players not being paid by BJK.

UPDATE on BJK not paying their players

In the post, Stratospands shares alleged screenshots of conversations with members of BJK management, she is told that interviews and lawsuits “won’t get you anywhere,” and that they “won’t get the money.”

The screenshots state that BJK found an investor and could make payments in a few days, but Stratospanda said that she’s had no response in five days, and that she’d been hearing that since March. 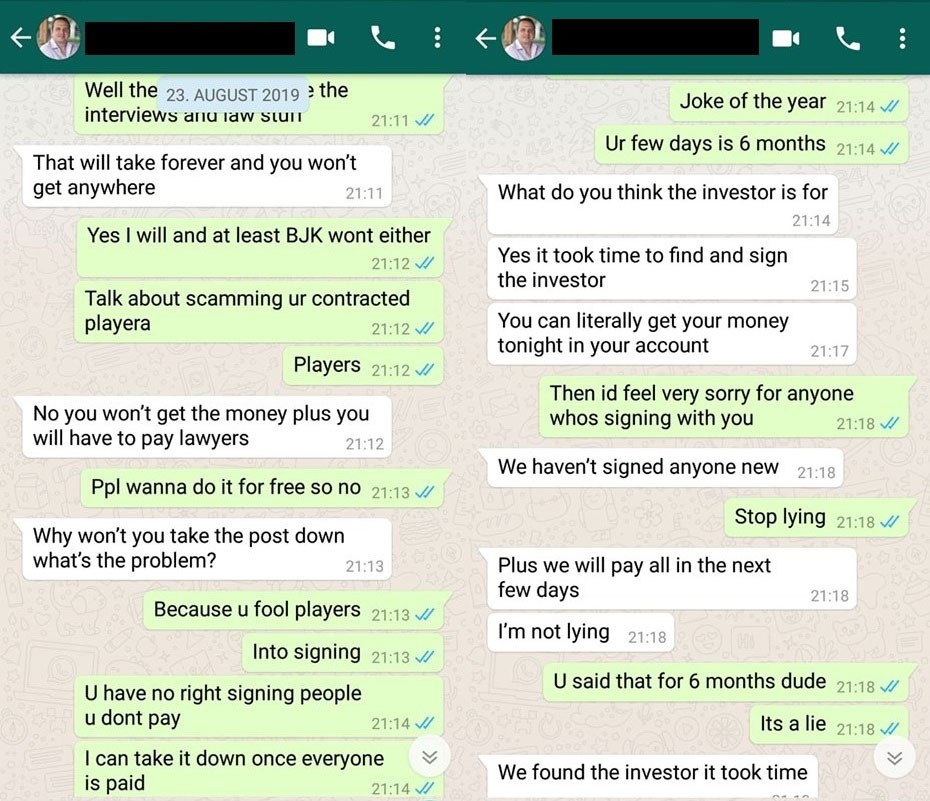 In another set of screenshots, showing an alleged group chat with members of BJK management, it shows the group implying that she wouldn’t receive the €3k owed because she “damaged the company.”

She then showed a screenshot of the group offering the €3k (that she claims is already owed to her from her contract) if she signs an NDA and takes down the post. 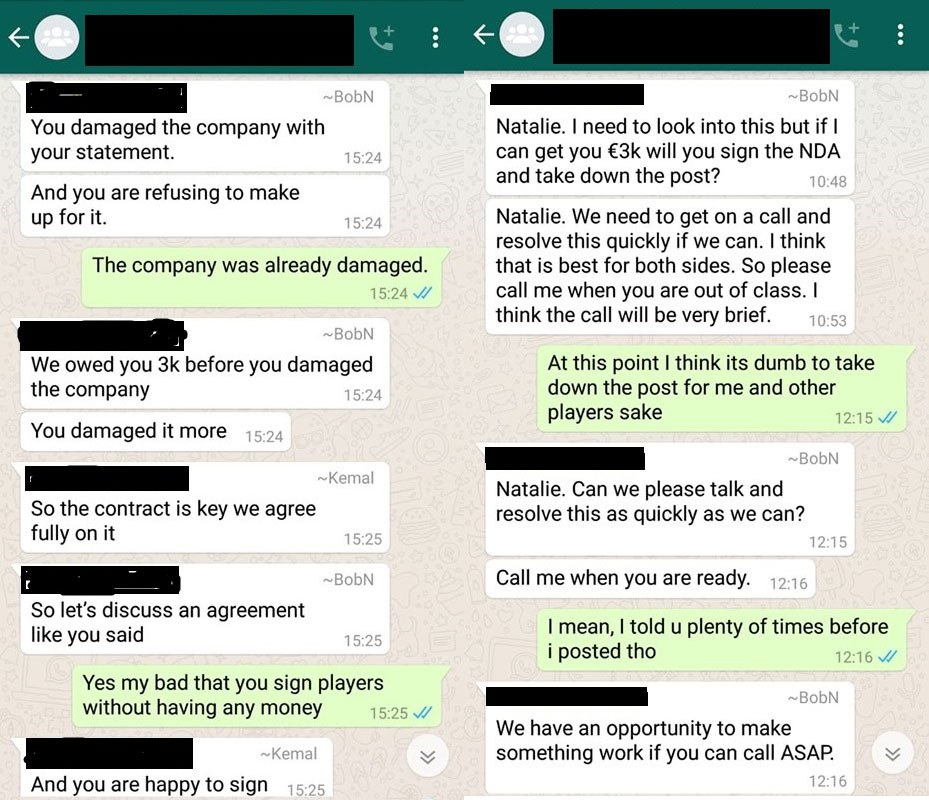 Stratospanda also alleges that BJK received over $800K in investments, and yet still lost money and were unable to pay their players.

Salih “Auspex” Kızıldağ, a former player for the BJK mens LoL team, replied to the Stratospanda post with critical words about the organization.

they refused to pay in time when I was working with them last year, none of the players got paid at the time they were supposed to get paid. it's a trash organization with a highly irresponsible management

Other players responded as well. Fortnite player rottha claimed that the Fortnite team is still waiting to be paid as well. Former Rocket League coach Ignacio Mendoza alleges that that squad is still owed €2k.

We will provide more updates on the Beşiktaş situation as it unfolds.