The BLAST Pro Series had an epic conclusion May 11 as Grand Finals underdog CS:GO Danish powerhouse Astralis to take home the top honors in Madrid.

The tournament series invites some of the very best CS:GO teams in the world such as Astralis, Natus Vincere (NaVi) and more, for a grueling weekend tournament to see who comes out on top.

Astralis have continuously remained the favorites in the pro CS:GO landscape despite missing major events, making the showdown in Madrid all the more spectacular. 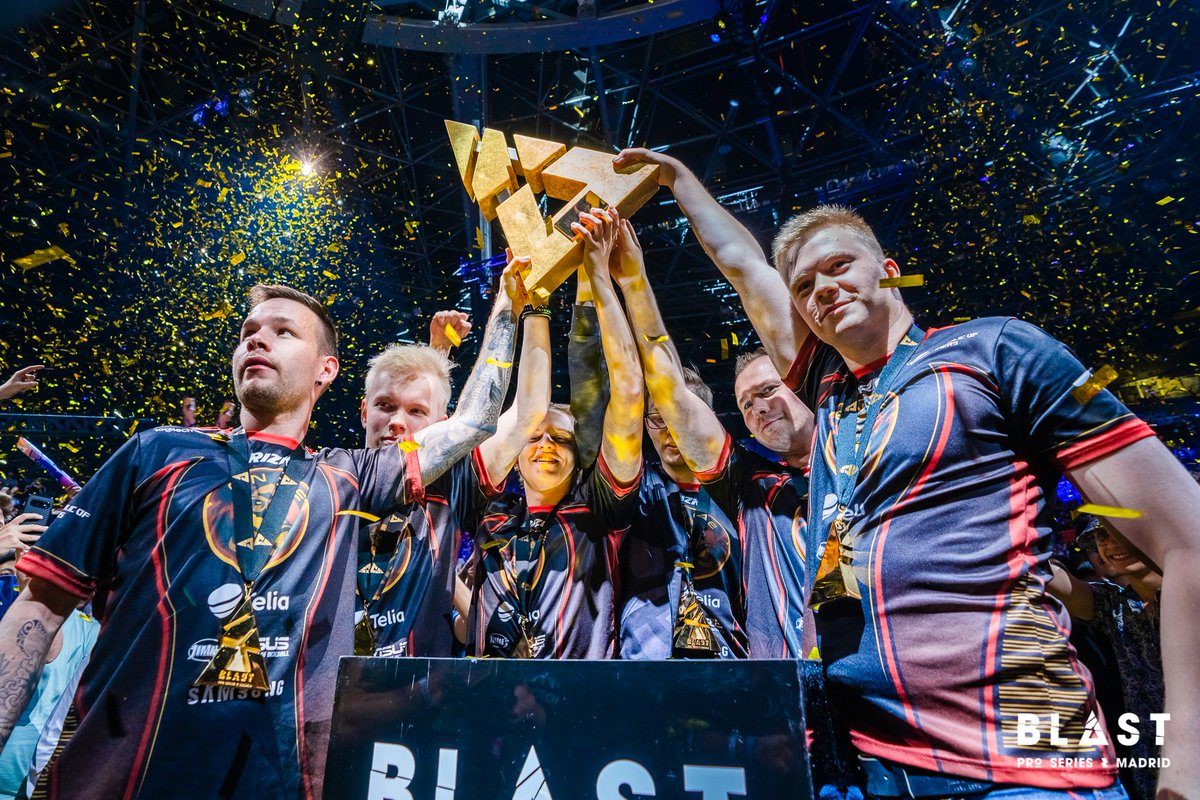 The tournament ended with a rising giant in CS:GO claiming the top prize.

While ENCE undoubtedly came into the tournament as one of the stronger teams, no squad in the world is expected to perform against Astralis like they did in the Grand Finals.

Throughout numerous rounds in the matchup, ENCE expertly weaved explosive individual play and fearless team executions against Astralis that continuously made the Danish squad look uncharacteristically out of sorts.

The crowd were hyped in the early goings of the Grand Finals as ENCE were able to put up a stingy defense to hold Astralis’ advances, quickly going up 6-0 against the Danes.

Even though Astralis were showing some signs of life in the second half of their map pick, ENCE made quick work of their opponents in a 16-9 victory.

The defeat ends Astralis suffocating 31-game win streak on Nuke, keeping them one victory short of tying the Ninjas in Pyjamas’ longest win streak on LAN of 32-0 on the same map.

ENCE close out against Astralis

The second map, Train, was a different story with a similar ending. Astralis came out firing with a quick 5-0 lead on CT, but it was a hotly contested half which ended 8-7 in favor of the Danes.

Though it seemed like Astralis were finding their footing, BLAST Pro Series Madrid MVP Jani ‘Aerial’ Jussila shutdown any hope for a comeback getting 25 kills on the second map to end the series and tournament.

The victory marked the first time ENCE has raised a championship trophy in a BLAST event, but also marks the second BLAST tournament in a row where Astralis didn’t manage to take it all.

Astralis will have a month to regroup before competing in the Finals for ECS Season 7 in June, while ENCE and their fans will be sure to cherish a monumental chapter in their young history.