The FACEIT ECS Season 8 Global Finals saw eight of the world’s best CS:GO teams battle it out in the Esports Stadium, Arlington for their share of the $500,000 prize pool.

As the 2019 season is beginning to come to a close, many CS:GO fans were tuned in to see which team would come out on top in one of the final events of the year.

After months of the regional ECS pro leagues in Europe and North America, only eight of the top teams worldwide had earned their chance to compete at the playoffs in Arlington, Texas. 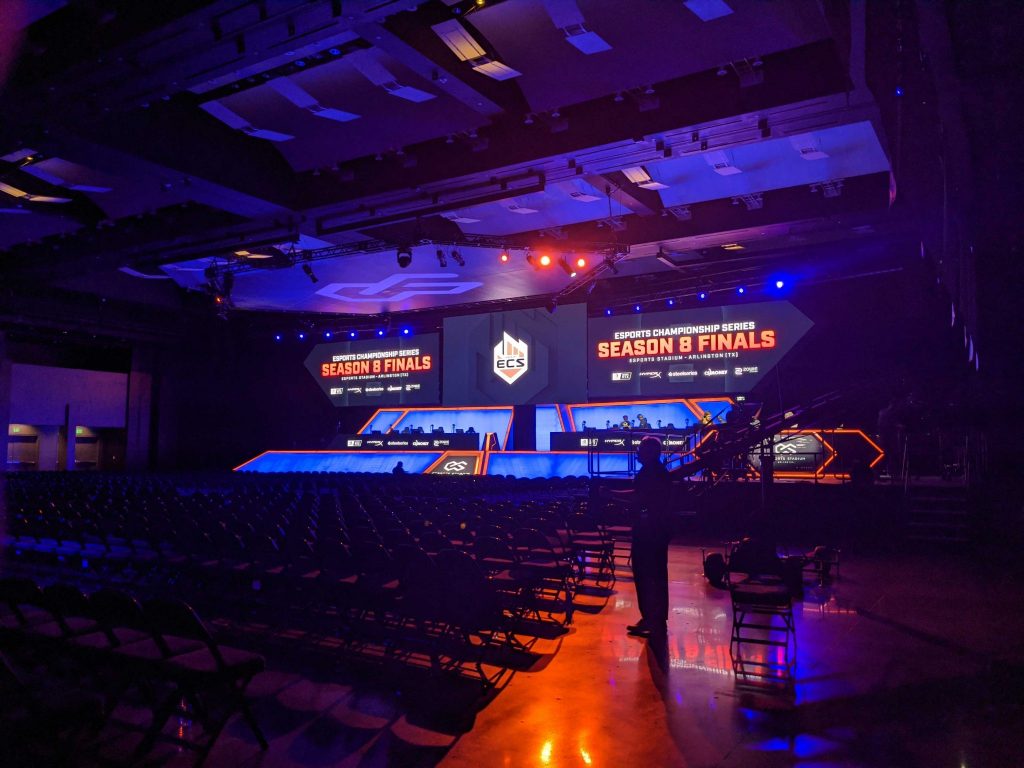 The top eight CS:GO teams battled it out in the Esports Stadium for the ECS Season 8 Finals title.

One team which stood out to many fans leading into the tournament was the Brazilian Challenger side of Sharks Esports, who had qualified by snatching the 4th NA seed over some of the bigger organizations with their consistent performances in the months prior.

Unfortunately for the underdogs, they fell in the group stage with an 0-2 record despite bringing the Danish powerhouses, Astralis, all the way to overtime in their opening match of the tournament.

As for Astralis, the Berlin Major champions managed to secure their place in the grand finals of the ECS Season 8 Finals, after topping Group B and coming out with an impressive win over a strong Evil Geniuses side in the Semi-Finals.

The Danes were scheduled to face an equally impressive Team Liquid roster, who were also one of the favorites to win the event, in the grand finals of the playoffs in a clash that many fans always look forward to between these two star-studded rosters.

Liquid shocked viewers before the series started, selecting Vertigo, an Astralis favorite, with their map pick. Liquid jumped to a hot start, dominating the first half on CT 11-4, on the shoulders of NAF and nitr0.

Astralis responded with their own strong CT side, tying the map at 13-13, and then tying it again to force overtime. Liquid showcased the T-side rounds they were looking for in regulation, taking their map in overtime 19-15.

Team Liquid looked to carry that form onto Astralis’ pick of Nuke, bursting out with a solid start to their CT-half. However, Astralis brought it back by the end of the half, managing to scrape together seven rounds for themselves.

Moving onto the CT-side for the second half, Astralis put Team Liquid to bed, stringing together a solid run of rounds to take out the map 16-11 and forcing a map three decider.

While many were expecting Team Liquid to keep up their dominant Dust 2 run, Astralis rode their map two momentum into their T-side, breaking out to a quick 9-1 lead. Team Liquid were looking to get back into the game with some close rounds, but struggled to get points on the board after solid starts.

Heading into the second half down three rounds to 12, Team Liquid needed to find some magic to look at forcing overtime, let alone win the map.

However, after dropping the pistol round, the game was all but wrapped up. They managed to salvage a few rounds, but Astralis put Team Liquid to bed 24 rounds into Dust 2, resetting the NA squad’s economy on match point and walking away with the map 16-8.