With the Star Wars live-action show The Mandalorian all the rage, one Nintendo fan decided to crossover his love of Mario with the hit Disney+ program in a unique cosplay.

Taking to Reddit, cosplayer Lord_Nuke posted a photo of his unique mash-up along with the caption “It’s a me, Mandalorio!” playing tribute to the Nintendo mascot’s catchphrase.

The incredible outfit merges both the bounty hunter look made famous by characters such as Boba Fett with the Mushroom Kingdom’s hero Mario.

The helmet is red with the iconic “M” normally found on Mario’s hat placed dead center on the fusion’s helmet. Mushroom patches are sewn into the shoulder area, and the rest of the ensemble features numerous armor-plated sections while keeping it in-line with the color theme.

[Self] It’s a me, Mandalorio! from cosplay

If that wasn’t enough, the cosplayer also added a photo of a “small thermal detonator Bob-Omb” proving that even weapons from a galaxy far, far away can get the Nintendo treatment.

What’s more, is the outfit isn’t even in its final form. In the post’s comments, Lord_Nuke said he intends to work on some upgrades to the crossover. Of note, he listed finding a way to build a jetpack and a flame thrower.

Mario himself already had a jetpack of sorts with F.L.U.D.D from Super Mario Sunshine, and he’s no stranger to playing with fire either, meaning these future additions would match the character combo nicely. 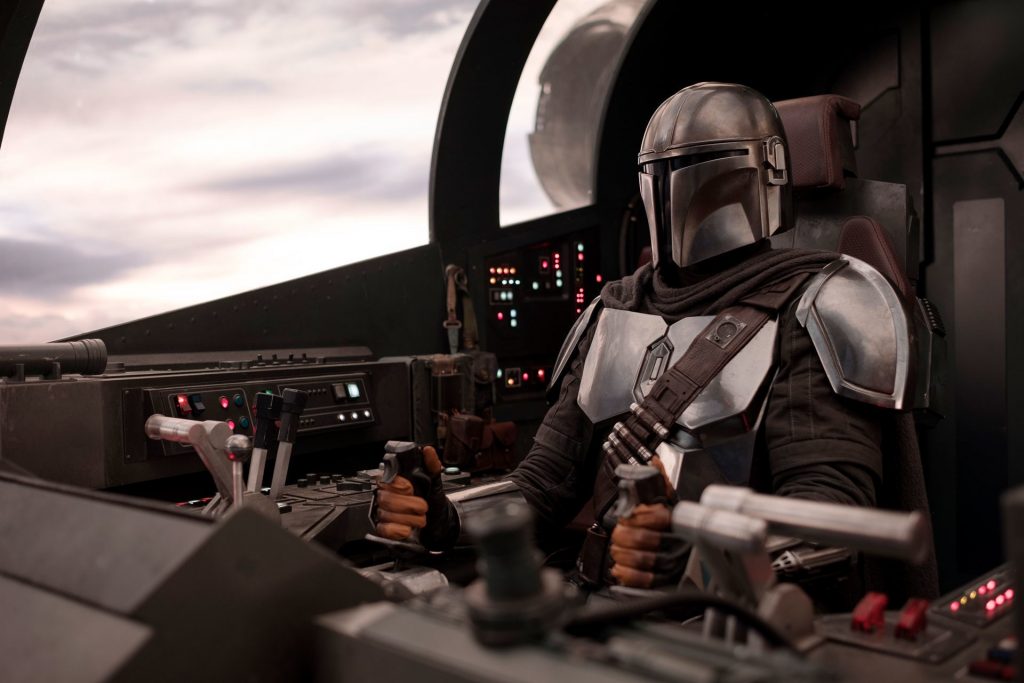 The Mandalorian is the Star Wars show many have been waiting for.

“I’m still mentally workshopping the jetpack. Is it going to be a mando jetpack with a bullet bill for the missile, or is it going to be F.L.U.D.D themed and the bullet bills are on a leg bandoleer? Also, fire flower-themed flamethrower planned for the right wrist, and I’m thinking either piranha plant themed, or chain chomp themed grappling hook for left,” the cosplayer wrote.

Lord_Nuke said he also wants to add some battle damage and weathering after each convention he attends with the costume.

It will be amazing to see what it all looks like once all the upgrades have been crafted.

The Mandalorian is currently the hottest show on the new video service Disney+. The show follows the adventures of a bounty hunter after the events of Star Wars Episode VI: Return of the Jedi – a period yet to be explored in traditional franchise canon.

The program, in its first season, has eight episodes, and work has already begun on a second season.