In recent weeks, Nigri has appeared as Overwatch’s Mercy and as Jon Snow from Game of Thrones, much to the delight of her fans. Now, Nigri has tackled Black Hole-chan, an image that first began circulating back in 2015.

Black Hole-chan is an anthropomorphization of a black hole, essentially meaning that someone created an image of what a black hole would look like if it was a person.

The earliest known picture of Black Hole-chan first appeared in December 2015, but the image and the idea didn’t really begin to see traction until late 2017, when it started to circulate online.

Black Hole-chan disappeared again for another year, but burst into the limelight of internet fame when astronomers released the first image of a real black hole, located in a distant galaxy. 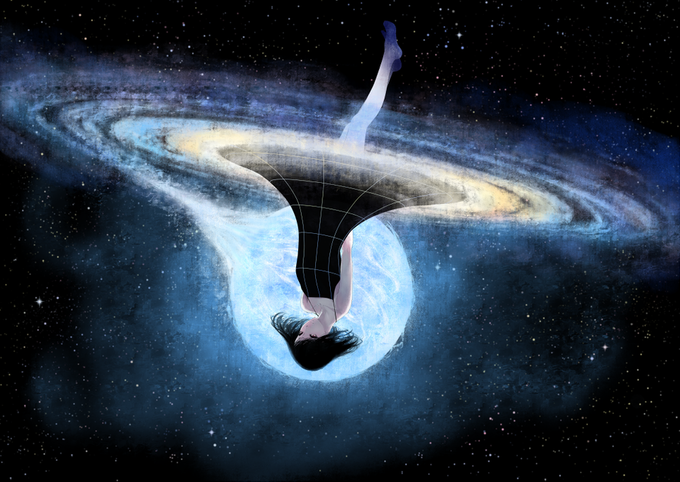 With Black Hole-chan becoming popular again after the release of the black hole image, Nigri decided to create a cosplay based around the idea of the humanized space-mass.

Nigri went with the same orange and black colors featured in the real picture of the black hole, wearing a black wig with orange streaks, matching her makeup which saw her utilize orange eyeshadow and black lipstick.

A luminous halo sits on her head, while a pair of orange horns spike out of her hair, giving a dangerous feel to the cosplay that matches the sheer power of black hole itself. 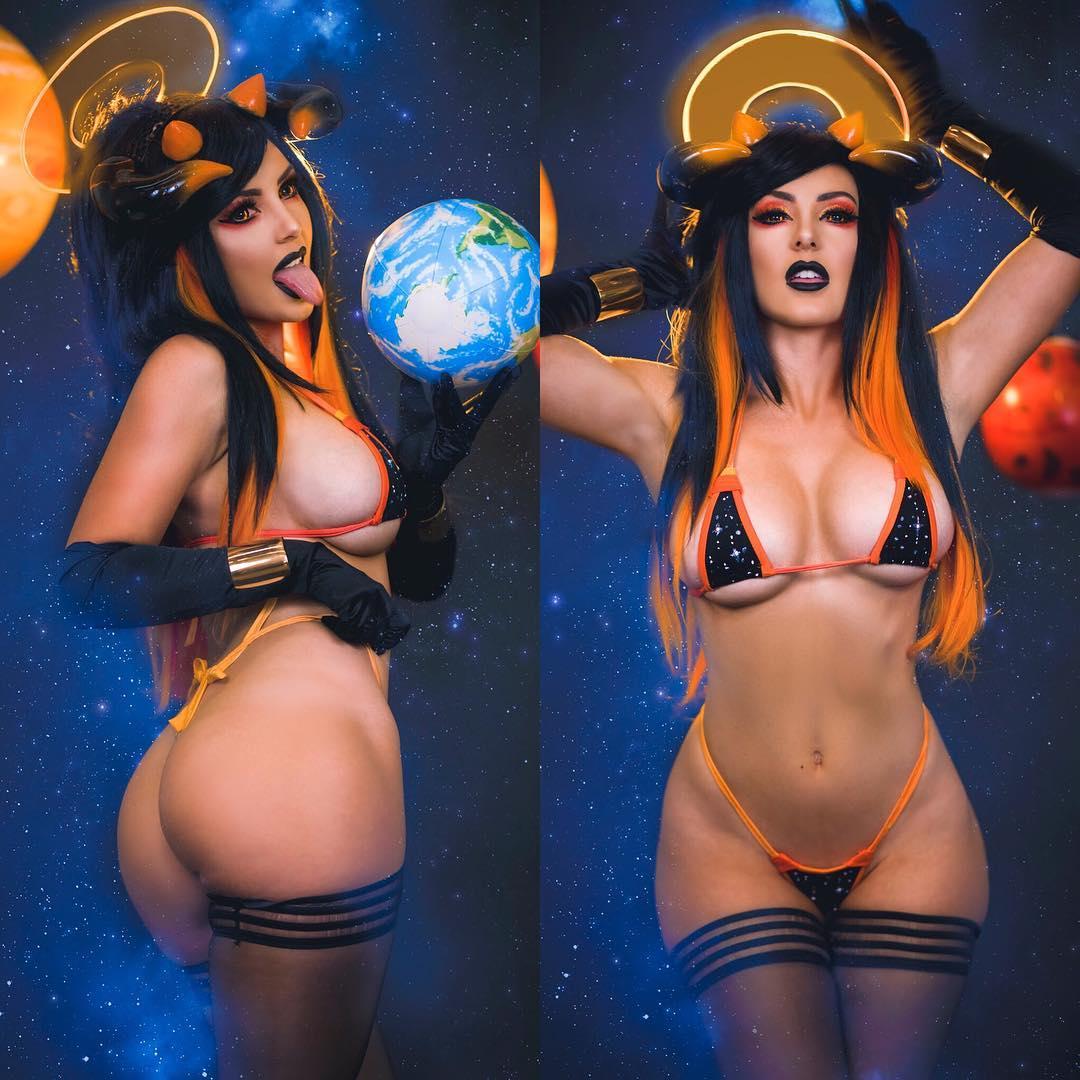 The first of two outfits from Nigri’s Black Hole-chan cosplay.

The cosplay comes with two separate outfits, a long plank dress and a micro bikini, with both featuring orange accents to match the rest of her look. Held in her left hand is a globe of the earth, which would surely be destroyed if the actual planet ever came in contact with a black hole. 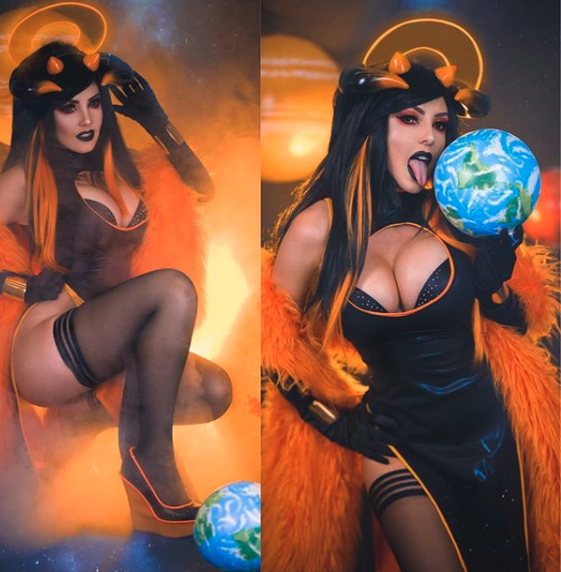 Nigri can be seen holding a globe, and has an ominous orange halo.

Nigri confirmed that both of the outfits had been designed and created by here, while the horns were painted versions of the Albedo Horns from the Overlord anime.