A cosplay based off a character from Monster Hunter World: Iceborne was so big and so detailed that it took a team of twelve people to create.

Cosplayers prove time and time again that they’re some of the most talented individuals on the planet as they dedicate hours to replicating costumes from their favorite video games, TV shows, and movies.

A creative team of a dozen artists came together to design a gigantic cosplay for Iceborne’s Grammeowster chef for Capcom’s booth at PAX West 2019, and it could be one of the best we’ve seen this year. 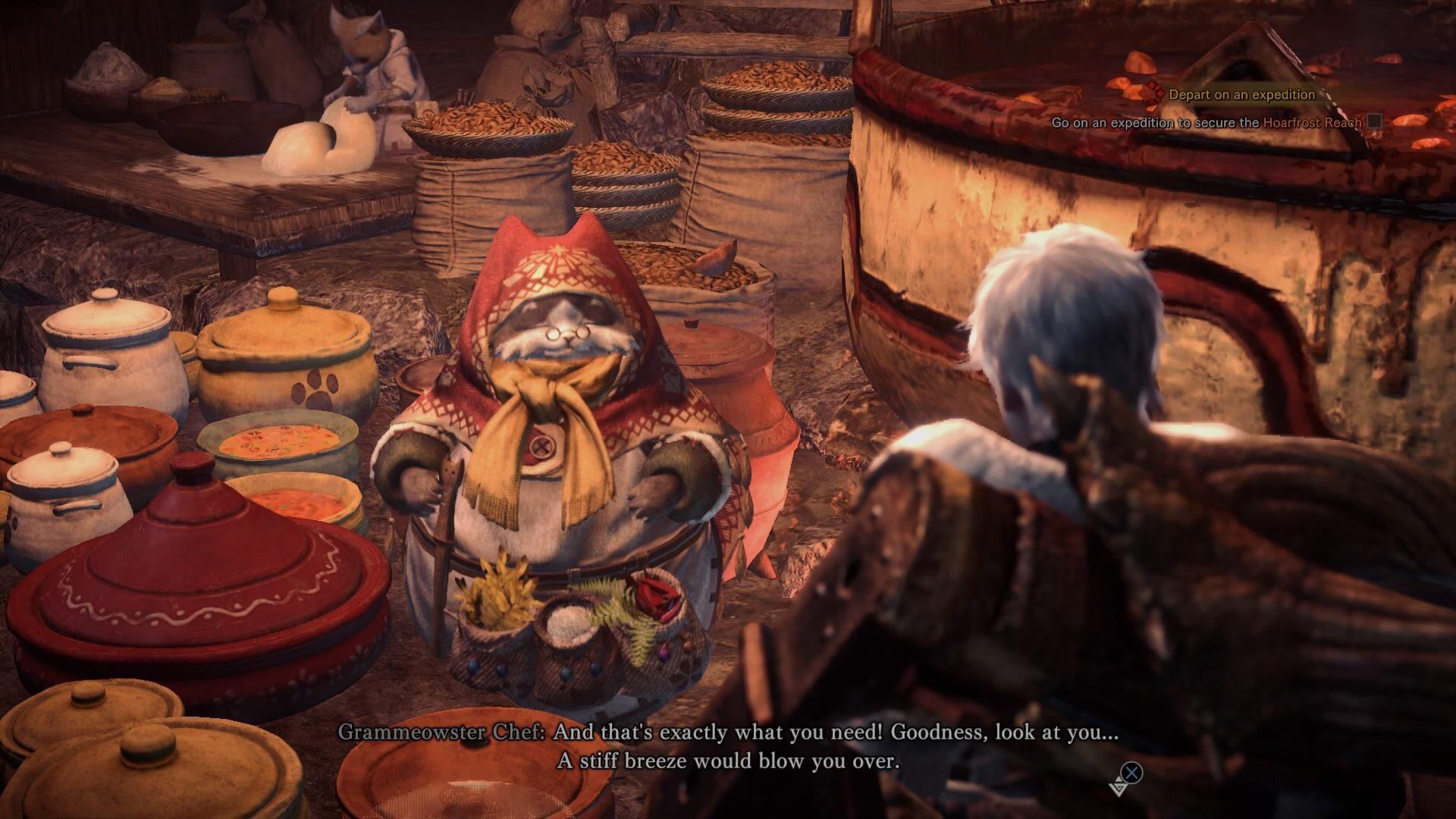 Artists made the giant kitty come to life.
[ad name=”article2″]

While the design was debuted at PAX West, the talented team behind GSTQ Fashions uploaded a video of their creation timeline on October 3, giving MH fans a glimpse into the effort and time it takes to recreate a costume of such a massive scale.

The making process was a lengthy one, and consisted of techniques such as digital modelling to plan the blueprints for the design before actually making it, 3D printing, woodworking, and leatherworking.

The gigantic cat chef was brought to life with the finished product being six and a half feet tall and almost four feet across – a massive achievement for a cosplay.

It took over three weeks to complete before being shown off at the convention between August 30 and September 2 to hype up the Monster Hunter expansion’s release onto console on September 6.

The enormous Felyne was introduced in MHW’s first DLC expansion Iceborne as the resident elderly cook for the Seliana headquarters.

Because of how cold the climate is, she’s forced to sport a headscarf, neck scarf, and a hooded coat to keep her warm.

While Felynes have always been a part of the series’ lore, Grammeowster seems to appeal more with fans due to her huge size – people can’t resist the cuteness.

GSTQ Fashions have created many outfits from games such as Overwatch and Gears 5, but their kitty costume was their biggest yet.