A group of Cosplayers brought League of Legends’ K/DA to life with an absolutely incredible music video.

They made their debut at the World Championship in 2018 and instantly became a hit, gaining millions of views on YouTube, as well as vast popularity through in-game skins.

Interest in the fictional band spiked in September 2019 when two new songs were reportedly leaked. While nothing has been confirmed, fans are still extremely excited about the prospect, and display their love for K/DA on a regular basis. 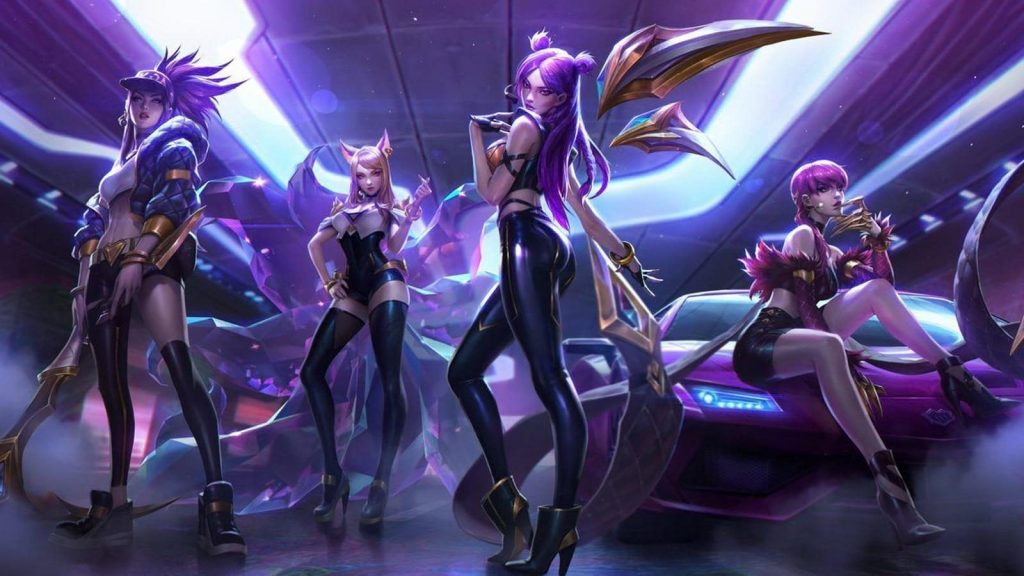 K/DA became an instant hit during their premier at Worlds 2018.

Indeed, on November 18, a group of cosplayers revealed a mind-blowing music video cosplay of the band, recreating the performance of their song, POP/STARS, adding their own twist.

The four cosplayers – Sakurakiii, Flantan, prprtracy, and dovahting – mirrored the moves almost flawlessly while showing off their on-point cosplay. Clearly not being animated limits what they can do, but the extra dose of realism was an amazing touch.

Meanwhile, the cosplay itself was outstanding, with even the smallest of details being added in. Things like Evelynn’s iconic claws and Ahri’s tail were practically flawless.

Overall, all the costumes matched up perfectly and it is really easy to see just how much effort went into making them, and how amazingly it all blends when put together. It wasn’t an official Riot Games production, but it’d be easy to think that it was.

Our KDA POP STARS full version cover is up! Check them throw the link on my bio or swipe up my story? please give us some like and comments if you have any! And if you like them, we will be really appreciate if you could share it to your friends or more people;-; everyone in the team works super hard on this MV and we are all very proud of it! I really hope more people can see our hard works (´°̥̥̥̥̥̥̥̥∀°̥̥̥̥̥̥̥｀) – Evelynn: @prprtracy . Ahri: @sakurakiii . Akali: @flantan . KaiSa: @dovahting Photo thanks: @fhdskl . Video thanks: @ziyangyip.prods . *I’ll share more amazing talent people who helps us finish this dance tomorrow when posting a clip from the video~ please look forward to it ? – – – #cosplay #cosplayer #kda #kdacosplay #lolcosplay #lol #leagueoflegends #英雄联盟 #コスプレイヤーさんと繋がりたい #コスプレ #리그오브레전드 #akali #akalicosplay #kdaakali #evelynn #kdaevelynn #evelynncosplay #akalikda #ahri #ahricosplay #kdaahri #ahrikda #阿狸 #lols9 #kaisa #kdakaisa

K/DA isn’t the only band in League of Legends. Metal outfit Pentakill were the original band that represented the game, and more recently, hip-hop group True Damage – featuring the newest champion Senna – arrived on the scene.

The LoL music scene seems to be expanding by the year, and with it comes some amazing cosplay. Fans of the game and cosplay will no doubt be seeing more of K/DA and other bands in the future.