Serie A star and soccer legend Cristiano Ronaldo is famed for his collection of multi-million dollar supercars, but his latest purchase blows them all out of the water. Say hello to the world’s most expensive car – the Bugatti Centodieci.

Fresh from celebrating Juventus’ ninth Serie A title in a row, Cristiano Ronaldo understandably wants to commemorate the occasion. Unlike the rest of us who may buy a watch or other sentimental item, he chose instead to purchase one of only 10 Bugatti Centodieci’s in the world.

Not only is the Centodieci one of the rarest cars ever produced, but it is also the most expensive production car ever to go on sale. Costing a staggering $9.4 million, the Bugatti Centodieci will take pride-of-place in Ronaldo’s incredible collection.

It’s not like Ronaldo will have difficulty paying for such an incredible car though, as his team Juventus paid a mind-blowing $99 million for his four-year contract.

Ronaldo already owns a Bugatti Chiron (itself costing $3 million) on which this 1-of-10 hypercar is based, as well as a number of other supercars. The Centodieci does have a number of key features and differences from the Chiron that make it worth the extortionate price tag.

The main talking point of the Centodieci is of course the gorgeous exterior styling, designed to emulate and pay homage to the legendary Bugatti EB110.

Immediately separating the Centodieci from the Chiron on which it’s based; The styling looks like something from a sci-fi movie with its sharp angles, full-width rear lights, and plentiful use of vents and air ducts around the body. 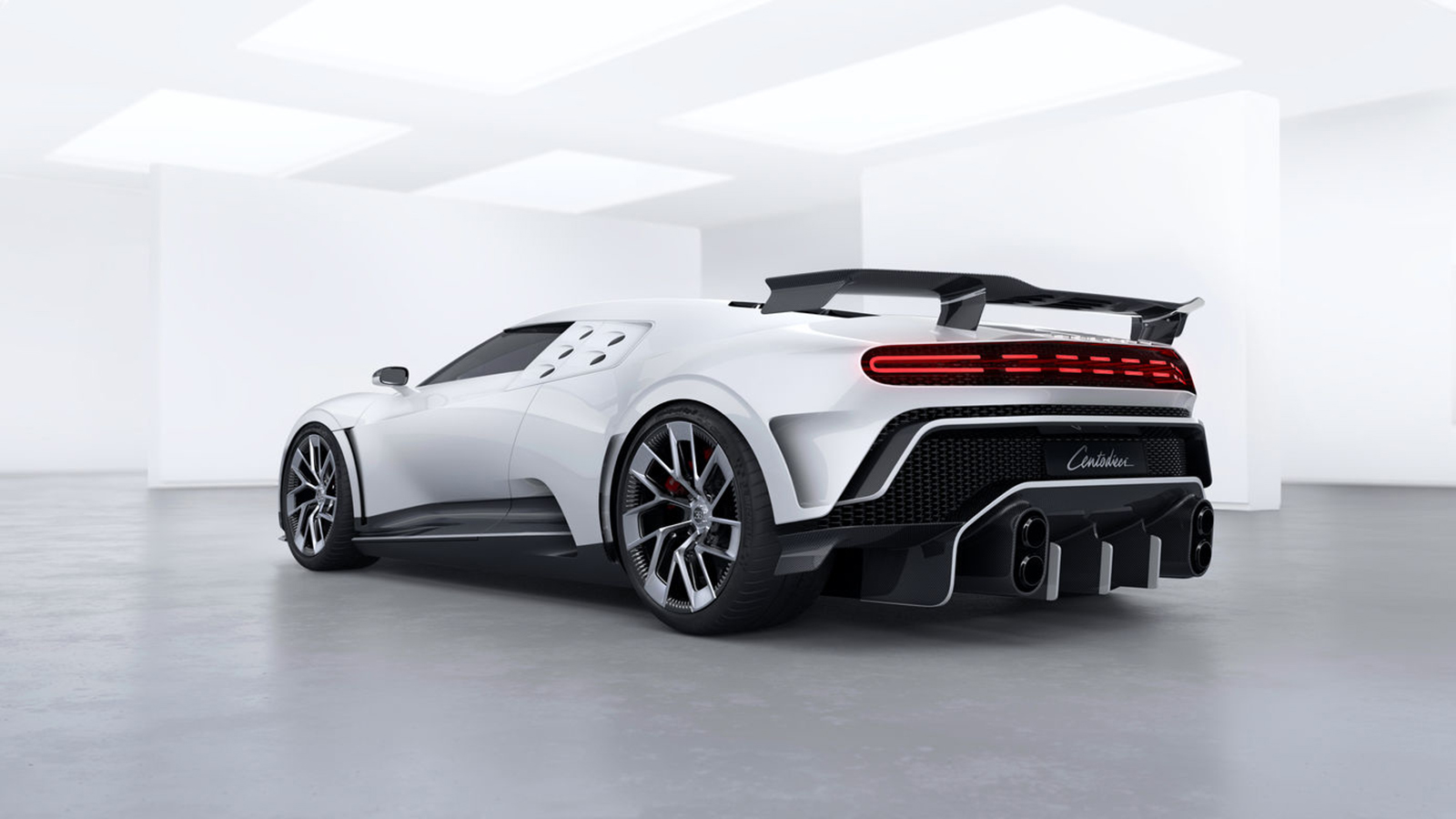 Ronaldo’s Centodieci is a one-of-ten, so it’s super limited edition.

It’s rear-mid mounted W16 engine features a quad-turbocharger setup producing 1,600hp – an increase of 100hp over the Chiron. The Centodieci also crushes 0-60 in 2.4 seconds, going on to a top speed of 236mph.

Despite his elevated status and worldwide fame, Ronaldo will have to get in line and wait for his new hypercar just like the rest of Bugattis customers. Deliveries are expected to start in 2021, though the upcoming Juventus Champions League run should keep him occupied for the time being.