Florida is well-known for many reasons: Sunshine, alligators, and being the home of famed car YouTuber Adam LZ. In his latest video, Adam took us along to a local skid pan for a day of ‘drift games’, though things didn’t quite go according to plan.

Sometimes the simple things are what matter most in life. In Adam LZ’s case, those simple things often involve throwing any number of his cars around sideways and hoping that they come out unscathed at the other end.

Taking his 350Z down to a local skid pan to have a day of “good old Florida redneck fun” is therefore a perfect day for Adam. It also gives him a chance to test out the upgraded Brembo brakes after ruining his stock Nissan brake setup.

For the uninitiated, drifting is the art of throwing your vehicle sideways, breaking traction with the rear wheels and skidding the car in a controlled manner. Points are often awarded at events for style, proximity to markers or other drivers, and overall speed.

Having had such a successful day at the track, Adam decided to celebrate with a few solo runs and burnouts, but this is where things took a turn for the worst.

After messing up a drift run, Adam ends up driving into a wall and initiating a huge burnout, filling the arena with tire smoke and the smell of burning rubber. It is important to note that the car is under immense mechanical pressure at this point, especially the transmission and engine block since they are held at such high RPMs for so long.

Eventually the inevitable happens, and the 350z becomes engulfed in huge flames and smoke. It seems that Adam notices this and begins to move away from his burnout zone, with the marshals flagging him down and gesturing to him to move. 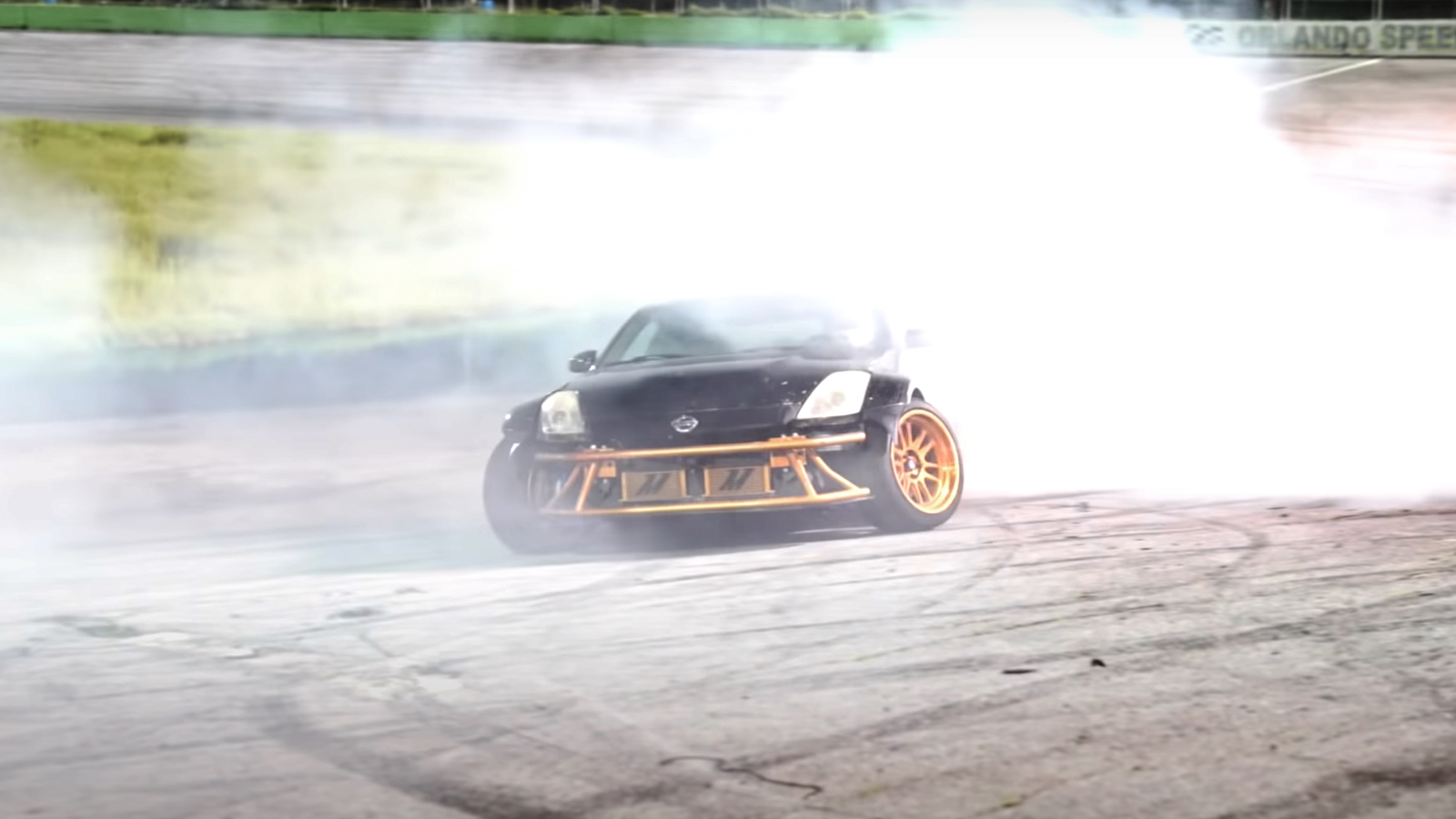 Thankfully it seems that the fire was in fact the rubber on the tires reaching such a high temperature they actually ignited under the pressure and friction caused by the burnout. The temperatures got so high that the discarded rubber from the tires is seen still burning on the track after Adam moved the 350Z out of harm’s way.

In typical Adam style, he was remarkably calm about the whole thing, saying that his cars catching on fire is “like a trend nowadays” – while he’s certainly not wrong, most other YouTubers wouldn’t be so calm at the sight of their cars going up in flames.