Star professional player Thomas ‘ZooMaa‘ Paparatto has revealed the Call of Duty team he will be representing in the upcoming franchised league in 2020.

With Call of Duty esports transitioning to a franchised model starting from the 2020 season, the 12 organizations involved are in the business of recruiting players and building their rosters.

The franchise that will be based in New York has made its first official player announcement, confirming that ZooMaa will be representing NYC in the upcoming campaign.

“Just want to officially announce that I’ve joined the Andbox family and will be representing New York in the upcoming Call of Duty season,” the former FaZe star stated. “As those of you who may know, I grew up in the city, so being close to family and friends is truly a blessing, alongside some of the most passionate fans.”

“I’m super excited to play alongside an amazing roster, and represent New York on the world stage. To all the supporters, I promise to work hard for you guys and make you guys all proud. It’s good to be home.”

Join us in welcoming Thomas @ZooMaa Paparatto to the @andbox_official family. It's good to have you home. pic.twitter.com/Z6W27qbIL7

As things stand, ZooMaa is currently the only player to have been confirmed as part of the NYC roster, although, judging by his comments, it appears that the rest of his teammates are already on their way to becoming official.

As far as rumors go, there is speculation that he will be joined by two former FaZe teammates in what could be a very formidable potential roster.

The organization has already announced John ‘Revan’ Bobble, formerly of Evil Geniuses, as their head coach, with JohnPaul ‘JP Krez’ Krez as analyst. 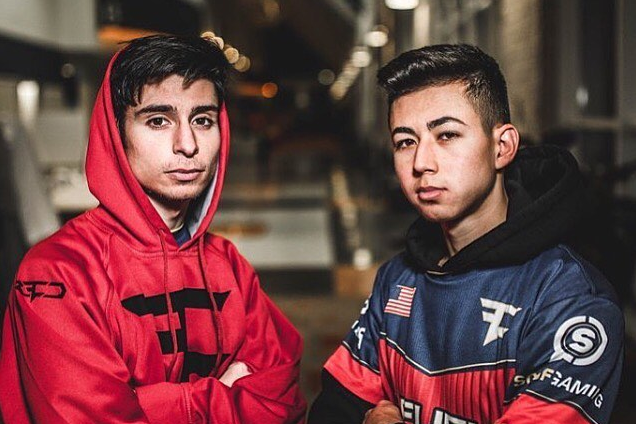 ZooMaa and Attach could be in store for a reunion with NYC CoD, if rumors hold true.
[ad name=”article5″]

ZooMaa joining NYC CoD officially puts an end to his long tenure with FaZe Clan, whom he represented for over five years and five different Call of Duty titles.

FaZe, of course, have chosen not to purchase a spot in the new league, at least for its inaugural season, so the “Italian Stallion” had no choice but to explore other options.

His final major achievement with the team, and perhaps the most memorable, was their victory at the CWL Pro League 2018 Stage 1 Playoffs, where they defeated OpTic Gaming in the Grand Final after winning the Losers Bracket.

While he may be remembered for a lot of things during his time wearing the red and black, his consistency is one that most will recall, as he ended up being their longest tenured player by far.

Make sure to keep track of all offseason roster moves, team changes, and player announcements by visiting our CoD franchising RosterMania hub.