Activision will announce the Call of Duty World League season format on September 19 for the highly anticipated Black Ops 4 season.

The esports reveal event will be streamed on the official CoD Twitch Channel at 10am PT (1pm ET, 6pm BST, 4am AEDT) and will provide details about the CWL’s plans for the 2019 season on Black Ops 4. You can view the stream below.

There has been speculation about whether the CWL’s 2019 season will feature 4v4 or 5v5 matches, and exactly how many events will take place during the year.

Watch live video from Call of Duty on www.twitch.tv

Prior to the esports reveal, the CWL had already announced the date for the first event of the CWL 2019 season. The first major Black Ops 4 LAN will be the CWL Las Vegas Open and will run from Friday, December 7 to Sunday, December 9. 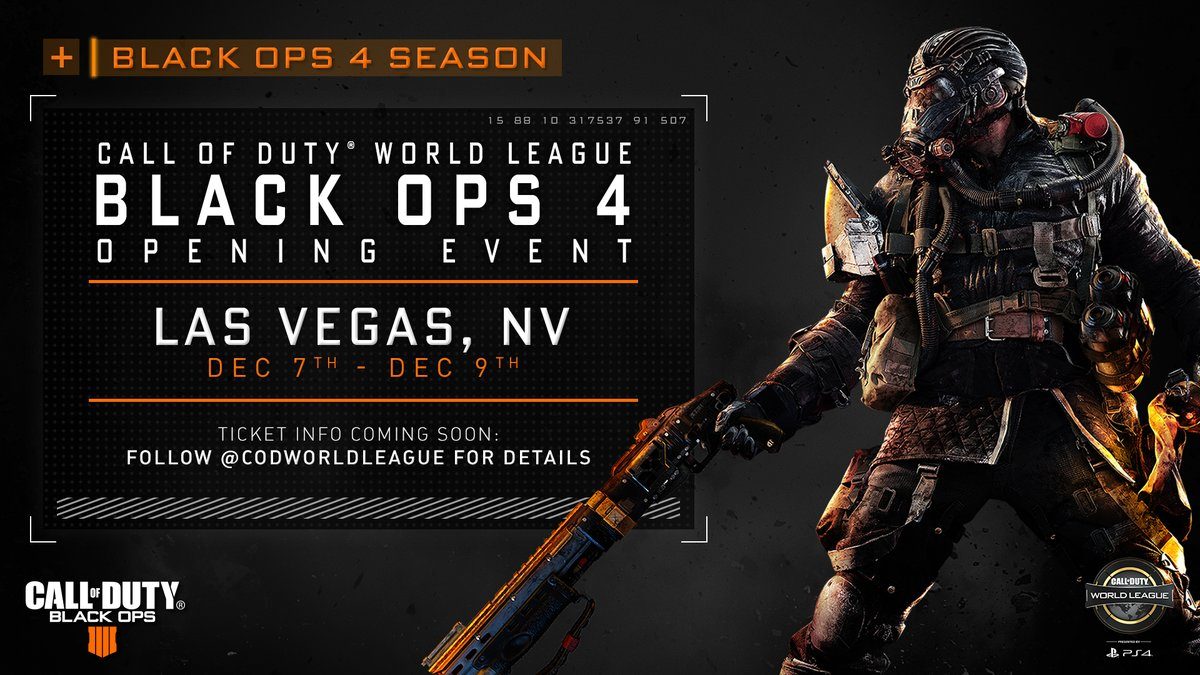 Black Ops 4 is scheduled to be released on October 12, which gives players, pros and streamers almost two months to hone their skills and get ready for Vegas.

Based on some of the crazy Blackout highlights we’ve seen since the private beta went live on Monday, there should be no shortage of talent showing up in Vegas come December.