The Call of Duty League is getting into its stride, with the first tournament event of 2020 now under its belt. Teams now look to the next home event, CDL Atlanta, for another shot at picking up some all-important CoD League points.

Chicago Huntsmen claimed the first tournament win of the season at CDL London, but with Atlanta FaZe absent, many fans will be keen to see how things play out once both favorites have to go head-to-head for the title.

Not only will FaZe be attending the next CDL tournament, they’ll be hosting it on home soil. It will be Atlanta’s only home event of the Modern Warfare season, so the team will undoubtedly be hoping to live up to their billing as perhaps the league’s best team, and pick up a big victory in front of the home crowd.

Atlanta will be the next host for the CDL after the London crowd impressed again.

When is CDL Atlanta?

CDL Atlanta is taking place over Saturday, February 22 and Sunday, February 23. The event will be held at the Gateway Center Arena, with the Atlanta FaZe team acting as hosts.

After the London crowd once again lived up to its reputation for being one of the loudest in esports, the bar has been set high for those attending the Atlanta event to show their support for both the home team and the other attending squads.

Like CDL London, the Atlanta event will operate a tournament format with two double elimination groups leading into a single elimination playoff. The schedule for the weekend’s games can be found below.

Who is attending CDL Atlanta? 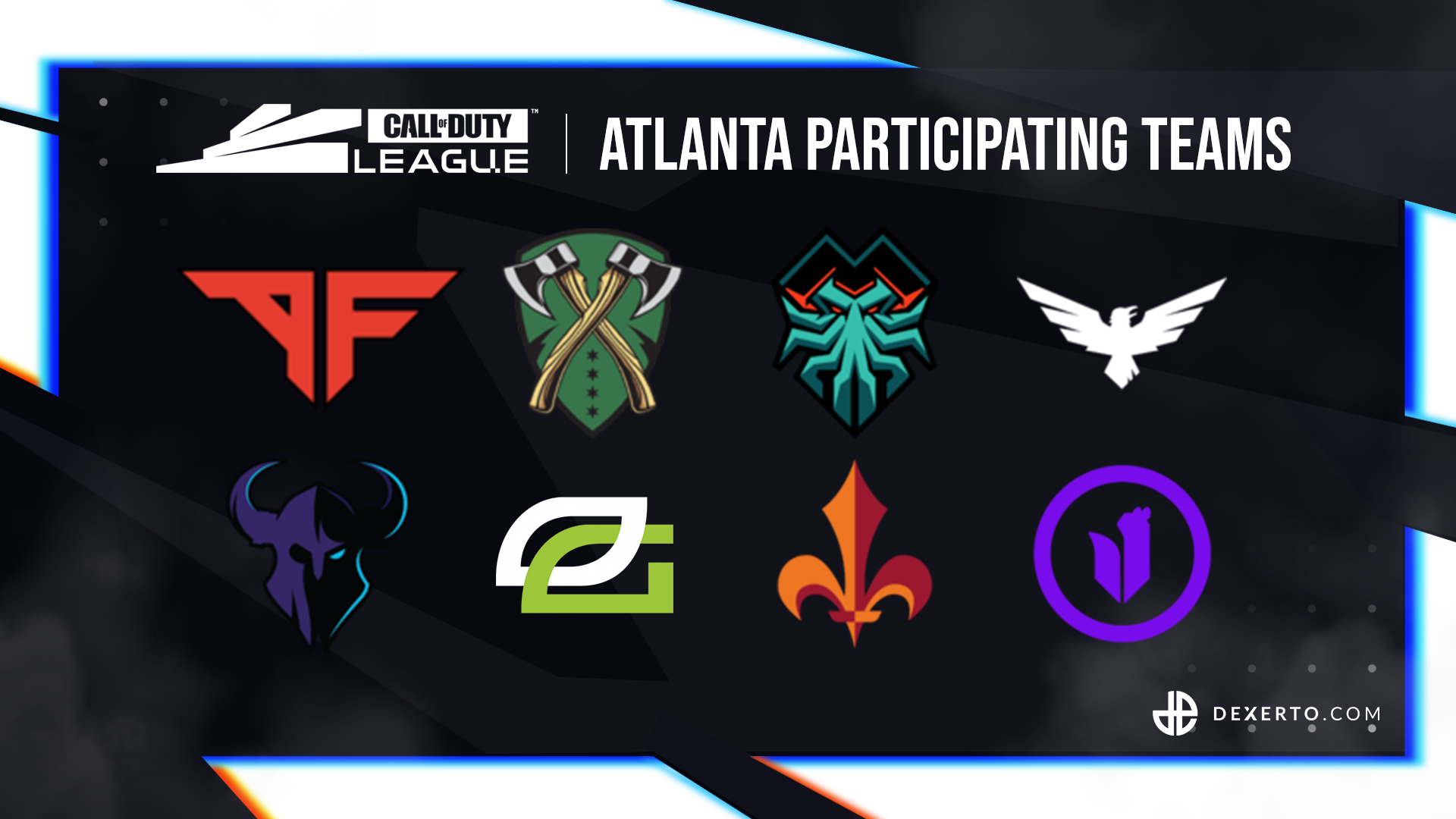 Only eight teams attend each CDL home event, while four will watch from home.

This time, the marquee match-up will undoubtedly be the battle between Atlanta FaZe and Chicago Huntsmen. The two are currently almost universally hailed as the strongest teams in the CDL, but they’ve yet to face off head-to-head. To meet in Atlanta, however, they will have to each get out of separate groups in order to set up a playoff battle.

With the Huntsmen having picked up a win in London in FaZe’s absence, Atlanta will undoubtedly be looking to pick up their own first win on home soil. As well as the glory of a tournament victory, CDL points will also be on the line for the overall season standings, with the following distribution for placement:

Thanks to their victory in London, Chicago currently lead the CDL in the overall standings with 70 points, a whopping 30 more than second-place Paris Legion. FaZe are currently tied for fifth with 20 points, however, they’ve only played two matches so far this season and will likely end up much higher following this next event.

For more information about the 2020 CDL season, make sure to visit our Call of Duty League 2020 hub, which includes the latest standings, full event schedule, official format, ruleset and more.