When does the Call of Duty: Black Ops 4 Blackout beta end? *EXTENDED* - Dexerto
Call of Duty

When does the Call of Duty: Black Ops 4 Blackout beta end? *EXTENDED*

There has almost been a full week of the Blackout beta for PS4 users, as fans got their first ever experience of Call of Duty’s first attempt at battle royale, but all good things come to an end.

PC and Xbox One players with pre-orders for the full game got access on Friday September 14, before it became an open beta on PC on September 15, which will continue through until the extended time of 12pm PT (3pm BST, 8pm BST, 6am AEDT) on Monday September 17. .

PS4 and Xbox users will also get cut off at the same time. 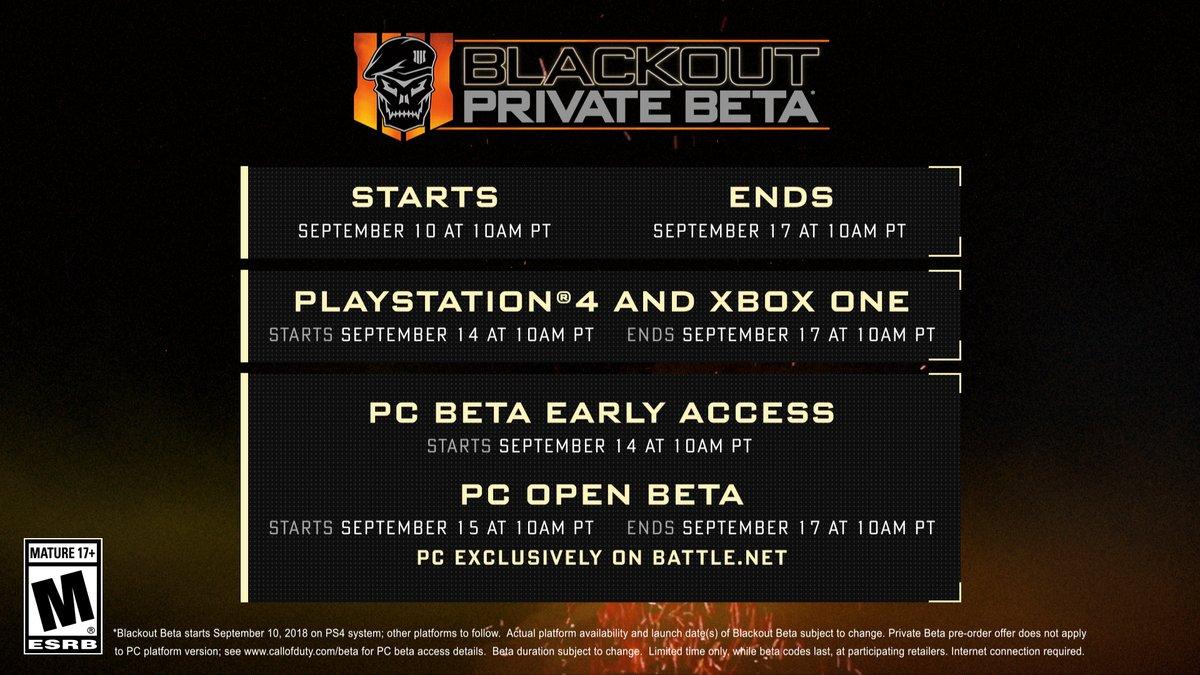 As aforementioned, Treyarch and Activision have been known to be generous in the past, and they have decided to extend the beta for a few more hours!

The recent multiplayer beta ended exactly on scheduled time, with no extension, but, with the reception to Blackout particularly having been so overwhelmingly positive, it appears Treyarch are in good spirits.

Throughout the beta, there has already been three major updates, increasing the playercount, making adjustements to weapons, equipment, armor and more.

Special playlists such as Fast Collapse and Close Quarters were also added, all of which is indicative of Treyarch’s plans to continually support the mode post-launch, with new content, updates and features.