Black Ops 4: What is the best Zombies weapon to use in Blackout? - Dexerto
Call of Duty

Black Ops 4: What is the best Zombies weapon to use in Blackout?

Fans looking to score a Blackout victory may need to drop into the most dangerous areas to find the best loot – and that includes heading to the various Zombies areas of the map.

Call of Duty expert and YouTuber ‘Drift0r’ has been breaking down the game and its updates, letting fans know what guns, equipment and perks are the best to use in different game modes.

In a recent video he published on December 1, Drift0r breaks down the best Zombies guns – the Ray Gun, MP40, Galil and Zweihander –  to use in the Blackout game mode – based on their damage, range and rarity. The YouTuber also takes a look at the Essex Model 07 and Bowie Knife weapons.

Drift0r begins by breaking down the most iconic of the Zombies weapons – the Ray Gun. He notes that it deals 145 damage with one hit to anywhere but the head. A headshot, however, dealing 200+ damage – enough to kill any enemy who has given themselves a health boost with a trauma kit.

However, like every weapon in Blackout, the damage is lowered to armoured enemies – but it will break armour in two to three hits. Drift0r adds that the ray gun is “surprisingly good to use, but only in extra close quarters combat” similar to how you would use a shotgun in a late game situation. 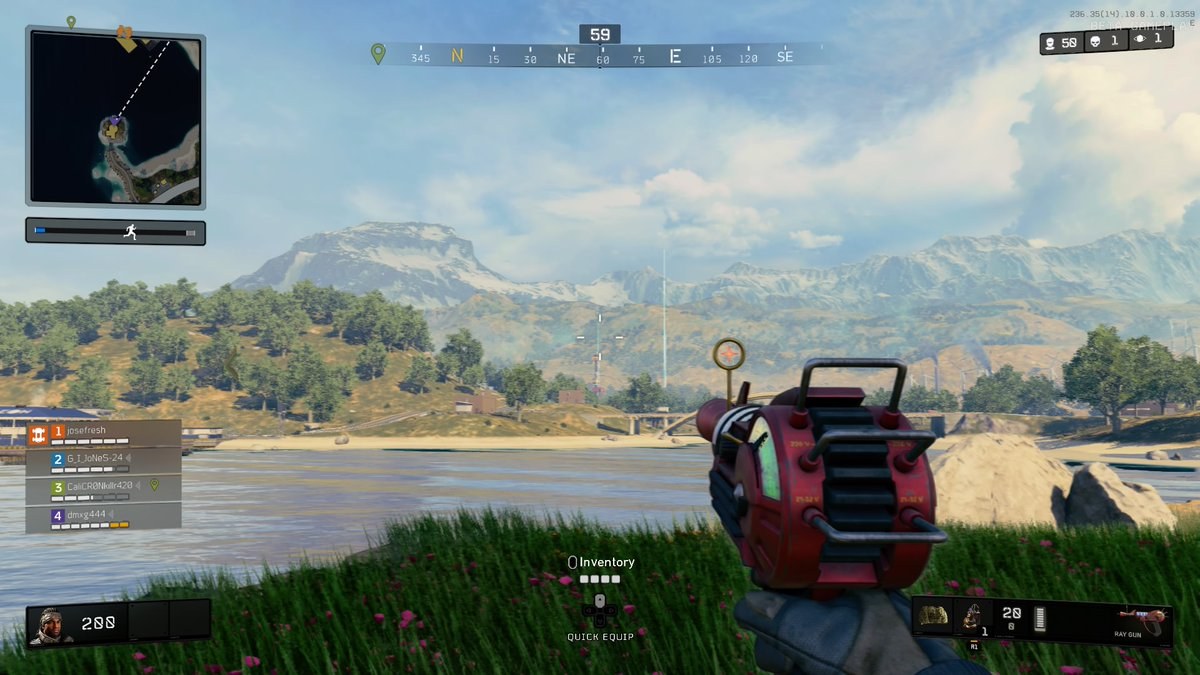 The Ray Gun is the most iconic weapon of all the Zombies weapons.
[ad name=”article3″]

The YouTuber then moves on to the rarest of the Zombies weapons – the MP40. The SMG deals 45 damage per shot but that increases to 49 with a headshot, making it a high damage dealer overall in Blackout. Drift0r notes that it is the rarest of all the guns as it can only be acquired via the box – in which he has only done three times.

Compared to the MP40, the Galil only deals an average of 37 damage. This increases to 40 with a headshot, making it a very average weapon compared to the others in Blackout. Drift0r adds that you would be better off with an ICR than the Galil but the gun is a fun nostalgia trip for long-time Call of Duty fans.

You can check out Drift0r’s full video below for a more in-depth look at some of the modes most difficult to acquire weapons: