Treyarch Studio Design Director David Vonderhaar has explained why the release of Black Ops 4’s League Play mode has taken longer than expected, as fans continue to voice their frustrations at the wait.

On January 8, Treyarch announced that League Play would be finally coming to Call of Duty: Black Ops 4 before the end of the month, delighting fans of the competitive scene who were eagerly anticipating its release.

Now into February, Black Ops 4 players have yet to see any sign of the inclusion of League Play in the near future, with no confirmed release date announced by the developer, and the wait is causing frustration amongst the game’s fans. 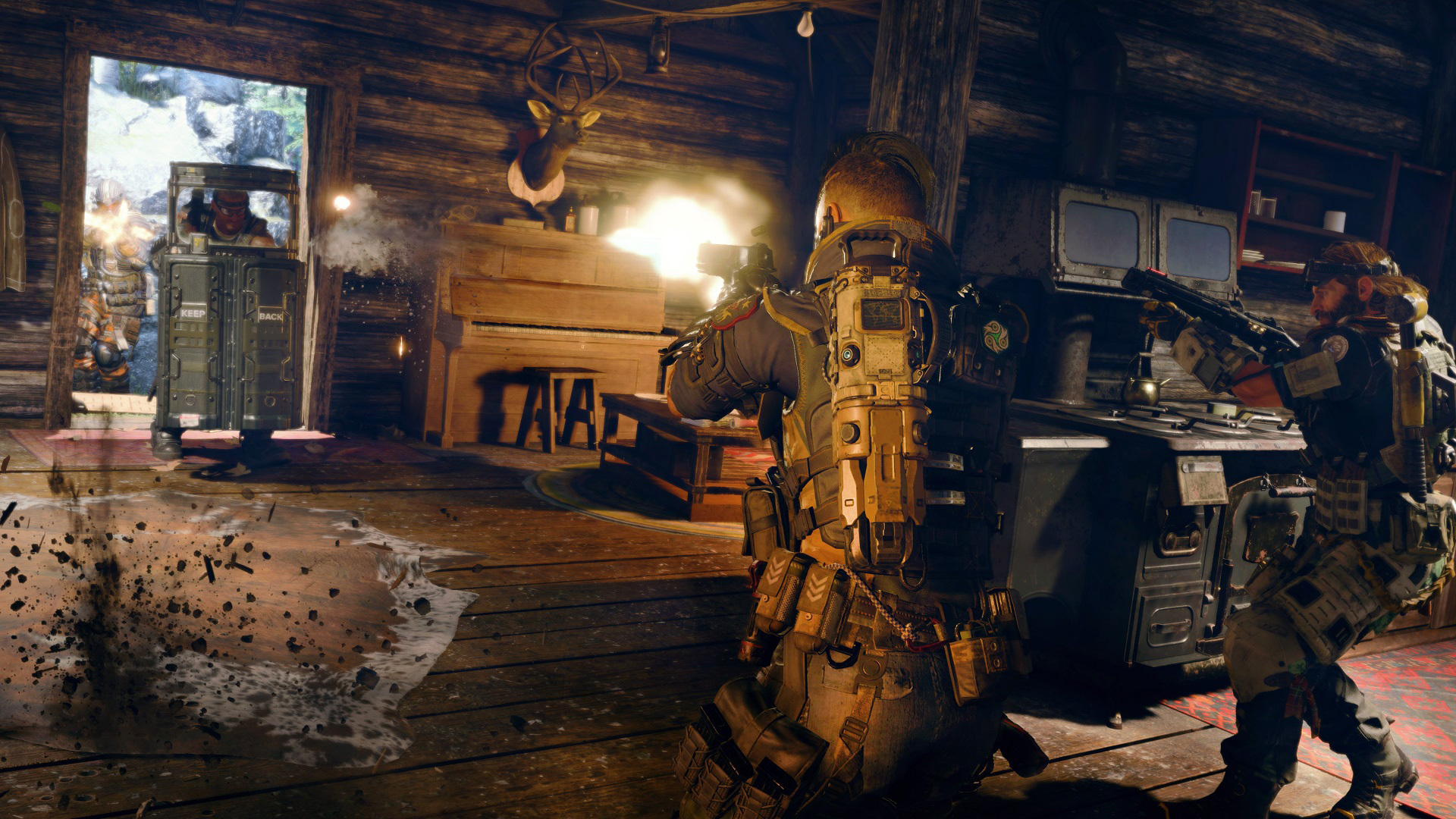 Replying in the comments to a Reddit post on the /r/BlackOps4 subreddit, David Vonderhaar responded to criticism, and attempted to explain why League Play has been delayed past the expected January release date.

“League Play is taking longer than we expected because we are addressing the community feedback on it in advance of launching it,” wrote Vonderhaar. “Thus, when it does come out it will more closely match your expectations. We are doing the very things you gave us feedback on. The development of major game systems like this one takes a lot more than most other features.” 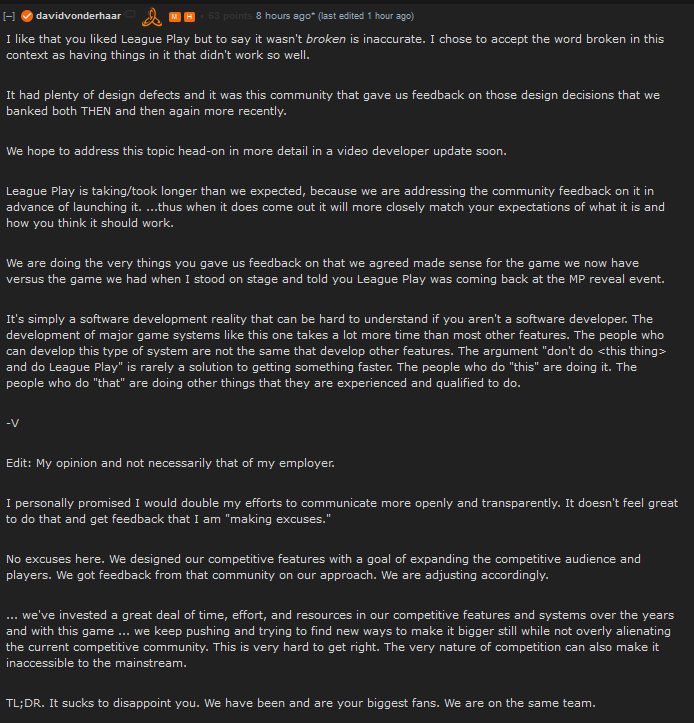 Vonderhaar posted on /r/BlackOps4 to explain the delay.

“I truly and completely understand the frustrations around it. All of us do. Things happen. Tough decisions on priorities have to be made. Things change that are not totally within our control. The studio is working its ass off to make good on its commitments to our fans,” wrote Vonderhaar in his post. 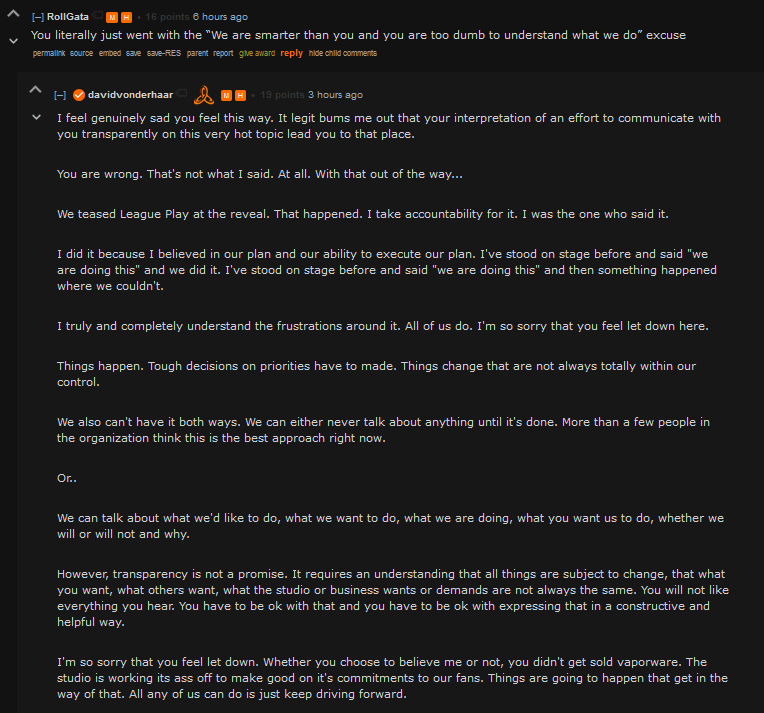 “The studio is working its ass off to make good on its commitments to fans,” wrote Vonderhaar.
[ad name=”article3″]

While Vonderhaar confirmed that the studio were working hard on getting League Play out, he didn’t reveal when fans could get their hands on the mode. He did say that Treyarch hoped to address the issue head-on in a video update that will take place soon.

While updates haven’t included League Play, Treyarch have been pumping out bug fixes and improvements for the game, including the February 5 update for Black Ops 4 that brought new game modes to both Multiplayer and Blackout.