Treyarch, developers of Call of Duty: Black Ops 4, have denied the rumors that Studio Chairman Mark Lamia is solely responsible for the game’s microtransactions, after a leaker claimed to have “inside” information.

Call of Duty titles of late have – generally – received significant criticism for their implementations of microtransactions. Treyarch’s two most recent CoD titles have arguably been the most widely condemned.

2015’s Black Ops III, by the end of its life cycle, had more supply-drop exclusive weapons than base weapons. Similarly, Black Ops 4 has seen a number of weapons added exclusively to reserve crates, meaning they are incredibly difficult for players to obtain, if they are unwilling to spend big. 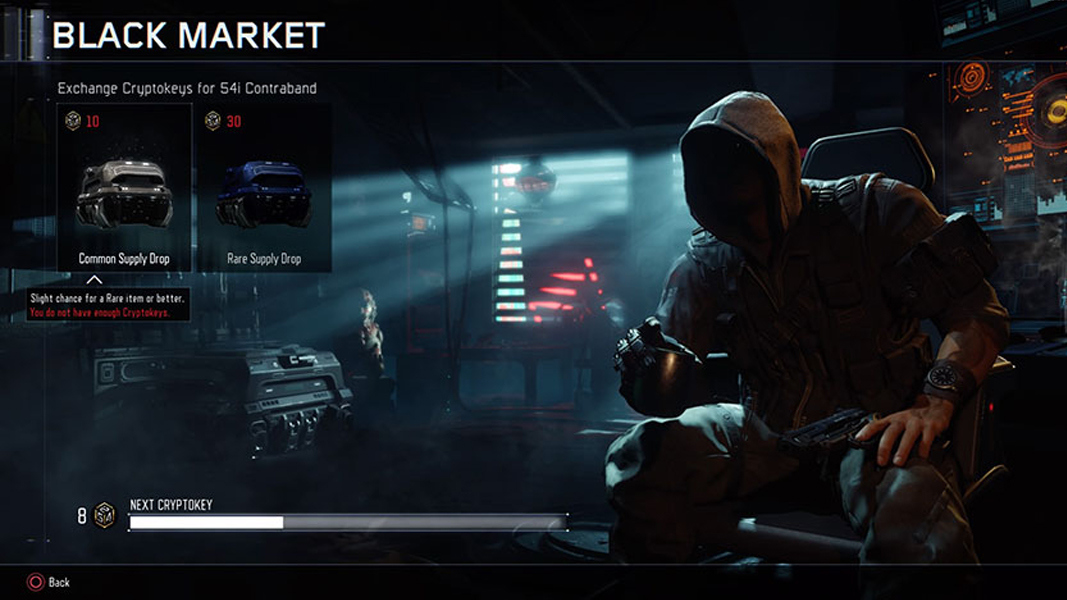 Black Ops III’s Black Market is a hub for microtransactions, and was carried over into Black Ops 4.
[ad name=”article2″]

There have been discussions over who is to blame for these microtransactions, with many arguing Activision, CoD’s long-time publisher, are ultimately responsible.

However, one Twitter account, known for leaking CoD information, cast doubt on this view recently. On July 24, they tweeted that “Mark Lamia is the one managing MTX at Treyarch, nobody else”.

It also states that Activision “just overlooks everything and controls the larger things, such as the Season Pass”. 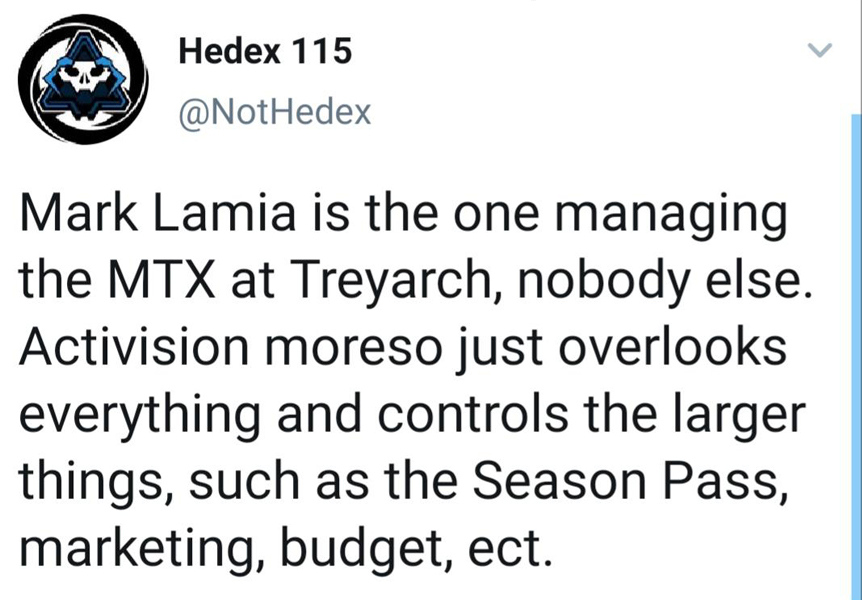 Mark Lamia is the Chairman of Treyarch, a company he has worked with for over 9 years, since he delivered the reveal of Call of Duty: Black Ops back in 2010.

However, in response to the Twitter accusations, Treyarch’s Community Manager responded via Reddit. “Typically we don’t respond to rumors, but this claim is based on false information and is targeting an individual,” it starts.

It goes on to explain that Lamia transitioned to a more senior role during Black Ops 3, but that “no single person is solely responsible for decisions around design of the game – it’s always a team effort”.

It concludes by stating that the accusations are “hurtful and unfair”, and that they want the focus to return to “constructive feedback’, rather than singling out individuals to scapegoat.

While many community members are still unhappy with Black Ops 4’s microtransactions, it’s clear Treyarch are reluctant to reveal the real reason for their implementation, and are not going to alter this tight-lipped approach anytime soon.