One of Team Envy’s star player was looking to move on from the org during a Call of Duty teams loading up their roster before CWL Fort Worth.

Once the CWL Pro League wrapped up its fourth week with the defending champion Team Envy sitting near the bottom of Division B, teams started shuffling around during a frantic transfer window ahead of the next CWL event.

During the March 10 episode of Trading Shots, analyst Jonathan ‘Pacman’ Tucker mentioned that Envy’s star player Cuyler ‘Huke’ Garland at one point voiced his intentions of leaving the squad. 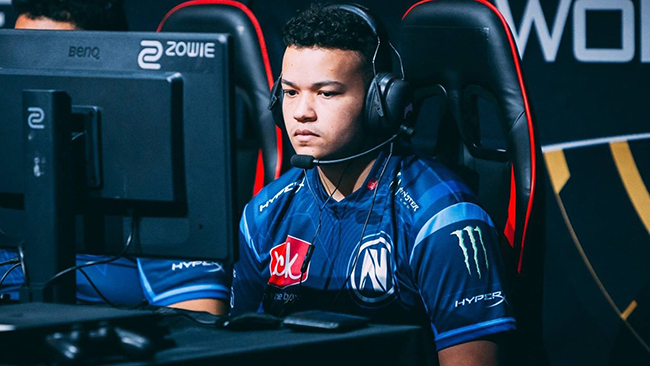 Huke has had incredible performances for Envy since joining in 2017.

Team Envy has had a rough start to the Pro League, currently sitting in sixth place with a record of 3-4, and it seems like frustrations led Huke to ask for a transfer.

Pacman and Anthony ‘Nameless’ Wheeler were discussing which teams were most likely to get out of Fort Worth’s “Group of Death.” The conversation led to a revealing dive of the 19-year-old’s relationship with his org.

Huke has so far been a standout not only for Envy, but in the Pro League as a whole. The young talent has been on the Envy side since 2017 but the org has struggled to crack the Top 3 in CWL events.

The CWL Pro League will be taking a break for the upcoming Fort Worth event on March 15 where Team Envy will play against OpTic Gaming, eUnited, and Team Reciprocity in Pool D.