North American esports organization have announced Daniel ‘Loony’ Loza as the newest member of their Call of Duty team , who has promptly revealed the rest of the roster ahead of schedule.

Loony has officially joined Splyce on October 3, and is the third active player on their roster, which also features Jordan ‘Jurd’ Crowley and Lamar ‘Accuracy’ Abedi.

The move was announced via a post on Splyce’s official Twitter page, which also hinted at the remaining two players being revealed in a new episode of the org’s ‘Splyce Assembly’ show on October 4. 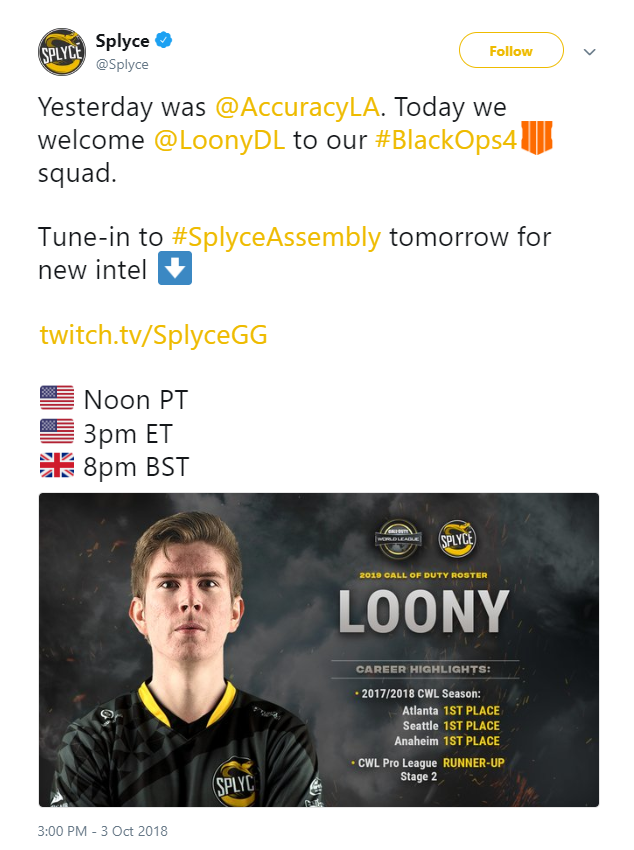 Loony also tweeted a long post about his move to Splyce after spending the last three years with Rise Nation.

However, in the post, he accidentally revealed that Echo Fox players Ulysses ‘Aqua’ Silva and Donovan ‘Temp’ Laroda would also be joining Splyce. The tweet was deleted almost immediately, but not before the following screenshot was captured. 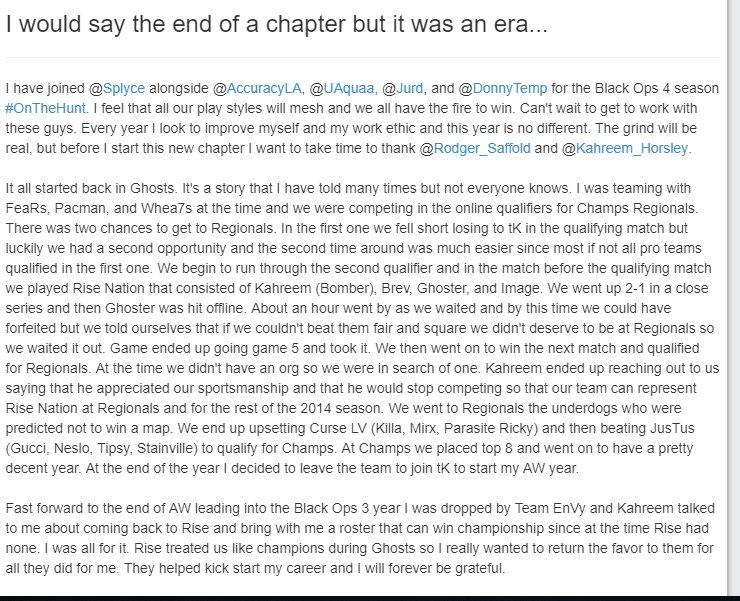 During his three year stint with Rise, Loony was an ever-presence on the team and was given captaincy at the start of the Infinite Warfare season.

However, the WWII season was his most successful to day, having placed first at the CWL events in Atlanta, Seattle, and Anaheim, and coming in second to Team Kaliber at the CWL Pro League Stage 2 Playoffs.

Now, with Loony gone, that stellar Rise Nation roster has been all but decimated, with TJHaLy and SlasheR having also moved on to OpTic Gaming and 100 Thieves respectively.

With their last remaining player Gunless also slated to leave, the future of the org in Call of Duty esports remains highly uncertain.