Former Counter-Strike: Global Offensive pro player Tyler “Skadoodle” Latham won’t be getting a lift in a helicopter on Blackout any time soon, after the streamer made a hilarious mistake with a grenade.

The American was teaming up with Michael ‘shroud’ Grzesiek and Jeremy ‘anythING’ Davis when the trio decided to jump into a helicopter and fly around while they decided on what their next move would be.

Not long after they lifted off the ground and soared into the sky, an enemy helicopter appeared on the horizon, rapidly advancing on the Skadoodle and his squad. 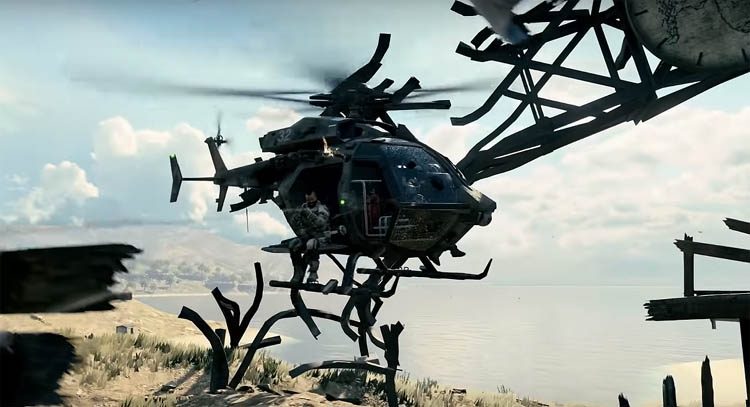 The trio were hoping to use the helicopter to scout the map – but things didn’t quite work out that way.
[ad name=”article2″]

The two helicopters quickly found themselves close to each other, and a battle commenced, as each team tried to take the enemy helicopter out of the sky.

Seeing an an opportunity to do some real damage, Skadoodle pulled a grenade out of his backpack, eyed up the opposing helicopter and threw it, hoping that the damage would be enough to blow it to pieces.

Unfortunately for Latham and the rest of his squad, the grenade never made it to the enemy chopper. Instead, it seemed to get stuck in their own helicopter, blowing it to smithereens and killing all three members of the squad.

“I threw it straight this time,” pleaded Skadoodle, “I threw it away from the chopper!”

Shroud wasn’t buying it, saying: “Tyler, you said that last time, you said that would never happen again,” confirming that this isn’t the first time that Latham has been involved in this kind of incident.

Perhaps Grzesiek should be a little more understanding of mistakes involving helicopters though, as he somehow managed to glitch himself under the map while trying to catch a supply drop with a chopper.