In his flurry of furious tweets, Rated gave his opinion on one of his teammates, and may possibly revealed one of the roster changes.

Red Reserve have been one of the team frequently mentioned in the recent wave of RosterMania rumors. There were apparently talks held to bring in former UNILAD player Matthew ‘Skrapz’ Marshall, and the outcome still remains unclear.

According to Rated it appears that Red will be making a change before the May 7th roster lock, after Tweeting out on May 2nd. 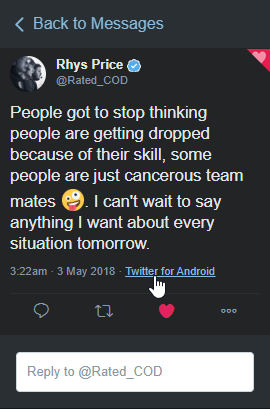 Rated followed that up with another tweet, in which he was very complimentary of teammate Joseph ‘Joee’ Pinnington. 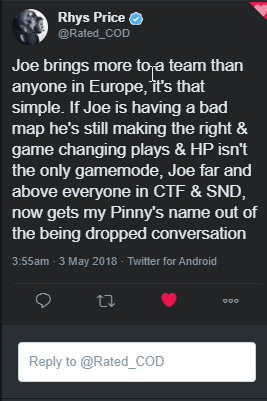 Rated then crystallizes everything with one final tweet, which is actually a reply to CWL caster and analyst Joe ‘MerK’ DeLuca. 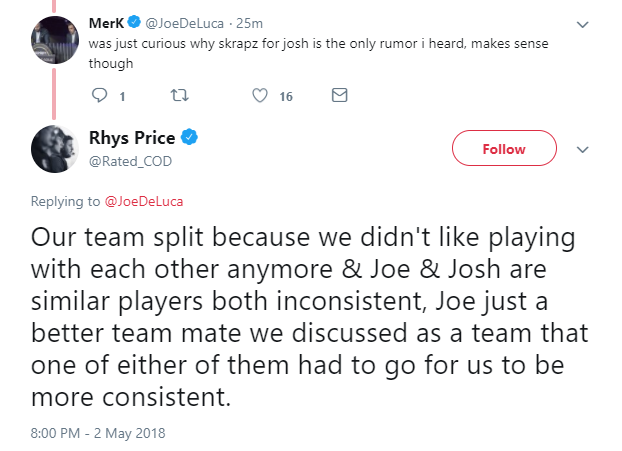 Again, when all of the tweets are taken in context of one another, it appears that the “cancerous teammates” that Rated was referring is likely to be Joshua-Lee “Joshh” Shephard.

However, all of this remains as speculation until something if officially announced and confirmed, which could happen as early as May 3rd.