Rated under fire for ‘apology’ to former Denial CoD roster

Call of Duty professional, Rhys ‘Rated’ Price has faced criticism for a now-deleted tweet in which he apologized to the dropped Denial players, but ended with a taunt to his ‘haters’.

After weeks of speculation, it was confirmed that Red Reserve would be leaving the Call of Duty World League due to a lack of finances with a number of their players opting to join Denial Esports.

Denial dropped their entire CWL roster to bring in Rated, who was joined at the organization by his former Red Reserve teammates Ben ‘Bance’ Bance and Joseph ‘Joee’ Pinnington.

Rated shared his condolences with the dropped roster in a tweet, which has since been deleted, but insisted he had to put his own interests first.

“I understand it’s bad on the French,” he said. “We felt super bad about the situation, but we have just as much right to be in the league as them.”

Though his apology seemed genuine at first, Rated ended the tweet by telling fans to “get off his dick and tickle his balls instead”, following recent criticism directed towards him. 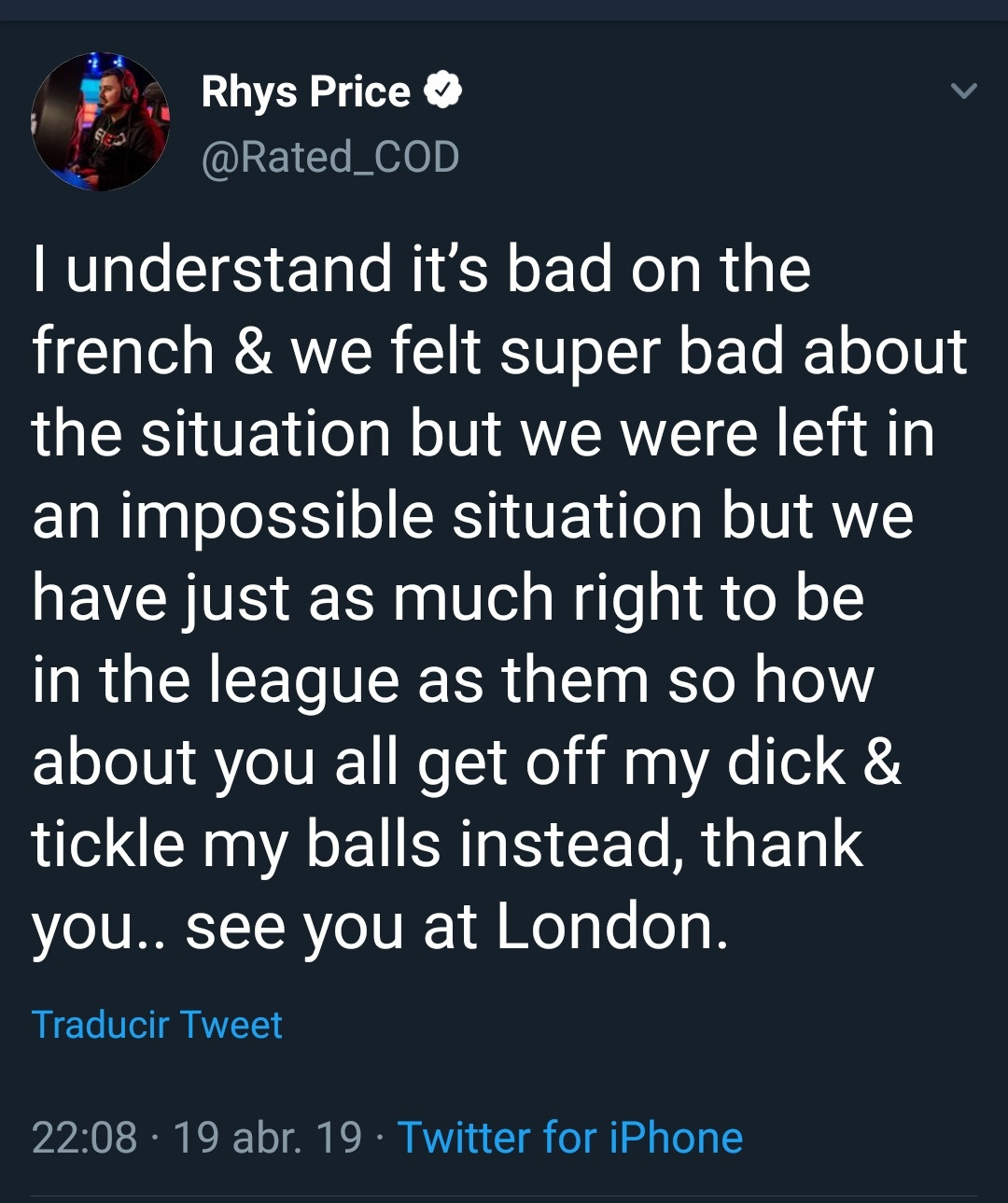 The manner of his apology was heavily scrutinized on Reddit, with Rated being accused of being “insufferable”, among other things.

Rated revealed that the tweet was deleted to avoid a fine from the CWL but stated that he still feels the same way, and would send the same message out again regardless of the hate.

One Reddit user slammed the new Denial member as “cocky”, to which Rated boasted that he was better than 99.9% of the world. 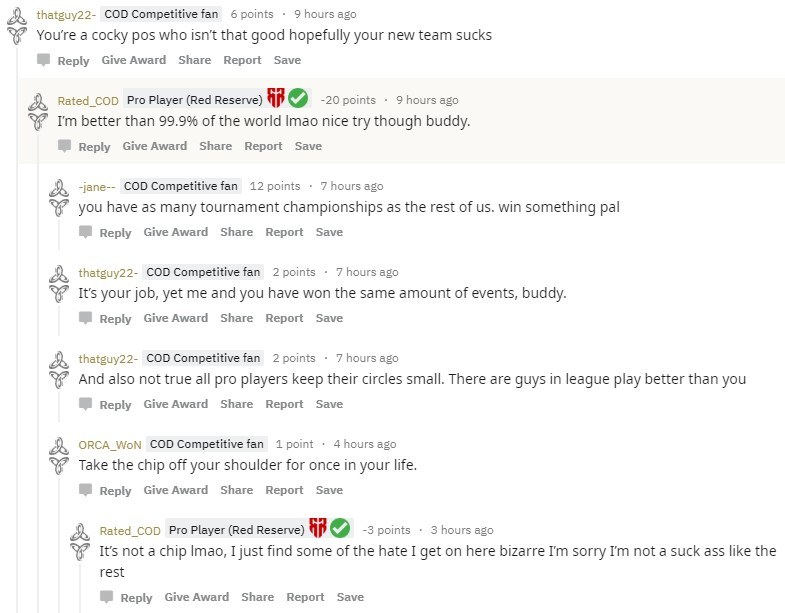 Of course, Rated cannot be solely blamed for Denial’s decision to recruit a new roster, dropping their previous all-French lineup, and the player himself suggested on Twitter that it was entirely Red Reserve’s at fault.

This is all @RedReserve fault, no body else’s.

Nevertheless, Rated will be hoping to put all the negativity behind him and look for a strong result during his first tournament with his new team at CWL London.